Anticipation Is Building For a Boom in US Hiring This Year

By CHRISTOPHER RUGABER AP Economics Writer
WASHINGTON (AP) — With hopes rising for a powerful rebound in hiring this year, Friday’s jobs report for March will provide crucial insight into whether those rosy expectations may prove true.

The most optimistic economists are predicting that the government will report that as many as 1 million jobs were added in March — a blistering gain that would help recover a decent chunk of the 9.5 million jobs that remain lost to the pandemic. Still, the increase might not be quite that large: Overall, economists surveyed by data provider FactSet have forecast an increase of 615,000.

After a year of epic job losses, waves of coronavirus infections, and small business closures, numerous trends are brightening the outlook. Consumer confidence in March reached its highest level since the pandemic intensified. Americans have increased their spending as the latest stimulus checks have been distributed. More states and cities are easing restrictions on restaurants, bars and indoor gatherings. Vaccinations are being increasingly administered, although new confirmed infections have risen from lower levels in recent weeks.

The $1,400 checks in President Joe Biden’s $1.9 trillion economic relief plan have sharply increased consumer spending, according to Bank of America’s tracking of its debit and credit cards. Spending jumped 23% in the third week of March compared with pre-pandemic levels, the bank said.

“We’re seeing a powerful response to stimulus payments from the consumer,” said Michelle Meyer, an economist at Bank of America. “It’s hard to keep up with the economic strength.”

Lower-income Americans responded with particular vigor, with spending among cardholders earning under $50,000 soaring 69% compared with pre-pandemic levels. More than 127 million of the stimulus payments, worth $325 billion, have been distributed.

Spending had begun to rise in March even before the stimulus checks arrived as viral case counts have tumbled from their heights in January. Americans are increasingly willing to venture out from home to travel and eat out, though not yet at their pre-pandemic pace. Roughly 1.5 million people traveled through airports on March 28, according to the Transportation Services Administration. That was roughly eight times the figure of a year ago, although it was still down sharply from 2.5 million on the same day in 2019.

The burgeoning economic activity is showing signs of translating into more jobs.

Karen Fichuk, CEO of Randstad North America, a recruiting firm, said the company is seeking to fill 38% more permanent jobs than it was at the end of last year. Demand for workers is particularly strong in manufacturing, information technology, logistics, and health care.

“We are definitely starting to see the economic recovery reach a turning point, including in the hardest hit industries, such as hospitality,” Fichuk said. “We can hardly keep up.”

Job listings on the website Indeed.com jumped in the last week of March, with available jobs now 13.5% above pre-pandemic levels. Jed Kolko, Indeed’s chief economist, said that job postings in higher-paid sectors, such as financial services and technology, have accelerated in the past couple of months.

That increase is “a sign of longer-term economic confidence,” Kolko said, because employers typically don’t advertise such positions until they’re confident that the prospects for growth are sustainable.

Robust job growth in March, however, will raise an important question: Can it continue at the same pace?

Besides the 9.5 million fewer jobs that now exist in the U.S. economy than just before the virus struck, an additional 2 million or so jobs would have been added in the past year under normal circumstances. That means the U.S. economy still needs roughly 11.5 million more jobs to regain something close to full health.

Louise Sheiner, a senior fellow at the Brookings Institution and formerly an economist at the Federal Reserve, estimates that hiring could average between 700,000 and 1 million a month for the rest of the year, if the economy expands at the 6.5% pace that the Fed and many economists expect. That would leave total job growth for 2021 at somewhere between 7 million and 10 million.

In part, her forecast is based on the fact that the pandemic recession has deeply hurt labor-intensive parts of the economy, from hotels and restaurants to health care and the entertainment industry. A recovery in those sectors, even a partial one, would require significantly more hiring. In addition, Sheiner said, higher consumer spending, fueled by stimulus checks and pent-up savings, should drive job growth in other industries.

For now, some recent economic figures have been disappointing, because of unseasonably cold weather and damaging storms in Texas and some other Southern states during February. Sales at retail stores, home construction and demand for large factory goods all slipped in that month.

Yet the bounce-back from the severe weather may add to hiring gains in March, economists say. Construction companies could be one example. Collectively, they cut 61,000 jobs in February. But demand for new homes remains high, and most analysts say they think construction jobs snapped back in March. 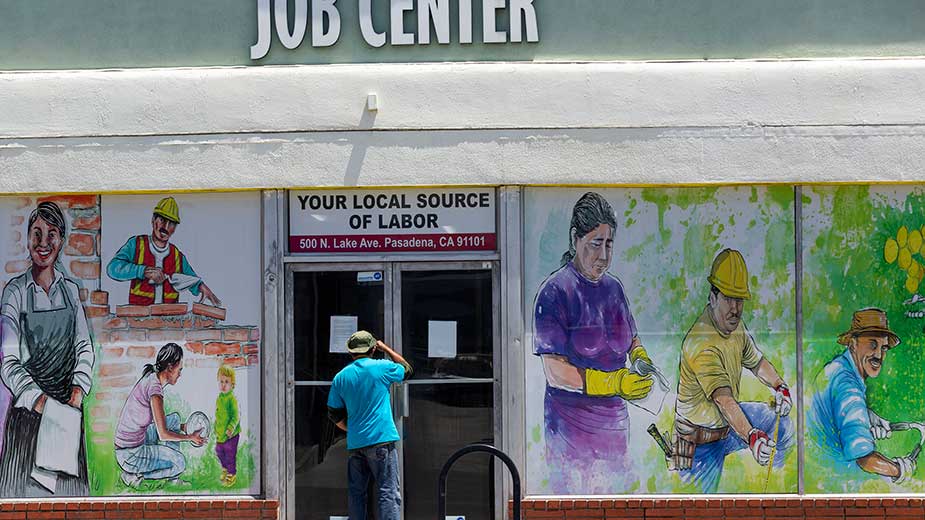 Poll: 15% of Americans Worse Off a Year into Pandemic

By SARAH SKIDMORE SELL  AP Personal Finance WriterWhile most Americans have weathered the pandemic financially, about 38 million say they […]