By JONATHAN LEMIRE, KEVIN FREKING and ZEKE MILLER Associated Press
PITTSBURGH (AP) — President Joe Biden outlined a huge $2.3 trillion plan Wednesday to reengineer the nation’s infrastructure in what he billed as “a once-in-a-generation investment in America” that would undo his predecessor’s signature legislative achievement — giant tax cuts for corporations — in the process.

Speaking at a carpenters union training center in Pittsburgh, Biden drew comparisons between his hard-hatted proposed transformation of the U.S. economy and the space race — and promised results as grand in scale as the New Deal or Great Society programs that shaped the 20th century.

“It’s not a plan that tinkers around the edges,” Biden said. “It’s a once-in-a-generation investment in America unlike anything we’ve seen or done since we built the interstate highway system and the space race decades ago. In fact, it’s the largest American jobs investment since World War II. It will create millions of jobs, good-paying jobs.”

White House officials say the spending would generate those jobs as the country shifts away from fossil fuels and combats the perils of climate change. It is also an effort to compete with the technology and public investments made by China, which has the world’s second-largest economy and is fast gaining on the United States’ dominant position.

“I’m convinced that if we act now, in 50 years people are going to look back and say this is the moment when America won the future,” Biden said.

The Democratic president’s infrastructure projects would be financed by higher corporate taxes — a trade-off that could lead to fierce resistance from the business community and thwart attempts to work with Republican lawmakers. Biden hopes to pass an infrastructure plan by summer, which could mean relying solely on the slim Democratic majorities in the House and the Senate.

The higher corporate taxes would aim to raise the necessary piles of money over 15 years and then reduce the deficit going forward. In doing so, Biden would undo the 2017 tax overhaul by President Donald Trump and congressional Republicans and lift the corporate tax rate to 28% from the 21% rate.

Wednesday’s announcement will be followed in coming weeks by Biden pushing a companion bill of roughly equal size for investments in child care, family tax credits and other domestic programs. That nearly $2 trillion package would be paid for by tax hikes on wealthy individuals and families.

Biden’s choice of Pittsburgh for unveiling the plan carried important economic and political resonance. He not only won Pittsburgh and its surrounding county to help secure the presidency, but he launched his campaign there in 2019. The city famed for steel mills that powered America’s industrial rise has steadily pivoted toward technology and health care, drawing in college graduates in a sign of how economies can change.

The White House says the largest chunk of the proposal includes $621 billion for roads, bridges, public transit, electric vehicle charging stations and other transportation infrastructure. The spending would push the country away from internal combustion engines that the auto industry views as increasingly antiquated technology.

An additional $111 billion would go to replace lead water pipes and upgrade sewers. Broadband internet would blanket the country for $100 billion. Separately, $100 billion would upgrade the power grid to deliver clean electricity. Homes would get retrofitted, schools modernized, workers trained and hospitals renovated under the plan, which also seeks to strengthen U.S. manufacturing.

The new construction could keep the economy running hot, coming on the heels of Biden’s $1.9 trillion coronavirus relief package.  Economists already estimate it could push growth above 6% this year.

To keep companies from shifting profits overseas to avoid taxation, a 21% global minimum tax would be imposed. The tax code would also be updated so that companies could not merge with foreign businesses and avoid taxes by moving their headquarters to a tax haven. And among other provisions, it would increase IRS audits of corporations.

Biden appealed for Republicans and the business community to join him in negotiations on the bill, but the legislative prospects for Biden’s twin proposals already appear to hinge on Democrats coming up with the votes on their own through the budget reconciliation process, which requires just a simple majority in the 50-50 Senate.

“I’m going to bring Republicans into the Oval Office, listen to them, what they have to say and be open to other ideas,” Biden said. “We’ll have a good faith negotiation. Any Republican who wants to help get this done. But we have to get it done.”

“I look forward to working with President Biden to pass a big, bold plan that will drive America forward for decades to come,” Schumer said at an event in Buffalo.

But Republican opposition to Biden’s ambitious proposal came swiftly, and with resolve for the long brawl ahead.

Senate Republican leader Mitch McConnell dismissed the package as nothing more than a “Trojan horse” for tax hikes.

Republicans on Capitol Hill view the fight as a defining moment for the parties, framing it as a choice between Democrats intent on relying on government to solve the nation’s problems and a GOP that believes the private sector can best unleash the nation’s potential.

Smarting over Biden’s intent to undo the 2017 tax cuts has only solidified what could amount to a wall of GOP opposition.

The business community favors updating U.S. infrastructure but dislikes higher tax rates. U.S. Chamber of Commerce Executive Vice President and Chief Policy Officer Neil Bradley said in a statement that “we applaud the Biden administration for making infrastructure a top priority. However, we believe the proposal is dangerously misguided when it comes to how to pay for infrastructure.” The Business Roundtable, a group of CEOs, would rather have infrastructure funded with user fees such as tolls.

Trump, in a statement, blasted his successor’s proposal, claiming it “would be among the largest self-inflicted economic wounds in history.”

“I am proud that the American Jobs plan calls for the electrification of the auto industry, including our school buses, diesel trucks and public transportation vehicles,” Ryan said in a statement. “With the investments already made here in Voltage Valley in battery and vehicle production, and the research in clean-energy being done here by local companies and our energy and software incubators, we are well-positioned to not only take full advantage of these investments, but to continue to lead the way in the future of clean energy innovation.”

Brown praised the plan, saying much of the burden would be placed on large corporations.

“This plan would be paid for by ensuring this country’s largest corporations pay their fair share in taxes and are encouraged to create jobs here at home. A recent study found that 91 Fortune 500 companies paid $0 in federal taxes on U.S. income in 2018, and that the average corporation paid just 8 percent in taxes,” he said in a statement. “This plan rebuilds American infrastructure by putting Ohioans to work at good-paying jobs that cannot be shipped overseas, and positions America to lead the world in the industries of tomorrow. This is an investment in the Ohio towns, neighborhoods, and homes that have been overlooked by Washington and Wall Street for too long.”

While Portman voiced support for the goals of the infrastructure plan, he said the $2 trillion cost and “inclusion of broad policy priorities” would “undermine our economy.

“The Biden Administration’s plan redefines infrastructure to include hundreds of billions of dollars of spending on priorities like health care, workforce development, and research and development,” Portman said. “To pay for part of this massive new spending package, President Biden proposes steep new taxes on businesses which will hurt working families and last more than a decade. This is the wrong approach, and will only undermine our economy at a time when we are beginning to recover. … We can work together to find common-sense ways to pay for real infrastructure legislation without resorting to partisan tax hikes that will hurt our economy.”

Meanwhile, Kelly decried the package as “one of the largest tax increases in American history.

Infrastructure spending usually holds the promise of juicing economic growth, but by how much remains a subject of political debate. Commutes and shipping times could be shortened, while public health would be improved and construction jobs would bolster consumer spending.

Standard & Poor’s chief U.S. economist, Beth Ann Bovino, estimated last year that a $2.1 trillion boost in infrastructure spending could add as much as $5.7 trillion in income to the entire economy over a decade. Those kinds of analyses have led liberal Democrats in Congress such as Washington Rep. Pramila Jayapal to conclude, “The economic consensus is that infrastructure pays for itself over time.”

But the Biden administration is taking a more cautious approach than some Democrats might like. After $1.9 trillion in pandemic aid and $4 trillion in relief last year, the administration is trying to avoid raising the national debt to levels that would trigger higher interest rates and make it harder to repay.

Biden’s efforts may also be complicated by demands from a handful of Democratic lawmakers who say they cannot support the bill unless it addresses the $10,000 cap on individuals’ state and local tax deductions put in place under Trump and a Republican-led Congress.

With a narrow majority in the House, those Democrats could conceivably quash any bill that doesn’t significantly lift the cap or repeal it entirely. 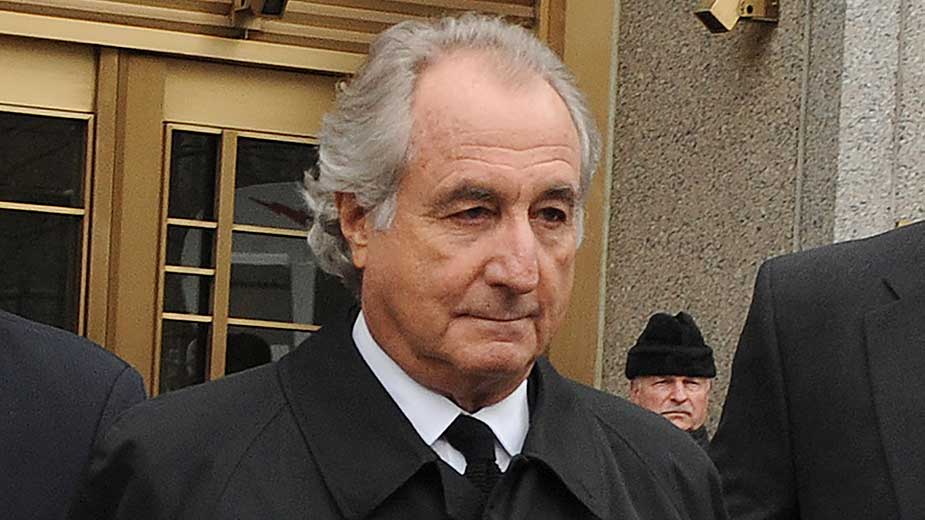 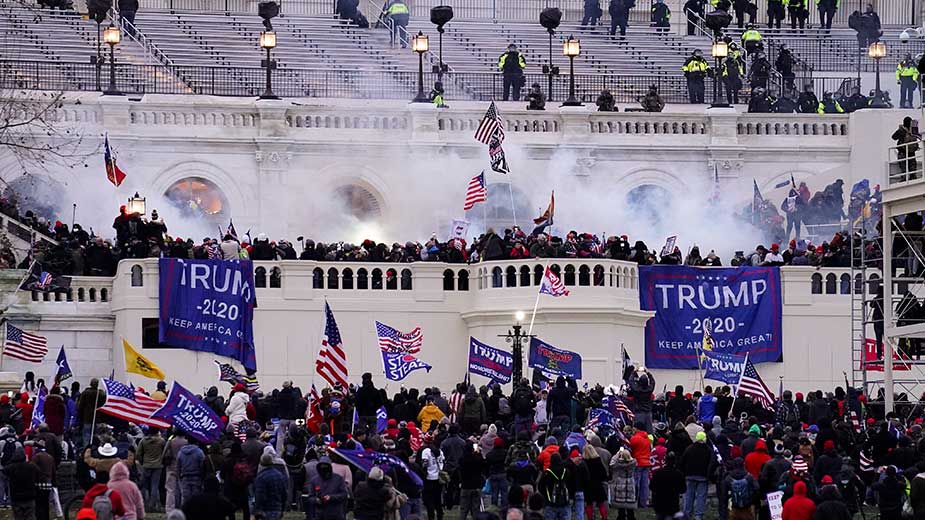 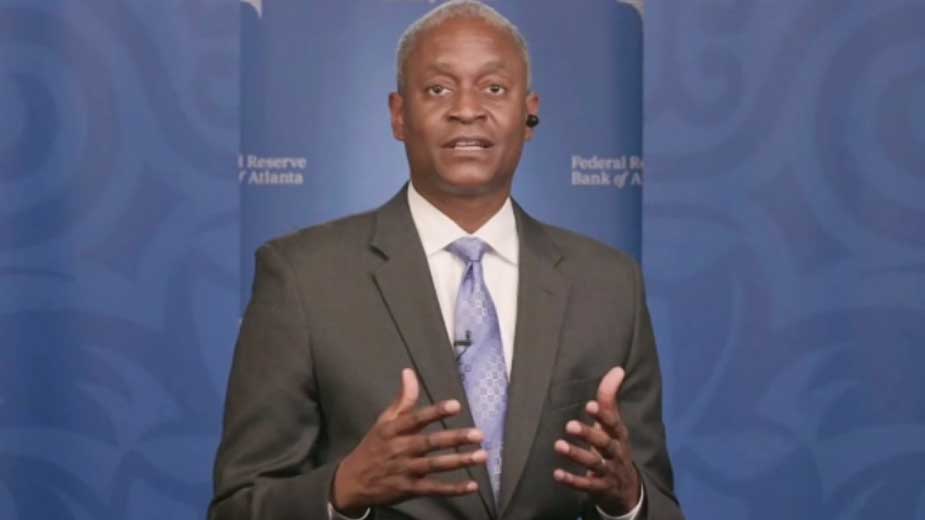