CANFIELD, Ohio – When Amber Wallace graduated from Youngstown State University with a degree in communications, she applied her love for organizational communications to the nonprofit world.

For 11 years, she helped to organize the American Cancer Society’s first Relay for Life in Ohio. And while she enjoyed organizing the relay and other functions, she remained very interested in the role communications play in how an organization operates and behaves.

“There was part of me that really wanted to help a business grow, go more on the private side and impact a business’s performance with some of the skills that I had,” Wallace says. “And that’s how I ended up transferring from nonprofit to banking.”

As chief retail and marketing officer for Farmers National Bank of Canfield, a position she’s held since 2008, Wallace leads its marketing team in developing its branding, organizing events and community involvement efforts, and produces content, such as the Blue Table Talk video series of the bank.

Wallace shared her story with students during a live webinar for the Brain Gain Navigators series. She joined Mark Nicastro, chief human resources officer for Farmers, to answer questions about careers in financial services and community banking.

For many, a career in banking usually begins as a teller. It’s a great way to start for individuals who are used to counting money and are good with numbers, Wallace says. Working part time as a teller can be the first step in a banking career, particularly for those pursuing a college degree in financial services.

“Kevin Helmick, our CEO, actually started his career at Farmers as a part-time teller and grew his career from within the bank,” she says. “He has a master’s degree from Case Western – he has an MBA. He’s very highly educated. But he worked at the bank throughout his educational journey. And that was a great experience for him.”

As tellers learn more about the job, as well as the products and services offered, they can ascend to the role of a universal banker, or branch manager. During a tour of Farmers, The Business Journal spoke to Ricardo Cruz, lab branch manager at Farmers, about his job.

A bank teller is the “frontline person” who interacts directly with the customers every day.

“I love my job,” Cruz says. “You feel your impact on the community as you see how you help people in their daily lives. And you see the response that you get back from them and the positive feedback that you get.”’

Depending on the department, entry level jobs at the bank typically pay $11 to $13 hourly, Nicastro says. Programs such as Farmers’ President’s Club allow employees to earn incentives by meeting goals and achieving benchmarks.

For those who want to pursue a more specialized career in financial services, a college degree is essential, Nicastro says. Some positions require only a two-year associate degree. The more advanced positions often require a baccalaureate, he says.

“We need to see some of those credentials that allow us to know that you have the foundation to do the work that’s inherent in that job,” Nicastro says.

Such positions include loan mortgage origination, commercial lending and wealth management, all of which Farmers has in-house. While these positions aren’t necessarily working with the typical daily customer, they are very much engaged with the community, according to Nicastro.

“What I do is help people realize their dreams of home ownership,” says Juan Santiago, mortgage originator. “Whether it’s building your first home, buying your first home, down-sizing into a condominium or refinancing a mortgage into a lower rate, I’m here to help you with that process.”

“Commercial lenders are sort of like that lifeline that they need for their business,” he says. “They’re passionate about their business. And we are too. We’re partners with them.”

Some of those small-business owners then work with Farmers’ wealth management team, which serves the more affluent clients of the bank, says Mark Wenick, chief wealth management officer. Through programs like Wealth Management 360, wealth managers “are able to offer them not only a broad-based selection of banking products. We’re also able to branch off and talk about investments,” he says.

Not all careers in banking deal with money, however. In addition to Wallace and Nicastro’s specialties – marketing and HR, respectively – information technology plays a major role in modern banking.

“Those types of disciplines – they’re needed in every company,” Nicastro says. “It helps if you know some of the terminology. But you don’t need to have a financial background to do those jobs for a bank or wealth management firm.”

As banks increasingly rely on mobile applications and automated tellers, like the one inside the Farmers lab branch at 4538 Boardman-Canfield Road, IT is becoming increasingly important.

Brian Jackson, chief information officer at Farmers, holds a degree in computer science. He says there are many disciplines within IT that can be applied to banking.

“This is a great time to be in information technology,” Jackson says. “We have things such as networking, cybersecurity, programming, help-desk management. So this is a great career.”

While remote banking increases in popularity, a need remains for retail banking associates, particularly during the summer and holidays. Farmers offers a seasonal employee program that lets students get their foot in the door to learn the various aspects of banking. The company also hosts internships in other departments, such as marketing, IT and wealth management.

“And that’s a great way to get college students who are pursuing a particular degree to get some real-world experience with the type of work that they would get once they graduate with their degree,” Nicastro says.

As for high school students who might be interested in a banking career, Nicastro and Wallace suggest they inquire about shadow opportunities.

“I’ve had several students throughout my career reach out to me because they’ve had an interest in the field,” Wallace says. “I’ve invited them to come on in for the day. And I’ve given them a tour and spent some time with them.”

Nicastro agrees and emphasizes the importance of talking to professionals about their careers.

“Ask them about their failures, ask them about their successes. … I never learned a whole lot from my successes. Because I was successful, I didn’t have to evaluate it,” he says. “But boy, if I lost a tennis match in college, or I failed on a paper, I had to go back and look at that and say, ‘What happened? What went wrong?’ So don’t think of a failure as an ending. That’s where you start to learn.”

In addition to asking professionals about their careers, Nicastro recommends students work hard in mathematics and, if their schools offer them, to take courses in ethics.

“It is all about ethical behavior,” he says. “We have a responsibility to treat our clients with the utmost respect and confidentiality and ethics goes right along with that.”

Wallace and Nicastro advise students it’s never too early to start planning and to explore the many opportunities that exist in banking and other industries. Whether a student is in high school or college, they recommended students get the most out of their experiences, both in academics and extracurricular activities, such as student government or joining a fraternity or sorority.

“Try to become part of the leadership group there. Become an officer. Play a sport. Become more involved in just the school. But as you go, don’t be afraid to try new things,” Nicastro says. 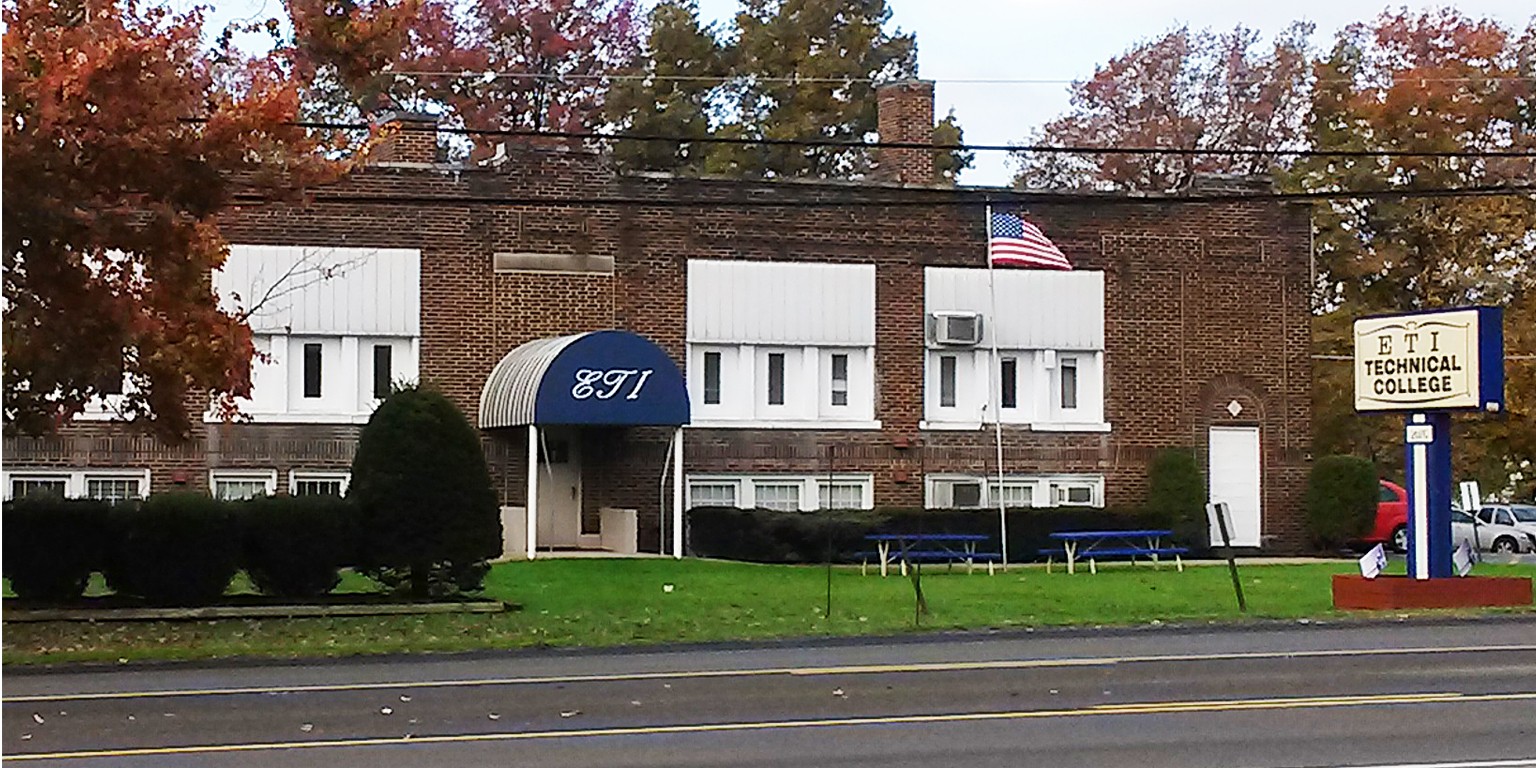 YOUNGSTOWN, Ohio – With companies in desperate need of a qualified workforce, students at local trade schools are a hot commodity. Across the area, students in nearly all fields – from skilled trades to cosmetology and beyond – have many… 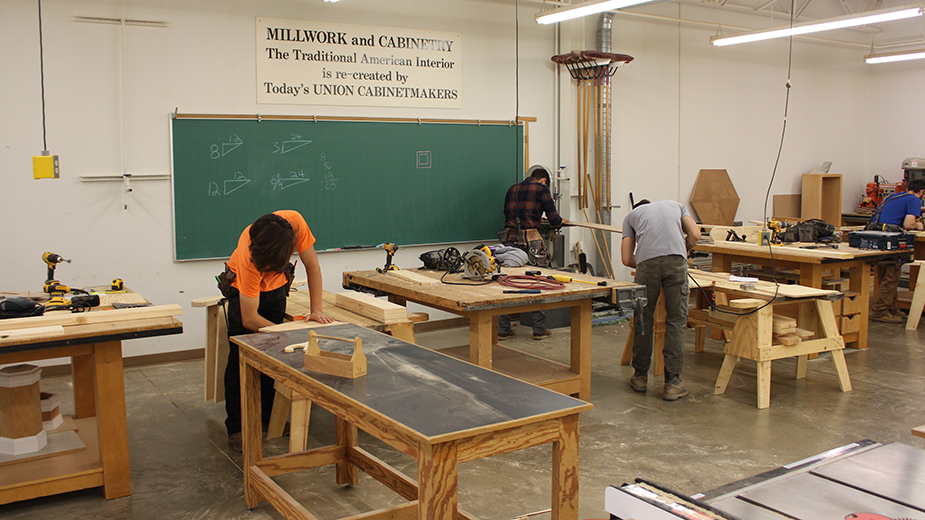 RICHFIELD, Ohio – Columbiana’s Justin Coie, a fourth-year apprentice at the Northeast Ohio Carpenters’ Training Center, was working for his father in a hardware store when he was 29 years old. He worked with a retired carpenter who explained to… 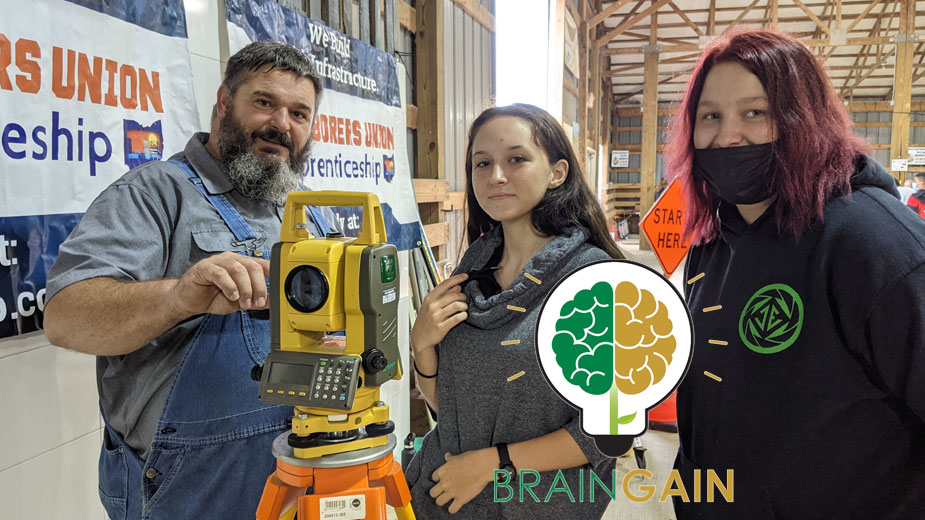 CANFIELD, Ohio — About 5,000 students are expected to attend the Mahoning Valley Skilled Trades Expo to learn more about a career in the trades looks like and what opportunities exist. In this video we hear from students, educators and…