By KEVIN FREKING Associated Press
WASHINGTON (AP) — House Democrats released a plan Friday for spending $547 billion over the next five years on road, mass transit and rail projects, a blueprint for what they want parts of President Joe Biden’s broader infrastructure proposal to look like.

The proposal from Rep. Peter DeFazio, the Democratic chairman of the House Transportation and Infrastructure Committee, is a policy bill that continues existing programs set to expire and with key pieces of a larger measure President Joe Biden and Republicans are negotiating.

Biden is holding another round of talks Friday with the lead Senate Republican negotiator, Sen. Shelley Moore Capito of West Virginia. In his meeting earlier this week with Capito, Biden offered tax concessions aimed at reaching a bipartisan compromise on his overall infrastructure proposal.

The two sides are at odds over how to pay for infrastructure projects, with Republicans ruling out higher corporate taxes and the White House rejecting a GOP proposal to use unspent COVID-19 relief funds.

Biden proposed a 15% minimum tax on corporations — there’s no minimum tax now on corporate profits — and the possibility of additional revenues from increased IRS enforcement.

He is seeking roughly $1 trillion in new infrastructure spending, down from an initial pitch of $2.3 trillion. Senate Republicans have countered with only $257 billion in additional spending on infrastructure as part of a $928 billion package.

DeFazio’s legislation, a reauthorization of surface transportation programs set to expire Sept. 30, doesn’t address how to pay for the projects. He tacked on major investments in passenger and freight rail, key pieces of Biden’s $1.7 trillion American Jobs Plan within his committee’s jurisdiction. He called the effort a “once-in-a-generation opportunity to move our transportation planning out of the 1950s and toward our clean energy future.”

The bill is being closely watched as a building block toward a broader infrastructure package. DeFazio’s panel is expected to debate and vote on the measure next week. It is not expected to attract much GOP support, as Republicans unveiled their own legislation recently that would authorize about $400 billion over five years for road, bridge and transit programs.

A similar dynamic is playing out in the Senate, where a panel recently passed its version of the highway bill unanimously, but the lawmakers didn’t have to vote yet on how they would pay for it.

DeFazio’s legislation used as a starting point a bill that passed his committee last year without GOP support and was then rolled into a $1.5 trillion infrastructure package that passed the House but went nowhere in the Senate.

The bill would boost investment in roads and bridges by about 54% with an emphasis on fixing existing infrastructure. It would dedicate about $4 billion to electric vehicle charging stations and would provide record levels of investment for pedestrian and cyclist pathways. It would also seek to reconnect low-income communities divided by highways with a $3 billion program “to correct mistakes of the past.”

Business groups such as the U.S. Chamber of Commerce and the Business Roundtable have called on lawmakers to continue negotiations and work toward a bipartisan compromise.

But some Democrats have questioned the merits of that approach and are already unhappy with some of the compromises that Biden has offered. They support using a process that would allow Democrats to pass an infrastructure boost with a simple majority, which they did through a COVID-19 relief measure that delivered $1,400 payments to most Americans.

“Getting Republicans on board is not necessary. Getting the American people back on their feet is,” Rep. Jamaal Bowman, D-N.Y., said Thursday night.

Pictured: In this photo taken Thursday, May 27, 2021, Sen. Shelley Moore Capito, R-W.Va., the GOP’s lead negotiator on a counteroffer to President Joe Biden’s infrastructure plan, speaks at a news conference as she is joined by, from left, Sen. Pat Toomey, R-Pa., Sen. John Barrasso, R-Wyo., chairman of the Senate Republican Conference, and Sen. Roy Blunt, R-Mo., at the Capitol in Washington. (AP Photo/J. Scott Applewhite) 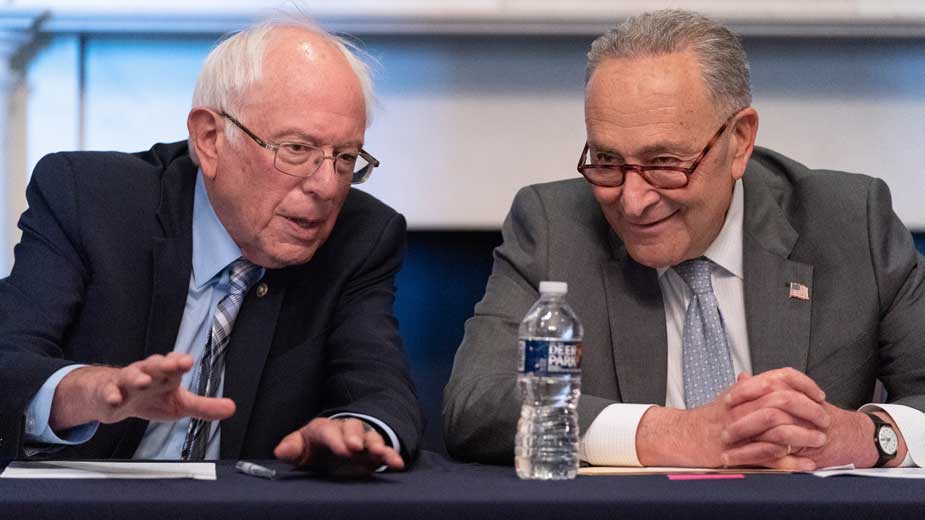 By LISA MASCARO AP Congressional CorrespondentASHINGTON (AP) — Democrats are eyeing a $6 trillion infrastructure investment plan that goes far beyond roads and bridges to include core party priorities, from lowering the Medicare eligibility age to 60 and adding dental,… 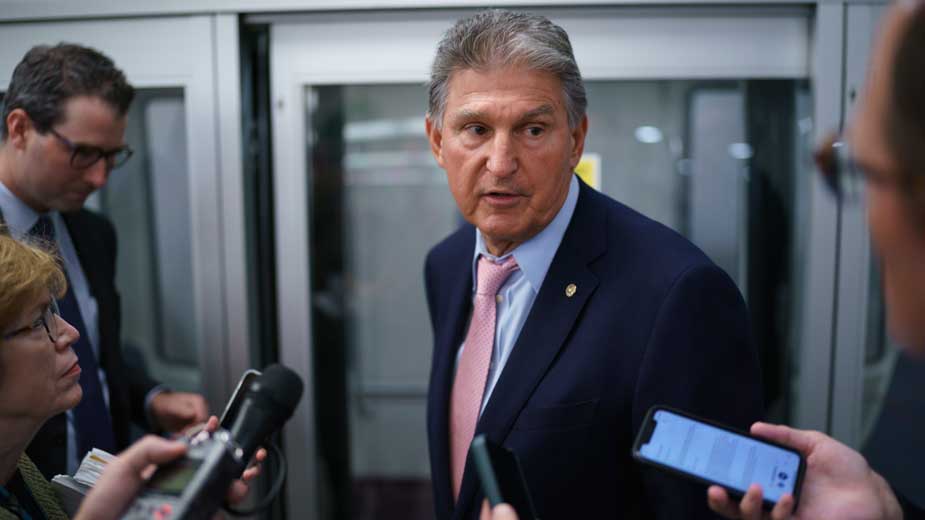 By LISA MASCARO AP Congressional CorrespondentWASHINGTON (AP) — A bipartisan senators’ group working on a $1 trillion infrastructure compromise more than doubled in size to 21 members Wednesday, a key threshold that gives momentum to their effort as President Joe Biden returns…