YOUNGSTOWN, Ohio – Flor “Shorty” Navarro and his wife, Elba Lillian, know the value of dedication and hard work. That hard work allowed them to donate $1 million to Youngstown State University.

“I started with nothing, and it’s all about working hard,” Navarro told a large crowd of friends gathered Wednesday in the lobby of Tod Hall. “I was very lucky that I had a good mom and dad, and my father was a very hard-working man, and my mother was the same way. So I learned from them about working hard.”

It’s in this spirit that the Navarros — married 50 years – made their gift to endow a scholarship and another fund to increase the number of work opportunities for students on campus.

Half of their gift will support student scholarships, the other half to provide funding for student work opportunities, said Paul McFadden, president of the Youngstown State University Foundation.

“This endowment will produce $40,000 annually, forever,” McFadden said. “This gift will impact generations of students.”

Shorty Navarro, the oldest of 11 children, moved with his family to Youngstown from Puerto Rico at age 14, where he landed his first job at a service station on Wilson Avenue. At age 16, while still in East High School and with his father as a co-signer, Navarro bought that station from the owner.

After serving in the Marine Corps, Navarro started in business by selling used cars, which he did 22 years. In 1982, he opened his first new-car Lincoln-Mercury dealership on Wick Avenue and eventually expanded his holdings to 11 franchises. He has since sold all of those dealerships except his Stadium GM dealership in Salem.

Elba Lillian Navarro, a graduate of South High School, became a hairdresser before enrolling at YSU, where she eventually earned a baccalaureate and master’s degree in Spanish, reading and education. She taught 30 years in the Youngstown City School system, retiring from Chaney High School.

“You have to work hard,” Elba said, recalling how she and her husband sold their house to purchase the lot on Wick Avenue, which formed the basis of the growing dealership. “It was not easy.”

In 2010, the Association of Fundraising Professionals named Shorty Navarro Outstanding Philanthropist in the Mahoning Valley. In 2001, the couple established a $100,000 scholarship to benefit Hispanic students who attend YSU and that same year gave a new building to house the Organizacion Civica y Cultural Hispana Americana Inc., or OCCHA.

YSU President Jim Tressel saluted the Navarros, among the leading philanthropists in the Mahoning Valley, along with more than 20 students who are also employees of the university.

“I want everyone in the room to know about the impact they’ve made and the journey they’ve traveled,” Tressel said of the Navarros. “He and Elba, because of their hard work and good fortune, have the opportunity to make this gift today.”

Some 1,800 students work part-time on campus, Tressel noted, which is convenient for them because they have busy academic schedules and aren’t burdened by traveling back and forth from their jobs.

Tressel praised the couple’s record of philanthropy, emphasizing that this most recent gift “will impact many, many students. It was also a wonderful message to all of us. This is an extraordinary day.”

YCSD Gets Ready for New Year as Food Distributions Wind Down

YOUNGSTOWN, Ohio – Tod Morris, principal at Taft Elementary School in Youngstown, hopped in the bed of his truck on […]

By COLLIN BINKLEY AP Education WriterInternational students will be forced to leave the U.S. or transfer to another college if […] 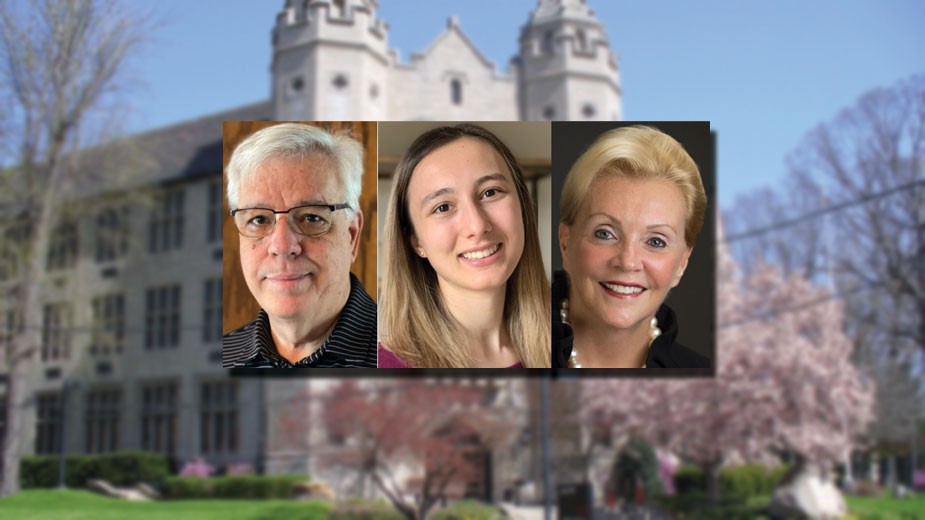 3 New Members Named to YSU Board of Trustees

YOUNGSTOWN, Ohio – Youngstown State University has added three new members to its Board of Trustees: Joseph Kerola, president and […]