By JULIE CARR SMYTH Associated Press
COLUMBUS, Ohio (AP) — Democrats objected strongly to Ohio House Republicans’ new congressional map Wednesday, complaining that they had no time to review it in advance and few of the details they needed to do so.

“We are utilizing the people’s money, and people deserve better than this,” she said.

The complaints followed a series of missed deadlines and one party-line vote amid new redistricting protocols Ohioans voted overwhelmingly to establish in the state Constitution.

At issue is the once-per-decade requirement that states redraw its congressional districts to reflect updated census figures. Ohio lost one U.S. House district, going from 16 to 15, as a result of lagging population in the 2020 census. The survey’s results were delayed this year because of the coronavirus pandemic, affecting Ohio’s process.

Sponsoring state Rep. Scott Oelslager, a North Canton Republican, described the map proposed Wednesday as “constitutionally compliant” with what voters approved and with the Voting Rights Act. He said eight of its districts lean Republican, five are competitive and two lean Democratic.

Ohio’s current congressional delegation is made up of 12 Republicans and four Democrats. A 2019 Associated Press analysis of partisan gerrymandering found that Ohio Republicans won at least three more U.S. House seats than would have been expected based on the average share of the votes that Republicans received.

State Rep. Shane Wilkin, the Republican chair of the House State Government Committee, dismissed pleas from Howse and other Democrats, who said they needed a written copy of Oelslager’s testimony and the “shape files” that allow experts to crunch detailed census and party data.

Wilkin also declined state a request from Rep. Tavia Galonski, an Akron Democrat, for the committee to recess so Democrats could analyze the map before posing their questions.

Asked if he would waive a requirement that testimony on the map be submitted 24 hours in advance, given another hearing was scheduled for Thursday, Wilkin said, “The chair will be as flexible as they possibly can.”

An Ohio Senate panel was expected to propose its own version of the new congressional map later Wednesday.

The process of drawing the districts has fallen to the state Legislature after the new Ohio Redistricting Commission missed its deadline to take first action in the process. Lawmakers have until the end of the month to complete the map-making process. A 10-year map would require support from at least half of House Democrats. Otherwise, the map would have to abide by more stringent requirements and would last only four years.

By JOSH BOAK and KEVIN FREKING Associated PressWASHINGTON (AP) — President Joe Biden’s $1.85 trillion plan to boost social and education programs as well as protect against global warming has passed the House, pushing it one step closer to law. The…

By AAMER MADHANI and TOM KRISHER Associated PressWASHINGTON (AP) — President Joe Biden is highlighting billions of dollars in his giant bipartisan infrastructure deal to pay for the installation of electric vehicle chargers across the country, an investment he says will go a long… 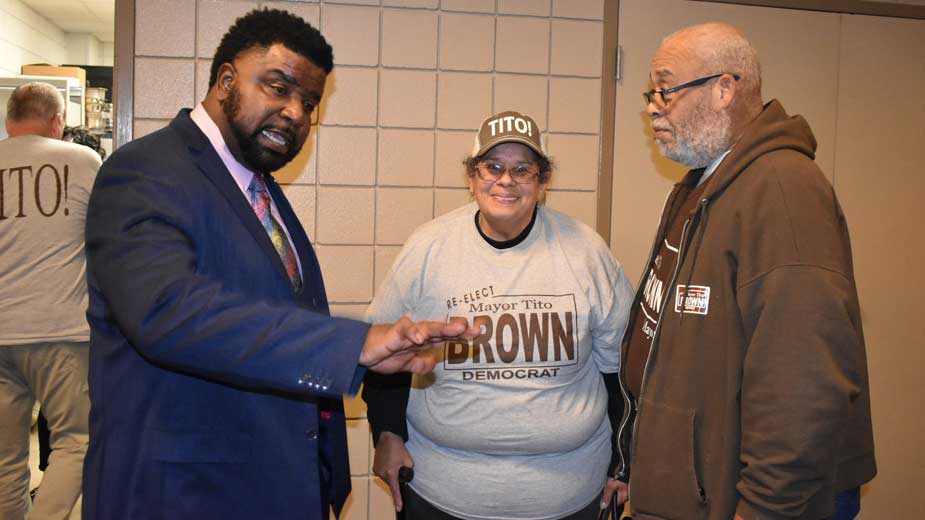 YOUNGSTOWN, Ohio — Mayor Jamael Tito Brown cruised to re-election Tuesday, winning 60.21% of the ballots cast in the general election.  Brown defeated two other candidates who appeared on the ballot and five write-in candidates to secure a second term.…