He said vaccinations have surged across the state since the lottery program was launched. Vaccinations among 16- and 17-year-olds jumped 94%; the 20-49 age group was up 55% and 18-19-year-olds were up 46%, the Republican governor said.

Topping county growth was Athens County, home of Ohio University, with a 144% jump in vaccinations, followed closely by Harrison, Morgan and Seneca counties.

DeWine said 2,758,470 Ohioans had registered by phone or a website for the drawing by midnight Sunday. Participants’ registrations make them eligible for the next four drawings.

The winners will be announced Wednesday night at the end of the Ohio Lottery’s Cash Explosion TV show, and then each Wednesday for the next four weeks. The agency conducted the first drawing Monday afternoon at the Ohio Lottery’s draw studio in Cleveland using a random number generator to pick the winners ahead of time. The state must verify eligibility before confirming winners.

Vax-a-Million is open to permanent Ohio residents who have received either the one-dose Johnson & Johnson vaccine or their first part of the two-dose Pfizer or Moderna vaccination.

Both adults hoping for the $1 million prize and teenagers looking for the college scholarships can register themselves, but parents or legal guardians must verify their eligibility.

Participants must register to enter by phone or via the Vax-a-Million website, with names carried over week to week.

DeWine announced the lottery May 12 as means of drumming up enthusiasm for COVID-19 vaccinations as the number of people receiving doses plummeted.

“I know that some may say, ‘DeWine, you’re crazy! This million-dollar drawing idea of yours is a waste of money,’” he said at the time. But the real waste, when the vaccine is now readily available, “is a life lost to COVID-19,” the governor said.

The concept seemed to work, at least initially. The number of people in Ohio age 16 and older who received their initial COVID-19 vaccine jumped 33% in the week after the state announced its million-dollar incentive lottery, according to an Associated Press analysis.

But the same review also found that vaccination rates are still well below figures from earlier in April and March.

State Health Director Stephanie McCloud has said the incentives were “needed to reinvigorate interest” in getting vaccinated and that there was a “dramatic increase in vaccinations” in the 16-and-older group.

Pictured: In this Thursday, April 8, 2021, file photo, Kent State University student Regan Raeth, of Hudson, Ohio, looks at her vaccination bandage as she waits for 15 minutes after her shot in Kent, Ohio. (AP Photo/Phil Long, File)

YOUNGSTOWN, Ohio – The city will utilize COVID-19 assistance funds to create a workforce development consortium.  The $35,000 contract with Mahoning Valley College Access Program approved by the Board of Control represents nearly half of the $74,600 in spending from city coronavirus funds… 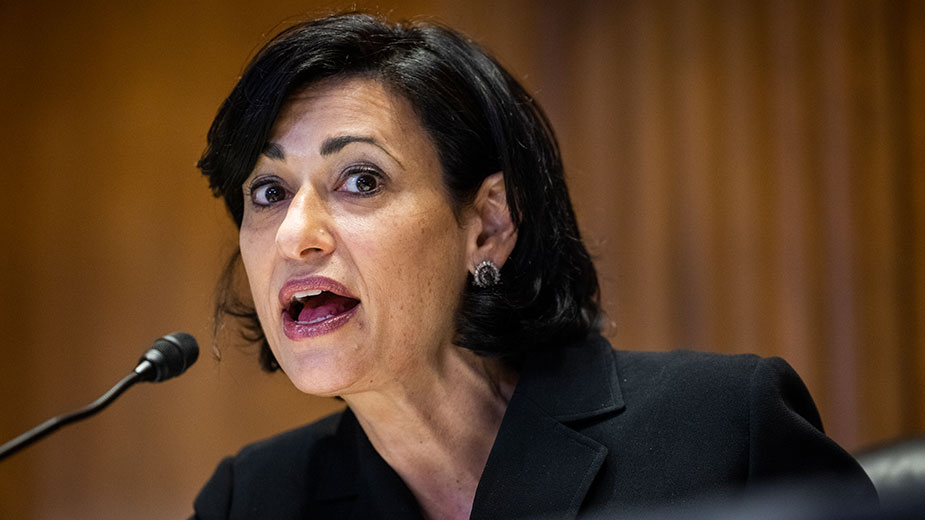 By ASHRAF KHALIL Associated PressWASHINGTON (AP) — The Biden administration has extended the nationwide ban on evictions for a month to help tenants who are unable to make rent payments during the coronavirus pandemic, but it said this is expected to… 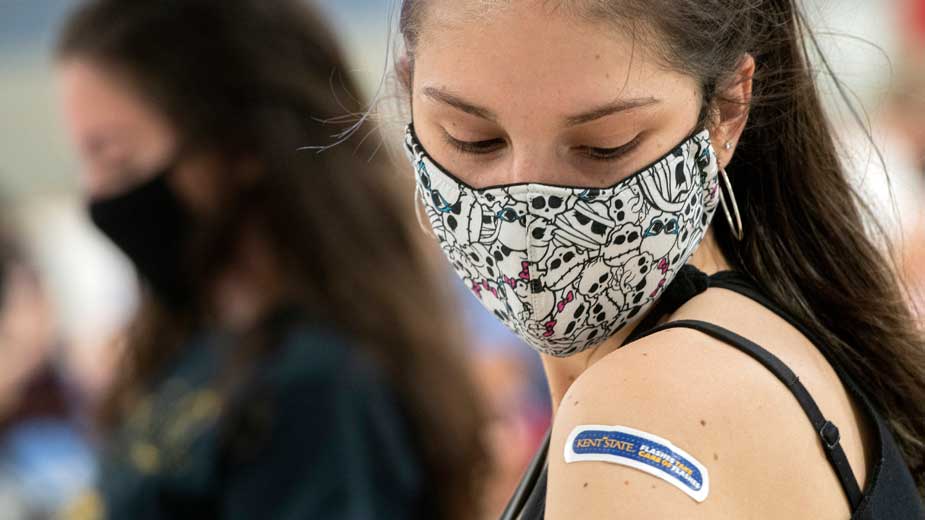 By ANDREW WELSH-HUGGINS Associated PressCOLUMBUS, Ohio (AP) — Ohio, the state that launched the national movement to offer millions of dollars in incentives to boost vaccination rates, planned to conclude its program Wednesday — still unable to crack the 50%…