By ANNE D’INNOCENZIO  AP Retail Writer
NEW YORK (AP) — When Rose Ingleton launched her own namesake skincare line two years ago, she couldn’t break into the big chains and was forced to use her own funds and get financial help from family and friends.

But things changed after the nationwide Black Lives Matter protests last year. Ingleton, a Manhattan-based Black dermatologist with more than 20 years of experience, reconnected with beauty chain Sephora and now her products can be found on the retailer’s website as well as at Neiman Marcus and Saks Fifth Avenue.

“There was this sudden awareness,” Ingleton said. “I am now at the top food chain. I’m now getting ready to approach deeper pocket investors.”

As corporations continue to face a racial reckoning, the beauty industry is trying to address the criticism that it centers too many of its products around whiteness by pushing more items onto store shelves that better represent the diverse women they serve.

Retailers from Sephora to Walmart and Target have focused on increasing their offerings of Black-owned brands across all categories as a key strategy to combat racial bias. They’re also developing entrepreneurship programs and trying to create a pipeline of new talent.

More than 20 companies including Sephora and most recently Ulta Beauty have signed onto a nationwide campaign called 15 Percent Pledge, which aims to have companies from all industries commit to at least 15% of their products on their shelves to Black-owned businesses — in line with the U.S. Black population.

Plenty more have not yet signed it, but some are forging their own path. Target, for instance, said it currently has 50 Black-owned and Black-founded beauty brands, with plans to continue increasing that number as part of its broader commitment to add more than 500 Black-owned brands by the end of 2025.

Last year, Hispanic consumers spent 6.1% more on beauty and other items compared with 2019, while Blacks spent 5.4% more, according to NielsenIQ. That pace exceeded the 3.5% increase for the total U.S. population.

And while NPD Group Inc. found that Black-owned brands represent just 4% of sales in prestige makeup, they performed 1.5 to 4 times better in May, June and July 2020 — during the peak months of the Black Lives Matter movement — than the rest of the market, reversing their declines and reflecting a consumer appetite to support such businesses.

Still, overall progress has been slow. Ulta wants to double the number of Black-owned brands to 26 by year-end, but that will only get the penetration to 5%, says its chief merchandising officer Monica Arnaudo. Ulta and Sephora say they want to make sure the brands are financially successful.

Black entrepreneurs also argue they continue to be pigeon-holed by retailers and investors who think their products are only for women of color. And beauty brands catering to women of color continue in some cases to be locked up in stores — even after a number of stores including Walmart, CVS Health and Walgreens pledged last year they would end that practice.

Taydra Mitchell Jackson is the marketing director of The Lip Bar, a Black-owned brand based in Detroit, Michigan that’s now in more than 1,200 stores including Target and Walmart. She says retailers have to be careful not to think of adding merchandise from Black owners as just a token gesture.

“Merchandising is critical, but messaging and how I feel when I walk in the store are just as important,” Jackson said.

She noted some social media influencers complaining about Lip Bar items being locked up at Walmart, “creating a feeling of being inferior.” The brand is following up with the company.

Walmart responded that it does “not tolerate discrimination of any kind at Walmart. We serve millions of customers weekly, crossing all demographics, and are focused on meeting their needs while providing the best shopping experience at each store.”

The problems facing Black-owned brands are not new.

Beauty brands for Black women have been around for years, but they’ve struggled to get shelf space in stores, says Tiffany Gill, an associate professor of history at Rutgers University who wrote a book called “Beauty Shop Politics: African American Women’s Activism in the Beauty Industry.”

“The fantasy of beauty has often been constructed around a celebration of white bodies,” Gill said. “And to even have makeup for darker skinned women or to put them in campaigns in visible ways means to completely undermine the whole foundation of the industry.”

Even when brands did create makeup for darker skin shades, those products would be sold online instead of stores.

“As a black consumer, you often do not have the opportunity to have the in-store retail experience,” Gill said.

Things began to change in 2017, when pop superstar Rihanna launched her Fenty Beauty makeup line. In two years, it became one of the top 10 selling beauty brands, alongside decades-old brands such as Mary Kay and L’Oreal-owned Urban Decay, says market research firm Euromonitor. Other companies took notice, adding more shades for darker skin or promising to give more shelf space to Black-owned brands in stores.

But it also found that these women received less than half of 1% of venture capital investment. That’s even as their failure rate in its data base is 27% — lower than the 40% national fail rate for startups founded in 2017.

“I don’t think it will fade,” she said of the efforts to diversify beauty. “It is here to stay, but we have to put forth an effort that our voices continue to be heard. “

Pictured: A display inside a Sephora store in New York features Black-owned beauty brands. Sephora recently announced a commitment to devote at least 15% of its store shelves to Black-owned brands. (AP Photo/Robert Bumsted) 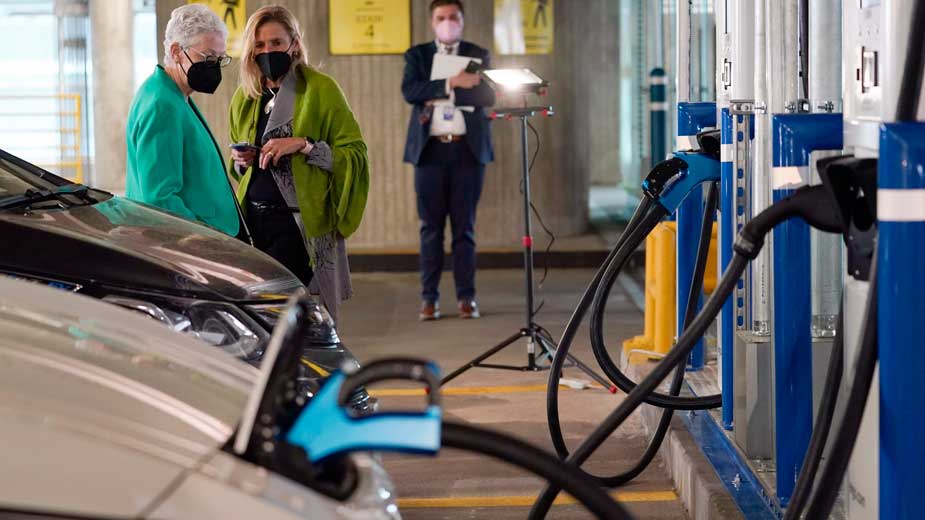 By TOM KRISHER AP Auto WriterDETROIT (AP) — If the auto industry is to succeed in its bet that electric vehicles will soon dominate the roads, it will need to overcome a big reason why many people are still avoiding…