By PAN PYLAS Associated Press
Waning trust in governments and all types of media is threatening to limit the rollout of coronavirus vaccines around the world, particularly in the United States, according to a survey conducted by communications firm Edelman.

In an annual assessment on the state of trust in institutions, the firm found that this “infodemic” is breeding mistrust that could make longer the path out from the pandemic.

“This is the era of information bankruptcy,” said Richard Edelman, CEO of Edelman.

He said last week’s storming of the Capitol building in Washington and the fact that only a third of people are willing to get a COVID-19 vaccine straight away “crystallize the dangers of misinformation.”

The firm found skepticism over vaccines remains a major hurdle for their successful rollout. Across the 28 countries assessed, it found that as of November only a little below two-thirds of respondents said they would be willing to take the vaccine within a year.

That hesitancy was most prevalent in Russia, with just 15% of people surveyed willing to get vaccinated as soon as possible and only a further 25% comfortable with the idea of doing so within a year. In the U.S., it found a total of 59% of people were willing to get vaccinated within a year with just 33% happy to do so as soon as possible. The highest levels of trust were recorded in India, with 51% looking forward to taking up the vaccine opportunity immediately and a further 29% within a year, for a total of 80%.

Governments and health practitioners around the world will be hoping that skeptics will be won over by a smooth rollout of the vaccines. Britain became last month the first country to approve for use the vaccine created by American pharmaceutical company Pfizer and German company BioNTech. Other countries have started using it too while other vaccines have also been authorized.

Despite the seeming hesitancy over vaccines, Edelman found that businesses have emerged as the most trusted institution partly because of the speed at which they “proactively” developed vaccines in record time. Also boosting trust has been their ability to find ways to work during the coronavirus restrictions. Business is trusted by some 61% of respondents, replacing the government in top spot, which fell from its mid-year top spot and is currently at 53%.

“The events of this past year reinforced business’ responsibility to lead on societal issues such as upskilling workers and racial justice,” said Edelman.

The firm found that trust in governments has fallen sharply since the middle of 2020 when people rallied around their politicians in the early months of the pandemic. Since then, trust has fallen sharply, particularly in the U.S. and China.

The online survey of over 33,000 people was conducted between Oct. 19 to Nov. 18. It is usually released to coincide with the gathering of elites in the Swiss ski resort of Davos for the World Economic Forum. This year’s gathering has been cancelled because of the pandemic but the organizers are hosting online discussions Jan. 25-29.

Pictured: A woman wearing a face mask to help curb the spread of the coronavirus rides a subway car in Moscow, Russia, Monday, Jan. 11, 2021. Russia has continued to face high numbers of new infections even as it has launched a mass vaccination effort. (AP Photo/Alexander Zemlianichenko)

SALEM, Ohio – Salem Regional Medical Center will receive 100 doses of the Pfizer vaccine against the coronavirus. In keeping […] 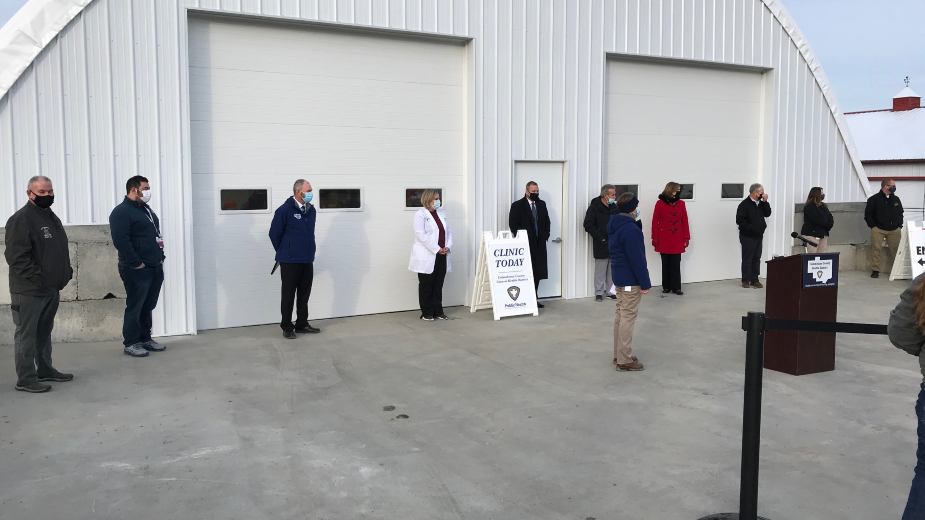 LISBON, Ohio — Columbiana County is ready. That was the message shared Thursday afternoon by officials as they unveiled a […] 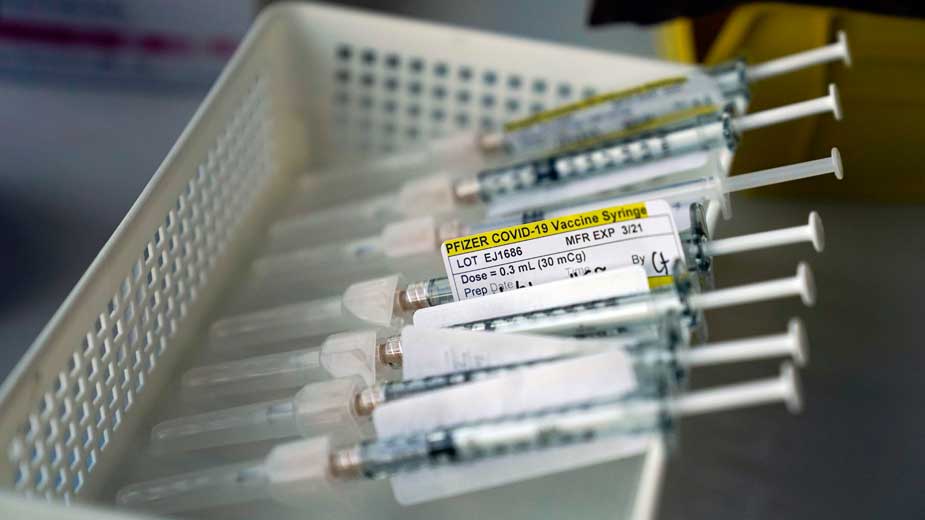 Trumbull Receives 2,300 Doses of Vaccine for Phase 1B

HOWLAND, Ohio — Members of area health and first responder agencies briefed the media Thursday on how the next phase […]