US Trade Deficit Dips to $68.9B with Exports Up

The April deficit, the gap between what America buys from abroad and what it sells to other countries, was down 8.2% from a record March deficit of $75 billion.

Through the first four months of the year, the U.S. trade deficit totals $281.7 billion, up 50.4% from the deficit during the same period in 2020, a time when the U.S. economy was essentially shut down because of the coronavirus pandemic.

The politically sensitive deficit with China fell to $25.8 billion in April, down 6.7% from the March imbalance. But through the first four months of this year, the deficit with China, the largest the United States runs with any country, was up 37.1% over the same period a year ago.

The deficit in just goods in April totaled $86.7 billion while the surplus in services totaled $17.8 billion. The United States runs surpluses in services trade which help lower the goods deficit. However, the services economy, which includes travel payments such as airline fares, has been hit hard by the coronavirus with the service surplus down 16.2% so far this year compared to the same period a year ago.

During his four years in office, Donald Trump pursued a get-tough trade strategy that used punitive tariffs on other country’s exports in an effort to lower America’s huge trade deficits with the rest of the world, which he blamed for the loss of millions of American manufacturing jobs.

But Trump’s efforts failed to alter the trade imbalances. So far, the Biden administration has left most of the penalty tariffs in place as his administration works to determine the approach it will take to trade.

Pictured: Gantry cranes move containers onto transporters at a port in Qingdao in eastern China’s Shandong province Friday, June 4, 2021. China’s exports surged nearly 28% in May while imports jumped 51% as demand rebounded in the U.S. and other markets where the pandemic is waning, though growth is leveling off after a stunning recovery from last year’s slump. (Chinatopix via AP)

Valley Unemployment Declines in May

YOUNGSTOWN, Ohio – Local unemployment rates in May declined from the previous month, and were down by more than 10 percentage points from the same time in 2020, when the COVID-19 pandemic shuttered many businesses. Mahoning County’s unemployment rate last… 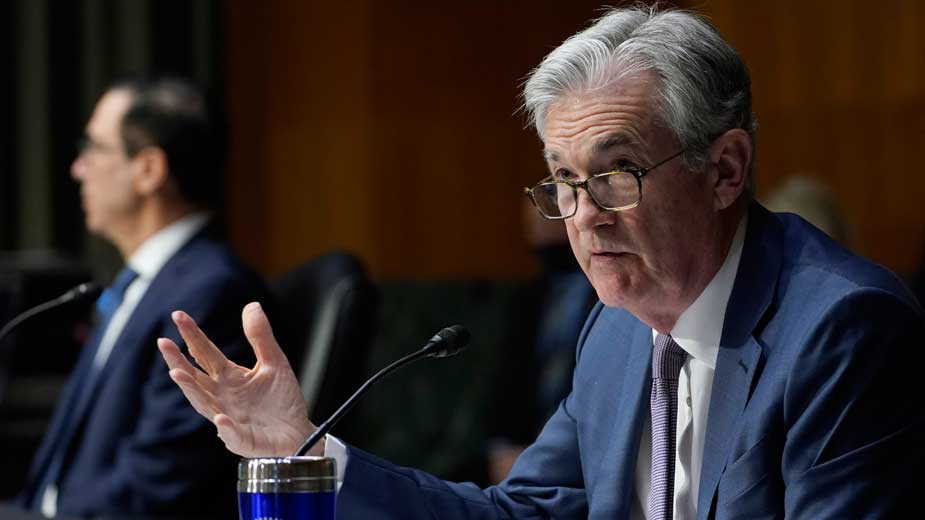 By CHRISTOPHER RUGABER AP Economics WriterWASHINGTON (AP) — The economy is growing at a healthy clip, and that has accelerated inflation, Federal Reserve Chair Jerome Powell says in written testimony to be delivered Tuesday at a congressional oversight hearing. Still,…

Ohio Unemployment Ticks up to 5%