A Taste of Everything in Educational Kitchens

YOUNGSTOWN, Ohio — Whenever a new class enters Trisha Goodnough’s kitchen, she makes one thing clear: the students will make chicken nuggets only once.

“It’s something they all want to cook. I will start with that and tell them we are not doing this again,” she says. “A mission of mine is making sure they’re exposed to something more.”

This year, Goodnough taught her class at Choffin Career & Technical Center how to make chicken francese, pan-fried chicken with lemon juice. Although hesitant at first, they loved it, she says.

For many of the students enrolled in the culinary arts program at Choffin, fresh food isn’t standard fare at home and they eat many meals made at fast-food chains. It’s Goodnough’s job to teach them not only how to cook food, but how to find the right ingredients for a dish. One of the field trips planned for this year is to a Whole Foods grocery store, where they’ll tour each department and take a closer look at the fresh food.

One assignment she gives groups is to come up with an ingredient they’ve never tried before, find a recipe with that ingredient and make the dish. A group picked asparagus and found a recipe for filet oscar, steak topped with crabmeat and asparagus and covered with hollandaise sauce.

“I told them that they had to make it and they had to really make it,” Goodnough says. “They’re not getting away with just throwing asparagus onto a steak. The hollandaise is a mother sauce. It’s something that no matter where they go, they have to know how to make.”

For the most part, she observes, students are enthused learning about new foods or creating new dishes. Better yet, she says, is the waiting list to enter the culinary program at Choffin. This year, her two classes have 24 and 21 students respectively. That number is usually around 12 apiece, she says.

Culinary programs at vocational schools use the same curriculum, developed by the National Restaurant Association and Ohio Restaurant Association, which covers “everything that you’d do in a restaurant or catering setting,” says J.R. Straley, the culinary arts instructor at Columbiana County Career and Technical Center.

Inside the kitchen, classes cover everything from butchery to pastries to seafood preparation, from international dishes to making sauces. Beyond food preparation and kitchen safety, the course has segments on cost control, purchasing, maintaining inventory and sustainability.

Instruction is split between the kitchen and the classroom, three hours per day spent in each. When students graduate, if they’ve properly completed the course, they can test into culinary schools or for American Culinary Federation certification as a culinarian.

The entry-level certificate requires 400 hours of kitchen experience. For students, up to half of that time can be spent in an educational kitchen and the other half must come in a commercial kitchen of any kind, McDonald’s included.

“That’s fine,” Goodnough says. “You’re still learning how to take care of customers and about the quality aspect and the timing and how to handle money. A lot of them say they want to get out of fast food, not realizing that they’re still learning those valuable skills.”

A chef for 30-plus years before he began working at CCCTC, Straley notes that the restaurant industry is one of the few not limited by education. If a cook is willing to put in the time and effort, he can work his way up from an entry-level prep cook in the Mahoning Valley to running a Michelin-rated restaurant in New York.

Sean Kushma, an instructor in the adult culinary program at Mahoning County Career and Technical Center, adds, “When you go through a school, you learn the fundamentals. That way, when you go to a restaurant, you can get more than an entry-level position. You can start as a sauté cook rather than a prep cook.”

One of the most important things students learn as they go through the programs is the business side of operating a kitchen. Students, both those in high school and adults, regularly conduct cost analyses when they prepare recipes. Midway through the fall semester, Goodnough organized an intra-class burger contest. Students had to come up with the most creative burger they could – as well as the recipe and cost analysis. Most students listed a quarter-pound beef patty on their recipe.

“They realized that the burgers, as they cooked them, lost about an ounce in weight,” Goodnough says. “They had to figure out if they wanted to compensate for that by making a five-ounce burger and having that waste or leaving it as it was and charging less.”

What can separate a cook who went to culinary school from one who worked up the ranks, Straley says, is the ability to handle the business beyond the kitchen.

“It’s just as vital for a student to understand how the flow of money works as it is for them to understand how to make a dish,” he explains. “The world revolves around pennies, a couple here and a couple there. That makes your job secure, at least in theory, when you face those issues in the restaurant business.”

Waste in a restaurant, he notes, comes primarily from three areas: preparation, storage and service. Raw food goes bad, dishes are made incorrectly and customers don’t eat everything on their plates. This is what managers and chefs must account for every day.

Most students, though, don’t enroll for the business lessons. They’re far more interested in the food. The most common expectation Straley and Goodnough see in new students is that they’ll be eating food all the time.

“Some think they just eat all day. What we do make we certainly eat or send home or cook for someone else, but our No. 1 goal is knowledge,” Straley says. “I tell them they can eat as much food as they want as long as they make it.”

For the adult classes that Kushma teaches, students’ motivations vary. They come into the classes with some basic skills (usually) and knowing that this is the career they want to pursue. Students in the adult classes range from 18-year-olds straight from the high school program to those changing careers in mid-life. The oldest student of the dozen enrolled this year is 62, notes Quinn Meechan, another culinary instructor at MCCTC.

With these classes, Meechan continues, the hardest thing usually is breaking the old habits of those who have cooked at home their entire lives. Beyond that, the most important lesson students work through is teamwork, he says.

“You’re going to make family members from people you never thought you’d come in contact with. It’s a melting pot of personalities and they’ll learn something from every single one of them,” Meechan says. “Just because someone’s been a dishwasher for 20 years doesn’t mean they don’t know some tricks. I’ve seen it. They can be the ones to save you when everything’s falling apart. You can’t be successful in this industry by yourself.”

When students graduate, the teachers – all of whom are either current or former chefs – say the students are kitchen-ready.

“If I were still a working chef, I’d hire them straight into my kitchen. I know they’re ready,” Straley says.

At MCCTC, Meechan and Kushma say they regularly get calls from area restaurants asking for students looking for work.

“At some point, we don’t have enough students but they keep calling because they know these students understand the food service business,” Kushma says. “[Students] know there are good careers out there. Every corner you look at, there’s a restaurant and there’s a lot of job availability.”

Behind health care, the food service industry is the second-largest in the state, employing 572,000 – 11% of the population – and generating $20.5 billion in sales. Over the next decade, according to the Ohio Restaurant Association, industry employment is projected to reach 626,000.

“With the data we’re seeing, it could be tied or just slightly below health care [by 2026],” Straley says. “This is a huge industry with many, many, many offshoots.”

And those offshoots reach into places that many students don’t consider right off the bat, the teachers say.

Meechan, who started in a commercial kitchen, has worked jobs in nursing homes. Before returning home to the Mahoning Valley, Goodnough worked as a family consumer sciences teacher in Rhode Island. She also worked at the Trumbull Country Club and as a private chef for the Cafaro family.

“Most of the students are here for a career, whether it’s in a restaurant, for a cruise line, or in their own food truck,” Kushma says. “We have students with all different ambitions.”

Looking back, Meechan is satisfied with where his career has taken him. He never envisioned becoming a teacher. He started out washing dishes and moved up through the ranks, without first attending culinary school.

His favorite part of classes, he says, is during the practical test for each segment of the class, when students finally put what they’ve learned in the classroom and kitchen onto a plate. More often than not, he says, there’s an “A-ha!” moment.

“That’s when it shows what they know when they didn’t know that they know it. They can take a step back and see it as their art they created,” he says. “If I had the information that’s being passed to these students, who knows what I could have done? Every day they learn something new. … They all leave here with the credentials that say, ‘I’m worth it.’ ” 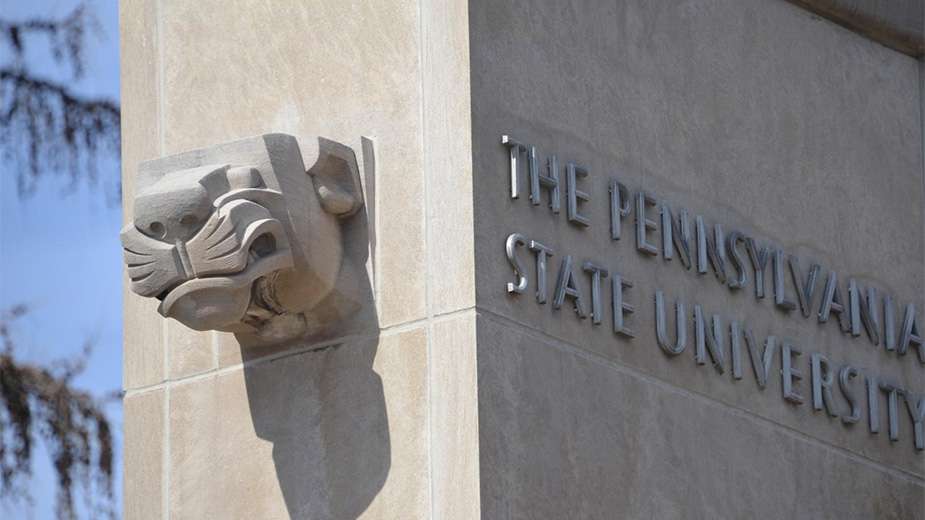