East Palestine students discuss their view of the region and their plans for after high school.

Will Students Create Their Future Here or Leave? 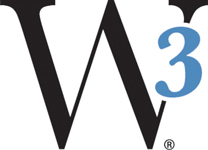 The Secure Act and How it Impacts Retirement

Spy Convention sat down in the After Hours Youngstown studio to talk about their music, balancing their band and their careers, and future show plans.

Being involved with the United Way of Youngstown and the Mahoning Valley coincides with the mission of Chemical Bank to “enhance the lives of the communities that we serve,” says Michael Shrock, Mahoning Valley market president.

“And the only way you can serve them is to be on the ground helping and volunteering, providing financial resources where necessary,” Shrock says.

Shrock is personally involved with the United Way’s report card mentoring program, and says that even when he finds himself asking if he’s really making a difference in the lives of the kids, “the in the children’s eyes just says it all.

“When they see you there and they make eye contact, their face lights up,” he says. “And that connection with them is so important. They know that somebody’s there to walk through things with them.”

Watch the video above for more with Shrock in his interview with Roxann Sebest.

The Secure Act and How it Impacts Retirement

President Trump signed the Setting Every Community Up for Retirement Enhancement (SECURE) Act at the end of 2019.

Leo Daprile of Gem Young Insurance and Financial Services explains the ins and outs of the new legislation, and how it will likely affect retirement savers.

Topics include:
• Multiple employer plans for small businesses: This will help level the playing field for small employers, allowing them to compete with larger companies.
• Annuities in 401(k) plans: Annuities can be complex, but when done correctly they provide a guaranteed income over the course of a retiree’s lifetime.
• Required minimum distribution age — and contribution age is increased from 70.5 to 72. The 70.5 age was based on life expectancies in the early 1960s.

Original Air Date: Jan. 8, 2020. Every Wednesday at 8:45am on AM570 WKBN during the Dan Rivers show Gem Young’s President, Leo Daprile, hosts the Your Money radio show.

Watch More Your Money with Leo Daprile Videos
Sponsored by:

Jim Kinnick of Eastgate gives us a glimpse into the near future with restaurants on the river, outdoor recreation, and traveling “Jetsons” style to Chicago! 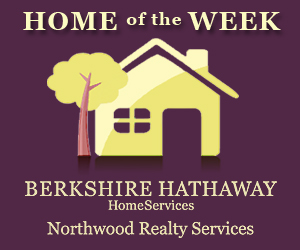 GM Plans to Pull Out of Australia, New Zealand and Thailand

US Whiskey Exports Decline as Trade Dispute with EU Persists

‘Healthy Eating’ Program Prompts Participants to Think about What They Eat