LORDSTOWN, Ohio— The groundbreaking for $925 million combined-cycle energy plant at the Lordstown Industrial Park could be held as early as this summer, according to the project’s developer.

Bill Siderewicz, president of Clean Energy Future LLC, said that his company is in the process of raising construction funding for the Trumbull Energy Center, now that a legal dispute that dogged the project for more than a year ended on Friday. Huntington Bank and Key Bank have both expressed interest in loaning debt capital to the project.

“We are pleased that the results of the litigation and the resulting settlement agreement will enable Trumbull to proceed as originally planned,” Siderewicz said in a statement Monday morning.

The 925 megawatt plant would produce enough electricity to power 850,000 homes, Siderewicz said. The cost of producing this power is far less than traditional plants since the Trumbull Energy Center is fueled by natural gas and steam, and not coal.

Moreover, the new plant will lead to a peak of 940 new construction jobs over the next 34 months, representing more than 2 million man hours, he said.

It should also pay dividends to Lordstown Village, Siderewicz noted. Over a 50-year period, the village would realize $247 million in revenue from income tax, salary tax, water service fees and property taxes.

“It’s resolved and everything is set to go,” says Mayor Arno Hill.

Hill learned Friday morning that the litigation, filed in Trumbull County Court of Common Pleas, has been settled. A formal announcement is expected to come Monday, he said.

The power plant would be supplied with gas from a Dominion East Ohio pipeline and interconnect with a transmission line owned by American Transmission Systems Inc.

The project was held up in court because Macquarie, the majority owner of the Lordstown Energy Center, now operating at the Lordstown Industrial Park, disputed the terms of an option agreement with Clean Energy Future LLC, which plans on developing the second power station adjacent to the first. 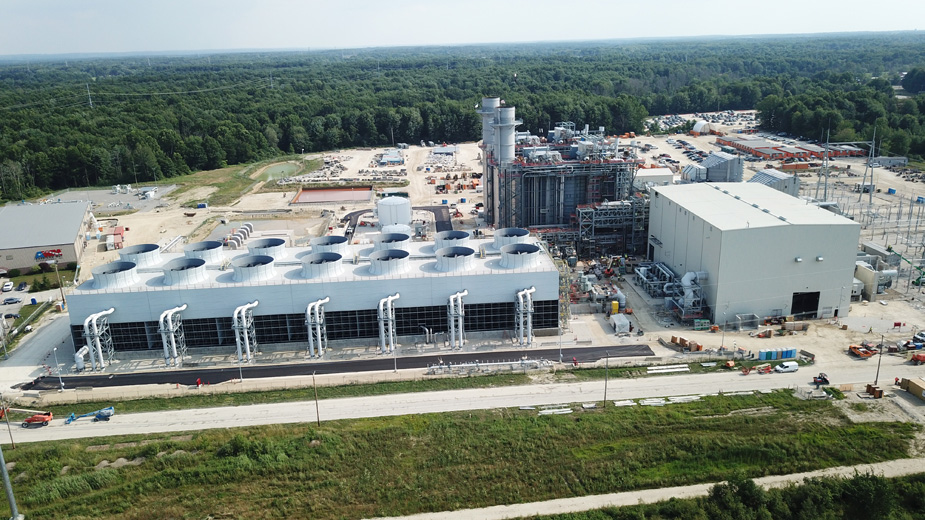 Clean Energy Future filed suit against Macquarie in December 2016, asking the court to enforce the option-to-purchase agreement without any conditions. Judge Peter Kontos subsequently sided with Clean Energy, ordering Macquarie to sign an addendum that would remove restrictions from the industrial park in order to construct the second plant. That ruling was appealed, which led to a lengthy mediation process.

Part of the resolution involves the transfer of nine parcels next to the Lordstown Energy Center, which was commissioned last year.

Siderewicz was responsible for developing the Lordstown Energy plant and then sold it to Macquarie, which holds a 70% stake in the venture. Siemens Energy holds a 25% position and Clean Energy still has a 5% interest in the project.

Siderewicz projected the plant to power 850,000 homes and have a $26 billion economic impact on northeastern Ohio.