So, they went to work sifting through tape after tape and working with studio owner Gary Rhamy to find and restore them. Now, after years of work, they have compiled a dozen of the best songs and released them as the album “Peppermint Presents … Rat Race.”

Scores of bands from the area – including Glass Harp, LAW, The Human Beinz, Iron Knowledge and Blue Ash – recorded at the studio on Indianola Avenue on the south side of Youngstown from the late 1960s to mid-1970s. Some of them flirted with national fame.

But a lot of their songs were left off albums for one reason or another. Anshutz and LaMarca went to work as music archaeologists to unearth them and finally bring them into the light of day.

The Valley natives are both rockers themselves. Anshutz is the drummer for Red Wanting Blue and LaMarca plays guitar and other instruments for Grammy Award-winning band The War on Drugs. Red Wanting Blue will embark on a summer tour in July, while Drugs is already on the road.

The “Rat Race” project was a natural step for Anshutz and LaMarca, who share an appreciation for the music of their hometown’s past. The two had long been mining material at the vintage recording studio and playing it at DJ gigs under the moniker The Peppermint Pals.

“We have a passion for all things Peppermint,” Anshutz says. “We always talked about making the ultimate mixtape of Youngstown music, particularly that was recorded at Peppermint, which we love. At some point, we just said, ‘Why don’t we?’ And that sent us down a rabbit hole of looking for some master tapes and stumbling across songs from a bunch of bands we’d heard that had never been released.”

The title of the project takes its name from the song “Rat Race” by Iron Knowledge. It was the song that “opened the floodgates” for the project, Anshutz says.

He and LaMarca decided to limit the track list to songs that had never been released. But that doesn’t mean they aren’t deserving.

“There was so much great stuff that had never been released – for numerous reasons,” LaMarca says. “Sometimes, [the bands] just didn’t have the money to press records. Or they were made as demos to be sent to bigger labels for release, but nothing panned out. Or they were part of a session where stuff did get released but these were extra songs.”

After selecting the songs, the original bands had to be contacted for permission to use them. Tracking the bands down took some detective work, LaMarca says.

Material from Peppermint’s vaults has been rereleased before on out-of-town labels, which bothered Anshutz and LaMarca.

“We pretty much decided that we should be releasing this stuff ourselves,” LaMarca says. “We have the most access to the artists and the original tapes and we also want as much of this as possible to stay local.”

Another motivation was their appreciation for the long-lived record label and recording studio.

“Peppermint is 50 years old and we want to keep it thriving for another 50 years,” LaMarca says. He and Anshutz plan to release more albums of songs from the its vault.

“We think [these archival releases] will attract [musicians] to the studio, when they hear that it is still here and functioning.”

While putting the “Rat Race” project together, Rhamy often recalled the session when the song was first recorded.

“It would depend on how involved that session was,” he says. “Sometimes it was only a few hours. But some, like the ‘Karrie Ann’ song [by The Human Beinz], we worked on for a long time, many sessions.”

Listening to the songs for the first time in decades also brought back some uncomfortable memories. “I remembered the things that made me cringe when we did the original. And they still made me cringe,” he says. “Maybe that one note when the tempo changes.”

Because of their age and degree of decay, playing some of the tapes was a delicate process, he says.

While Peppermint started as a rock and pop studio, it has long since switched its emphasis to polka and ethnic music.

But there seems to be some renewed interest from rock acts. “I’m getting emails from bands I’ve never dealt with before,” Rhamy says.

Red Wanting Blue and Youngstown’s The Vindys have recently recorded there. So has Pittsburgh’s Wine and Spirit. “It all goes back to, ‘Wow, this is such a historic place,’” Rhamy says.

SNAPSHOT OF A SCENE

Many older Youngstowners will remember seeing some of these bands in their heyday. Those who never heard of them will find “Rat Race” to be an interesting snapshot of the city’s vibrant music scene of that era.

“It’s interesting to hear how great many of these musicians were when they were so young in their careers,” Rhamy says. “One of the reasons I wanted to start a recording studio in Youngstown was because of the caliber of musicians in this area. And back then, there were clubs and live music everywhere.”

The album includes radio ads with Rhamy and snippets of interviews with the artists have been interspersed “to paint a broader picture of Peppermint and Youngstown at that time,” LaMarca says.

Making the record has clearly been a labor of love for both Anshutz and LaMarca. Both say they feel honored to be part of it.

“This record is huge to me,” Anshutz says. “It feels like we’re fulfilling our duty to preserve this music, which may otherwise never be heard. I feel extremely lucky to be along for the ride.”

LaMarca says compiling “Rat Race” has been as important to him as any of the records he has made with his own band, The Building.

“To even have a place like Peppermint [in Youngstown] is such a special thing, let alone being able to collaborate with Gary and [polka great and local music legend] Del Sinchak,” he says. “It’s also such an honor to be in contact with these artists and form relationships with them.

“We’re getting to hear music that only a few people in the world have ever heard. To be able to get these out into the world is one of the most exciting things I’ve ever been a part of.”

Peppermint Presents … Rat Race” is available as a digital album at PeppermintRecords.BandCamp.com. It will soon be released on vinyl, cassette and CD, and can be preordered now at the website or by calling 330 783 2222.

Here is a list of songs on the album:

Pictured at top: Dean Anshutz and Gary Rhamy, owner of Peppermint Records, stand inside the south side studio. The two men and Anthony LaMarca (above) have put together an album of previously unreleased songs by popular local rock bands that were recorded at Peppermint in the 1960s and 1970s. 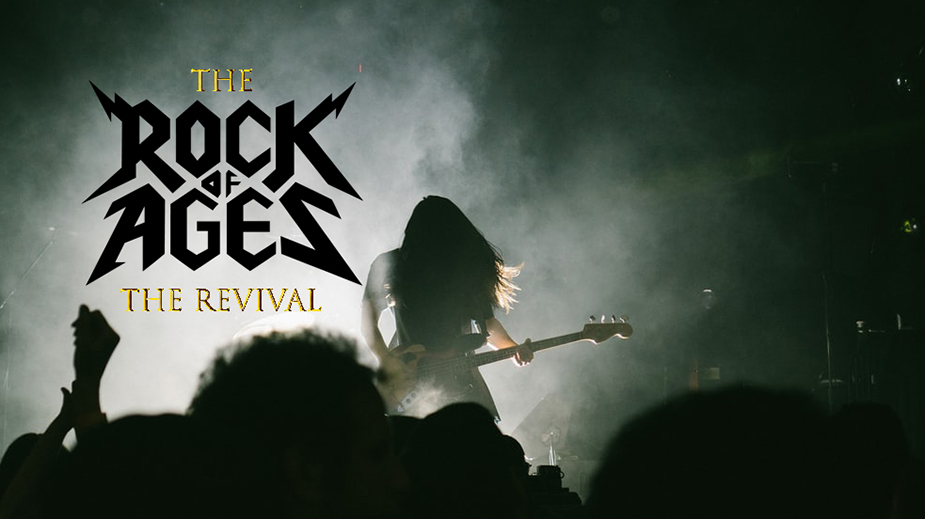 The Update | ‘Rock of Ages’ at Salem Theater; Tomb of Unknown Soldier Replica at Museum