YOUNGSTOWN, Ohio — Additive manufacturing is “very much on the upswing,” moving from an emerging technology to the point where it is becoming “production ready.” What the industry doesn’t have is a supply chain that can take advantage of that growth.

“What we’re wanting to do is make sure we as a region are putting the energy into it,” Wilzcynski said. “And thanks to great programs like this, we’re well positioned to make sure that we’re doing that.”

Launched in April, AMNOW is a multiphase program focused on assisting the Army in developing a path to employing additive manufacturing technology. The $30 million secured by U.S. Reps. Ryan, D-13 Ohio, and Mike Doyle, D-18 Pa., will fund the second phase of the multiyear program.

Through a partnership with the Army, America Makes will work to identify its needs regarding an additive manufacturing supply chain, Wilzcynski said.

“So what kind of manufacturers, designers, materials companies, those kind of folks, do we need in place such that we’re able to step up when called upon?” Wilczynski said. “At the same time, we’re looking to assess the region on our current capability.”

Already the region has “great activity” and capabilities with the Youngstown Business Incubator, Youngstown State University, America Makes and startup companies, he said. “But there’s gaps that exist between the need and the capability,” he said, gaps that the program will identify and close through strategic and specific action.

Closing the gaps may include education and workforce development, as well as introducing the technology to area manufacturers “who aren’t aware that it exists or don’t understand where they fit in,” Wilczynski said. By doing so, it will position area manufacturers to be able to answer the call from the Army, as well as other branches of the military and industries, including automotive and aerospace.

“We’re trying to make sure this region – before anyone else is able to in the country – is well positioned to answer the call of this specific opportunity,” Wilczynski said. “It’s critical that we take advantage of that capability and look forward to the future. We can’t stand still and we need to be introducing new technologies to our manufacturing base. This is a great opportunity to do that.”

The project isn’t along the lines of the research and development activity that America Makes typically does, he noted. It’s about supply chain development and “ultimately, it will yield real components for the Department of Defense,” Wilczynski said.

For entrepreneurs, there is “tremendous opportunity” for anyone who comes up with a new idea and can put in the work to develop it, he said.

“We’re on the absolute verge of this breaking through and becoming something that is much more understood and recognized by the nation at large and across the globe,” Wilczynski said. “And not to make piece parts and trinkets and things that don’t necessarily matter. This is to make real components that we use in everyday life.

While the region is becoming well known “as a center of excellence for additive manufacturing,” others are taking notice, he said. Thus, some are looking to reproduce the success the Mahoning Valley is seeing, which he said is natural, and America Makes may look to partner and work with some of those organizations.

“However, we don’t want others to pass us by. We want to make sure we’re always a step ahead,” he continued. “And programs like this really put us in a fantastic position.”

The program puts to use the large, almost entirely enclosed 3D printer touted by M7 Technologies President Mike Garvey as the largest 3D printer in the world. Housed at the Ohio Works Drive site of Center Street Technologies, the printer measures 12 feet wide, 24 feet in length and eight feet high and is capable of handling builds of up to 60,000 pounds.

The large-scale enclosed 3D printer uses a two-part process: the five-foot printing nozzle prints the product followed by a second arm that machines the rough surface of the part, creating a “hybrid of additive and subtractive manufacturing,” said Scott Deutsch, brand and communications manager for America Makes. The process minimizes the amount of waste material depending on the component being made, he said.

“In some cases, you’re perfectly fine with that surface being the way it is because it’s there to hold the rest of it,” he said of the rough, unmachined surface. “But I may only may be surfacing just a little bit. So it really would vary each time.”

Operators can stop a print job to embed a piece of technology in the component and continue the print over it, Deutsch said. “It’s really designed to be a kind of comprehensive printing and machining environment,” he said.

The material, a carbon fiber reinforced ABS filament, starts as polymer pellets that are fed through the extruding head in the machine. Carbon fiber within the thermoplastic material increases its tensile strength, making for a light yet durable material, said Kyle Starr, owner of DN Controls in Erie, Pa.

“They’re test printing I-beam structures so they can compare it to steel I-beam,” Starr said. “So you get your weight to strength ratio difference. It’s a lot lighter, but it’s also extremely strong.”

That weight-to-strength ratio is important in specific applications, such as aerospace “where I need to be as condensed as I possibly can in my componentry, because this thing may be orbiting the Earth,” Deutsch noted.

DN Controls was hired to run all of the wiring for the machine, Starr said. He expects the relationship with America Makes to be a long one. DN works exclusively with M7 Technologies, Center Street Technologies and America Makes.

“We’re looking forward to continuing possibilities and bringing some of our experience from the heavy machining industry into the 3D printing world so we can get the best out of these machines that you need to produce the accuracy for real-world components,” he said.

Starr views 3D printing as the “next level” of manufacturing, he said. While traditional manufacturing in the United States has tapered off “in favor of going to other countries that are a lot cheaper,” he says, the U.S. has been working to be a leader in additive manufacturing.

“If we can bring back the speed to the additive and the accuracy and less waste, which means it’s more eco-friendly, we’ll once again become a manufacturing leader throughout the world,” he said.

“It’s equally important to realize that Congressman Pete Visclosky [D-1 Ind.] recently announced his retirement from Congress,” Garvey said. So when Congress convenes in 2020, “Congressman Ryan is now the second ranking member of the majority on the Defense Appropriations Subcommittee.”

“And we’re already beginning to see some defense contractors beginning to survey the supply chain capabilities in the Youngstown/Warren/Akron district,” he continued, “to see how companies such as M7 Technologies … can participate in these activities.”

Garvey doesn’t seek to downplay the manufacturing heritage of the Mahoning Valley, but said the region can now look forward to see what the future holds “instead of looking in the rearview mirror.”

Ryan agreed, saying he has no intention of going back to recreating the steel mills of the past.

“We’re not chasing smokestacks,” Ryan says. “We want our area to be about the future.”

Ryan is working to engage the federal government, “the defense department in particular,” to recognize that investments need to be made to catch up with other countries, like China, which is putting “hundreds of billions of dollars into the technologies of the future,” he said.

“They’re putting tons of money behind these new and growing sectors of the economy,” Ryan said. “There’s going to be millions of jobs created in [additive manufacturing] over the next five to 10 years.”

AMNOW has been part of a long-term game plan, Ryan said. He recalled a meeting in Stambaugh Stadium in 2007 when he had just returned from a trip to China. It became apparent, he said, that the cities in the Pittsburgh to Cleveland corridor were no longer competing against each other.

“This was about our region competing against the world,” he said. “I don’t feel the least bit guilty about getting federal money to come back to this community. Because we’ve been waiting. And now we’re positioned for the future.”

The meeting, which included elected officials and “high-powered brokers” from western Pennsylvania and northeastern Ohio coming together, led to the initial million grant that helped launch the National Additive Manufacturing Innovation Institute, or NAMII, which became America Makes. That type of teamwork is at the center of all the victories enjoyed in the region, he said.

“What today represents is really a long-term investment into a long-term strategy that has positioned us in a way here in the Mahoning Valley to have the likes of the NFL want to come here and partner with us,” he said. “And that’s been the goal.”

To students who are either studying additive manufacturing in college or engaged in STEM-related programs in middle and high school, Ryan said to keep working to fill the jobs that are coming.

“Our responsibility is to create opportunity for you in a sector of the economy that’s taking off,” he said. “And that’s what’s happening.” 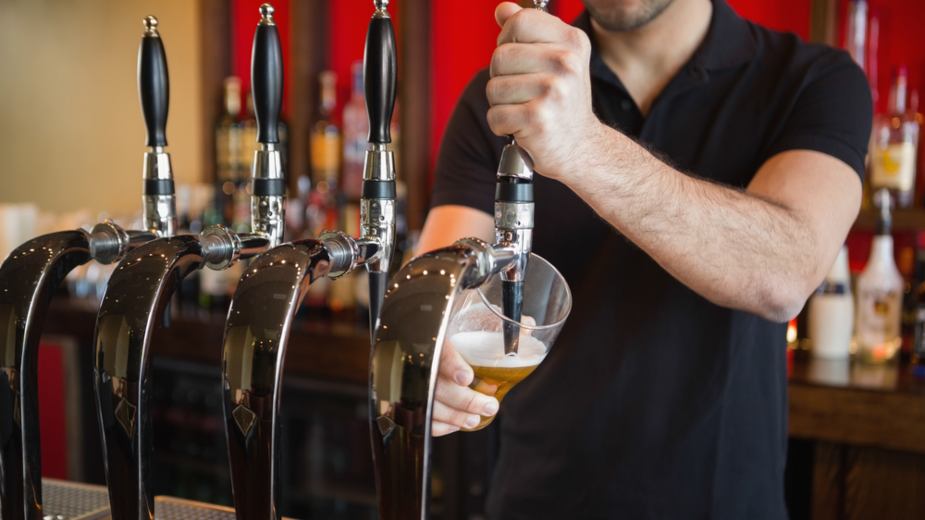