By Josh Medore
YOUNGSTOWN, Ohio – Hours before the Cleveland Browns and Pittsburgh Steelers kicked off their rivalry game, representatives of the NFL, league partners and  researchers gathered in Youngstown to discuss about what the game may look like a decade from now.

While many strides have been taken to improve player safety in recent years, the league took Thursday to examine one of the most crucial pieces of equipment: helmets.

“They’re going to look very different from what you see on the field today. You’ve already started to see that over the past few years. You’ll see players wearing helmets designed for their position,” said Jeff Miller, the NFL’s vice president for health and safety innovation. “You’ll see new materials, new designs, new structures. It’s all in the interest of player safety.”

On Thursday, the league officially kicked off its Helmet Challenge, a $3 million contest to encourage the development of safer helmets created through additive manufacturing and advanced technologies. More than 300 attendees, from Youngstown-based companies such as Juggerbot 3D and Strangpresse to helmet manufacturers Riddell, Xenith and Vicis to universities around the world, met for the two-day conference at DeYor Performing Arts Center.

“If you keep the circle of just people you know, there are limited ideas,” Miller said. “By bringing in people that are new and coming on their own to find out about this, there will be ideas and new groups of people tackling this problem to find a new solution.”

“There are people I’ve never met from … government laboratories to the military to businesses across the United States,” said Dr. John York, co-owner of the San Francisco 49ers and a member of the NFL’s Health and Safety Committee. “There were people from LSU, from Virginia Tech, from Carnegie Mellon. Universities have come together with government and businesses to share ideas.”

The Helmet Challenge Symposium is the starting point for a two-year process. The contest winner will be awarded $1 million, with $2 million awarded to groups throughout the design process to advance their ideas. Part of the purpose of hosting an event rather than simply starting the challenge and letting the chips fall where they may, York said, was to bring together the networks of NFL partners and those involved in America Makes, which co-hosted the symposium.

Teamwork, said U.S. Rep. Tim Ryan during remarks at the symposium, is why the event is in Youngstown. It’s thanks to partnerships that America Makes first came to be and has thrived he said, and how the Youngstown Business Incubator reached the heights it has, including being recognized as the No. 1 incubator in the world in 2014.

“We’re here today for a high purpose: to make sure this game of football, that teaches us teamwork and teaches us innovation, sticks around,” said Ryan, D-13 Ohio. “If we’re going to be a successful country, a successful society, a successful and model civilization, the two essential components are working together … to always be a society that innovates.”

On display at the event were helmets currently used by NFL players, produced by Riddell in partnership with Carbon, which creates 3D printed lattices that allow for customized fits. The lattices can be printed so that they remain stiff in certain places and flexible in others.

“Additive manufacturing brings in a dimension of customization, meaning helmets can be tailored to the shape and fit of individual players,” said Jeff Crandall, chairman of the NFL’s engineering committee. “Rather than using a uniform material all around, you can make customizations based on what type of impact is occurring on the field to minimize injuries.”

In the future, he said, it may be that there are position-specific helmets, just as specialized cleats and pads already exist. Whereas quarterbacks’ hits are usually between the side of the helmet and the ground, offensive and defensive linemen can hit each other in the forehead, chest or shoulder with the front of their helmets, he offered as an example.

For Ryan Sullivan, CEO of Xenith, the symposium served as a good jumping off point. Founded in 2009, Xenith has developed a system of shock absorbers that serve as the lining of the helmet, helping mitigate the impact of hits. Further developing technologies to do that, he said, can ensure the safety of the sport down the road.

“It’s an exciting time to be in this space, whether you’re a manufacturer, an innovator, a material science researcher or a league like the NFL,” he said. “These are folks doing a tremendous job of understanding the space and really take to heart figuring out how to move forward. They’ve done a great job of facilitating the process to reach that outcome. Being here and part of the environment, meeting new people and old friends, has been a great place to be.”

For Vicis, which first put its helmets on NFL players in 2017 and has been ranked at the top of the league’s safety charts ever since, the chance to experiment with new technologies not used before in helmets is an enticing opportunity, said CEO and cofounder Dave Marver.

“We want to look at technology from any source that can make helmets more effective. Advanced manufacturing techniques, new materials, all those things can be brought to bear to improve helmets,” he said. “Ours has a shell that deforms and yields like a car bumper, along with a multilayer design that all works together. I see this contest as creating the next generation and the helmet that can beat Vicis.”

Helmets approved for use in the NFL are tested through what are essentially crash test dummies fitted with sensors to measure the movement and acceleration of the head, explained Jeff Crandall, chairman of the league’s engineering committee.

The first round of grant proposals are due in late January, with awards made in March upon a decision from a panel of NFL representatives and independent industry leaders. From there, groups have until April 2021 to submit their designs, with helmet prototypes due in mid-May 2021.

“These are groups that haven’t gotten together before, so it shows the evolution of what America Makes is doing beyond research and development,” said O’Donnell, the agency’s director of partnerships and community relations. “We are at the forefront of this new evolution. We’ll make great partnerships with many, many groups and transition into an area that the public can understand. We can truly implement additive manufacturing into everyday processes.”

And for additive manufacturing as a whole, added Barb Ewing, CEO of the Youngstown Business Incubator, being able to bring the technology to products consumers are familiar with can advance its adoption.

“We’re turning the corner from looking at industrial applications like aerospace or biomedical to consumer products. It’s a watershed event when you can start looking at products that are available to everybody,” she said. “Helmets for NFL players are eventually going to trickle down into helmet technologies for your kids’ seventh-grade team.” 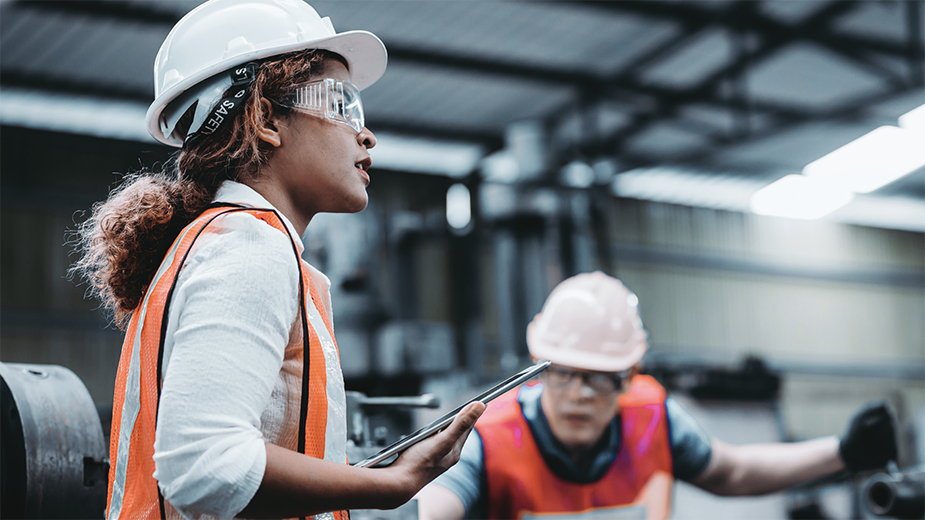 CLEVELAND – A report released Monday by the Manufacturing Advocacy and Growth Network, or Magnet, and Team NEO shows that output from manufacturing sector in Northeastern Ohio should grow through 2025, while employment is likely to remain below prepandemic levels. One… 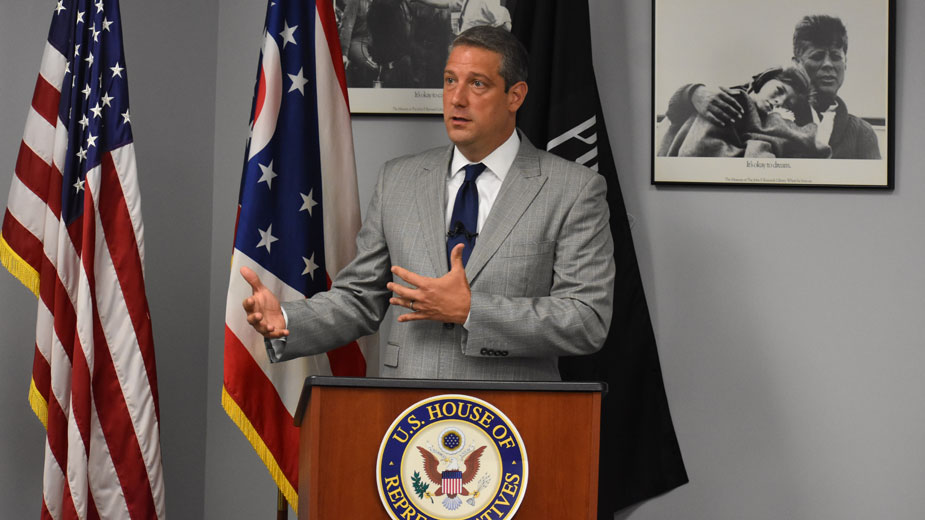 WASHINGTON, D.C. – The new federal defense appropriations budget includes more than $100 million in research and development programs that could benefit companies and universities in the region. On Tuesday, U.S. Rep. Tim Ryan, D-13 Ohio and vice chairman of… 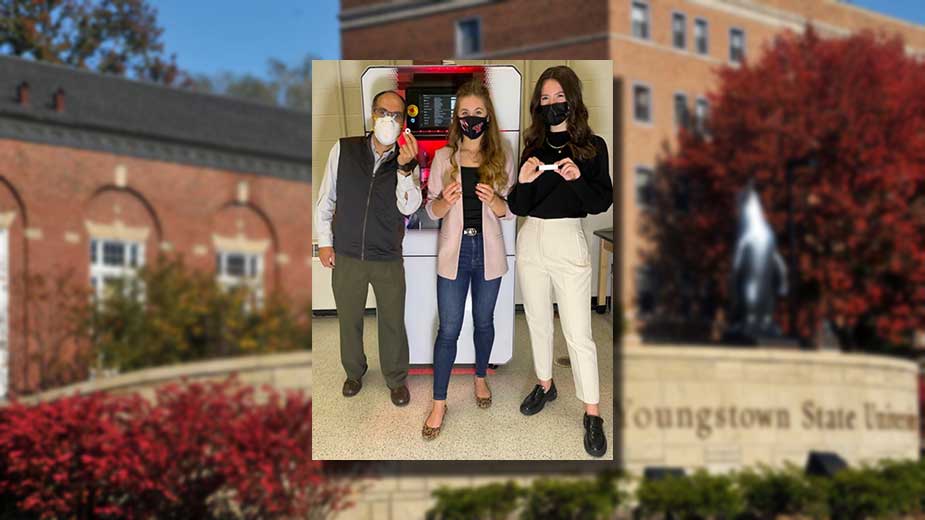