“Really what’s driving this project is we need to be more efficient. We’re still working with, in some cases, a 100-year-old plant,” says spokesman Jeff LaRue.

The treatment plant, 7640 Youngstown-Pittsburgh Road, was built in 1916 and produces and average of 4.6 million gallons of water a day.

“A lot of the work right now is down in the big hole, and that’s where the solid contact clarifiers are going to go,” he explains.

“It actually has a mixer in it and it creates a sludge blanket and the water will be forced up through it,” he explains.

“It will act almost like a filter within the unit itself. All these do is settle the water out,” he says, pointing to the large settling tanks. 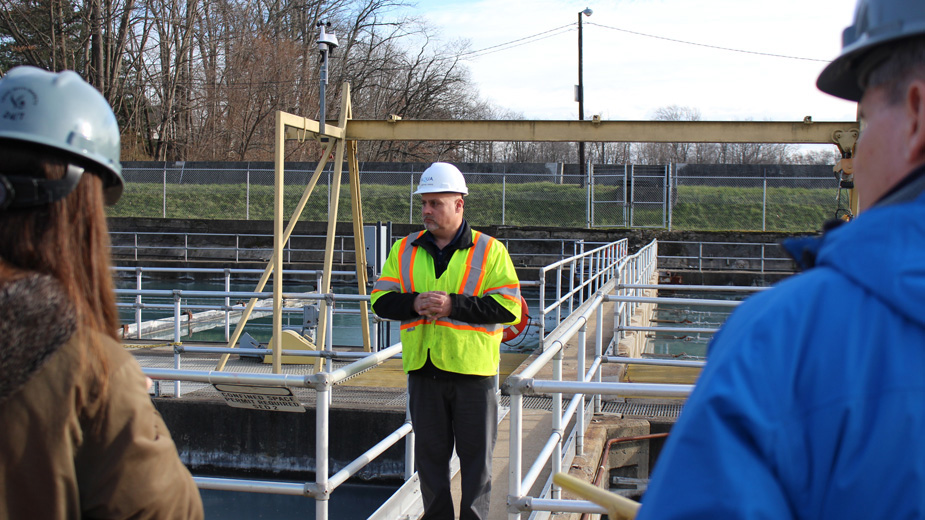 The new configuration of the plant will also improve safety.

In its current configuration, trucks are required to back down a small hill to get access to the tanks. The new plan calls for trucks to be routed in a loop so they never have to go in reverse.

“We want to make it as safe as possible so we took a lot of that into consideration on our design,” Ginnis explains.

Plans call for the plant to come online in fall of 2019. By that time approximately two-thirds of the infrastructure at the site will have been replaced, making way for the three 146,000 gallon solid contact clarifiers and a new electrical building. 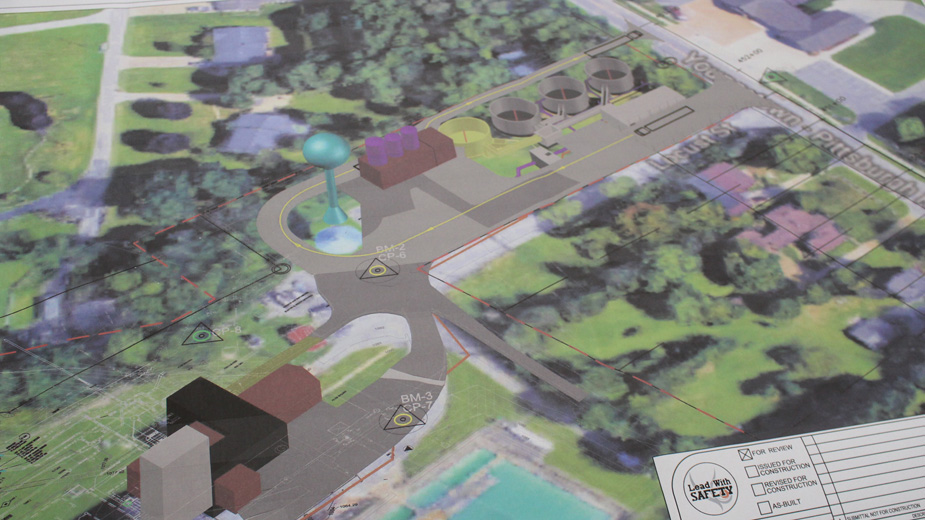 Sites where infrastructure will be demolished will be preserved for future expansion, says Jennifer Johnson, area manager for Aqua Ohio.

“We’re in the second year of a five-year rate plan. Over those five years we made a commitment to spend $36 million in capital improvements in the system,” she notes.

Johnson says once the plant is finished, the company will begin focusing on water main replacement projects.

Headquartered in the Castlo Industrial Park in Struthers, Aqua Ohio serves 500,000 residents of Ohio — 60,000 in the Mahoning Valley, although that number could soon grow. The company is a subsidiary of publicly traded Aqua America, which provides water and wastewater services to more than 3 million people in eight states.

The company says it plans to continue to grow its operations through acquisitions.

Earlier this month the city of Campbell voted to sell its water system rather than raise rates. Potential buyers of the system include the city of Youngstown and Aqua Ohio.

“We plan on bidding,” on the system, says Johnson.

“We think we can help them with their challenges, and rolling the city of Campbell into this division. I think it could be a very smooth transition and a real benefit to the residents.”