CORTLAND, Ohio — Listening to Dennis Linville describe life growing up in Cortland, you can almost see a Norman Rockwell painting in your mind. He talks about joining friends to ride bikes around town, play basketball or baseball or, as he puts it, “going anywhere and doing anything.

“It was great. [Cortland was] less than 2,000 residents when I was growing up and we knew everybody,” the city councilman and former mayor says. “There were always groups of kids that would just get on their bikes and go. There were always things to do.”

Today, many of the residents say Cortland isn’t all that different from Linville’s childhood. There is, of course, a commercial area on the south side that has sprung up since, but that’s about the only big change in the quality of life Cortland offers.

“Aside from the fact that I own a business, I just like it here. It’s safe. It’s quiet. The schools are good,” says Patti Keller, owner of Furniture Decor & More in Cortland. “You don’t have to lock your doors, just like years and years ago. It hasn’t changed.”

Cortland isn’t as small as when Linville or Keller – who went to Lakeview schools, the district covering the city – were growing up, but the city has retained a rustic feeling.

“Because we were a small town, we have a different atmosphere. Some of the other towns were
really townships that attracted businesses,” Mayor Curt Moll says. “We haven’t had the industrial growth to influence [the rural atmosphere].”

The former Delphi Packard Plant in Warren and other manufacturing jobs in Trumbull and Mahoning counties, he adds, spurred Cortland’s growth. The engineers and managers chose to live in Cortland because of the small-town feel and quality schools, Linville notes.

“It was a quiet town, not quite as busy as Champion or Howland – other areas that people from Packard and Delphi lived – but Cortland was a little more removed,” he says.

That influx benefited the city, boosting the population, school enrollment and even home values as wealthier residents moved in.

“The housing market is varied around town. There’s some really nice expensive homes. There are some less expensive homes that are still nice. Prices are pretty good all around,” says Ken Zimmerman, president of the Cortland Lions Club.

Moll estimates that the average home price within the city is somewhere around $125,000. But beyond existing homes, Linville adds, the number of open lots in the city has contributed to a surge in new housing starts around town.

“There were four new homes built in my neighborhood last year. It’s like all of a sudden people discovered – or rediscovered – Cortland. They’re back here again,” he says. “When Packard and Delphi left town, a lot of their people left too. They retired and some stayed while some went south. We did have a little bit of a change in population during that time, but people have started coming back in as the economy picks back up.”

Recently named the top city to retire in Ohio by SmartAsset, the ambience of Cortland seems to lend itself to the retired population. Several retirement communities and community organizations meet regularly, usually downtown.

Linda Wurthner, an employee at Furniture Decor & More, moved to Cortland when her husband retired. The couple moved to Lake Vista of Cortland, a retirement community just north of downtown on the shore of Mosquito Lake.

“I was upset, actually, when I looked at the map and saw where it was. My in-laws live in Hermitage [Pa.] and I know the winters aren’t really nice [around here]. But when I came and visited Lake Vista, I knew the only bad thing here was winter,” Wurthner explains. “The main reason I moved here is because of Lake Vista and the fact that we wanted to live in a small-town community when we retired.”

Wurthner and her husband looked at about 55 other towns, she says, mostly in North and South Carolina. After moving to Ohio, she knew no one in town and turned to a director at Lake Vista, who pointed her toward some of the organizations in town.

“She pointed me to the Ohio State agricultural center and told me I could become a master gardener,” Wurthner says. “I thought it would be something fun to meet other people. And it was, I met lots of people and made entirely new friends. It was exciting and it was easy. Everyone was so friendly and they welcomed us with open arms.”

Community organizations such as the Lions Club or Master Gardeners put on or participate in events throughout the year. The biggest event held in the city, the Street Fair, is put on every summer downtown and sponsored by the Lions.

“We have people from all over the community helping because it takes a lot of work to put something like that on for three days,” Zimmerman says. “Most of it’s kid stuff and fair food. You can get that until you’re absolutely full. We have stuff for the itty-bitty kids and rides for the kids that are a little older and we have stage shows for the teens and younger adults.”

Just Pizzelles owner Christina Benton says events such as the Street Fair, which bring a goodly number of people back to the city each year, are what her family does for entertainment.

“We don’t do a whole lot of entertainment stuff. We find stuff around here like the soapbox derby and community events. That’s the kind of stuff we’re into,” she says, noting that there are few places to go for entertainment in Cortland besides a few restaurants. But one place, she makes sure to point out, is special to her.

“My husband and I met at the roller rink 20-some years ago. That’s where we go most often. They’re like our second family. Now with our little girl, who’s almost 2, we take her there,” she adds.

Zimmerman points to the roller skating rink as one of the town’s more popular attractions.

“They do open skating a couple nights a week and adult skates on Tuesdays. It’s reasonably priced and everyone has a good time meeting new people,” he says. “People come from all over town to go there.”

What produces that small-town, tightly knit, quaint atmosphere, Zimmerman says, is a cooperation that starts at the city’s top levels.

“If you look at Youngstown and Warren and Niles and Girard, there’s usually dissent you’ll hear about. They’ll not get along on what needs to be done and how it needs to be done,” he comments. “Very rarely do you hear voices of dissent over the
actions that take place among the public offices [in Cortland]. It makes it a lot easier on your stomach, to not
have to worry about what will get done.”

Recent public works projects, such as reconstruction of a bridge near downtown and the addition of a new water tower for the city, he says, were done quickly without any major missteps. From there, cooperation and friendliness seem to flow into other aspects to life in Cortland.

“The community is small and most of the people that work in the community live here. If you have question about something and they’re closed, you can go up to their house, knock on the door and ask them in person,” he says.

Even as nearby cities’ populations waxed and waned – which has always affected Cortland’s population, Moll says – and Cortland has grown over the past few decades, the mindset around town hasn’t changed. At its heart, it’s still a small town on the border of suburbia and farmland.

“This was a small, rural village and that changed the way people thought about the community,” the mayor says. “From the standpoint of someone living here, it’s a great place.”

Editor’s Note: This is the first in three stories in The Business Journal’s new monthly series, “Our Towns.” We begin in Cortland with online, in print and video coverage of the people and the town. Watch the DailyBUZZ for video reports beginning Monday. 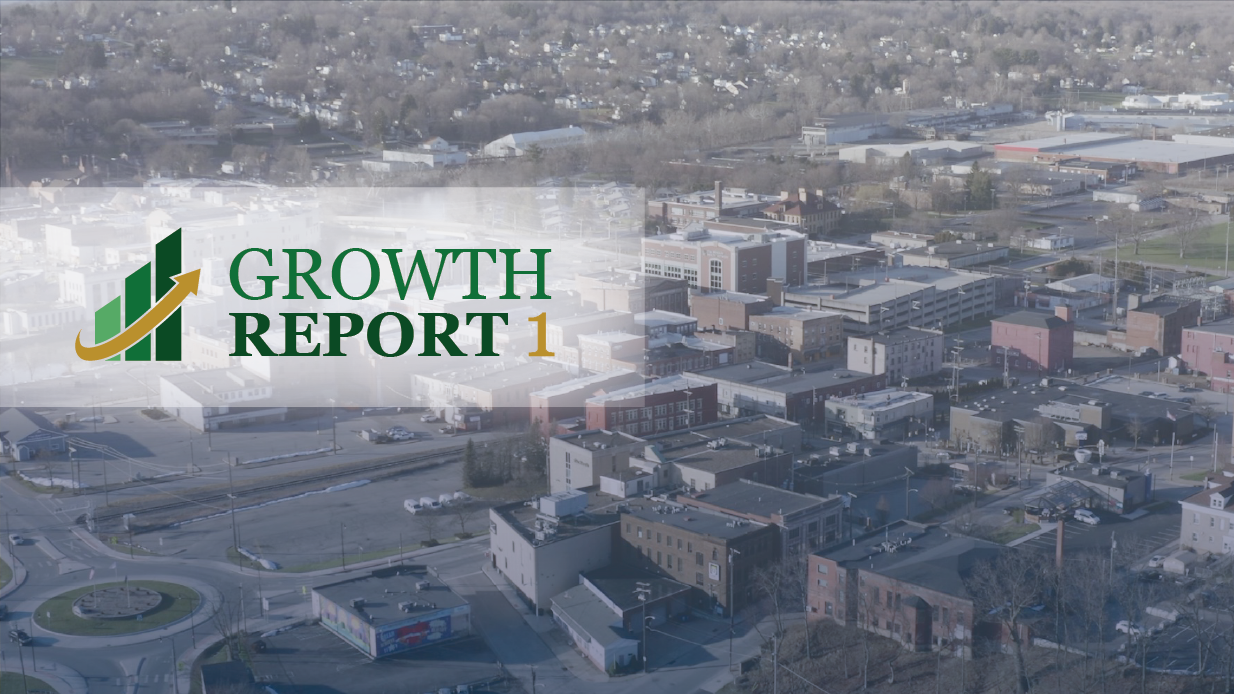 NEW CASTLE, Pa. – With no relief in sight from the pandemic, Visit Lawrence County did everything it could to help its members in 2021. It waived all membership fees and promoted all tourism-related businesses, offering space in its visitors…

YOUNGSTOWN, Ohio – The Rich Center for Autism celebrated more than 25 years of improving the lives of individuals with autism through innovative educational programs. A 25th anniversary gala, held last summer at the Eastwood Mall Event Center, was attended… 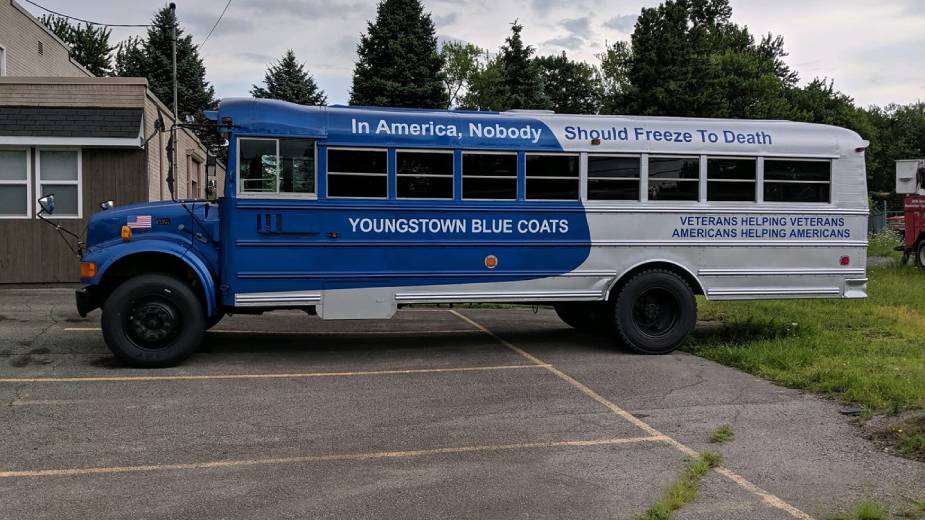