As TBEIC Grows, So Does Its Mission

WARREN, Ohio – The newest arrivals at the Tech Belt Energy Innovation Center, a battery test module and a power grid simulator, will soon make their home on the second floor of the incubator in downtown Warren.

The new testing equipment, funded in part by a $245,000 grant from the Appalachian Regional Commission, are the newest resources being installed to fuel growth of the energy companies the incubator nurtures. Coming soon is a wet lab that will allow companies to conduct chemical testing and related activities.

The new laboratories are the most tangible signs of progress at the 3-year-old incubator, but not the only ones. TBEIC tenants now consist not only of startups that deal directly with its energy mission but also for-profit companies and nonprofits that provide support services. Last year, the incubator began a new program that pairs newer entrepreneurs with more experienced ones to share their stories.

And few technology-based incubators can lay claim to having a brewery among their tenants.

“We’re still 100% focused on energy companies. And it’s really about what assets we can provide to them,” says Rick Stockburger, TBEIC vice president and chief operating officer. Stockburger was hired last August.

TBEIC, which began operating out of the former Kresge building in 2015, has 83 portfolio companies across 23 Ohio counties and nearly all of the offices in the building are filled, according to Stockburger. “It’s really an exciting time,” he says. 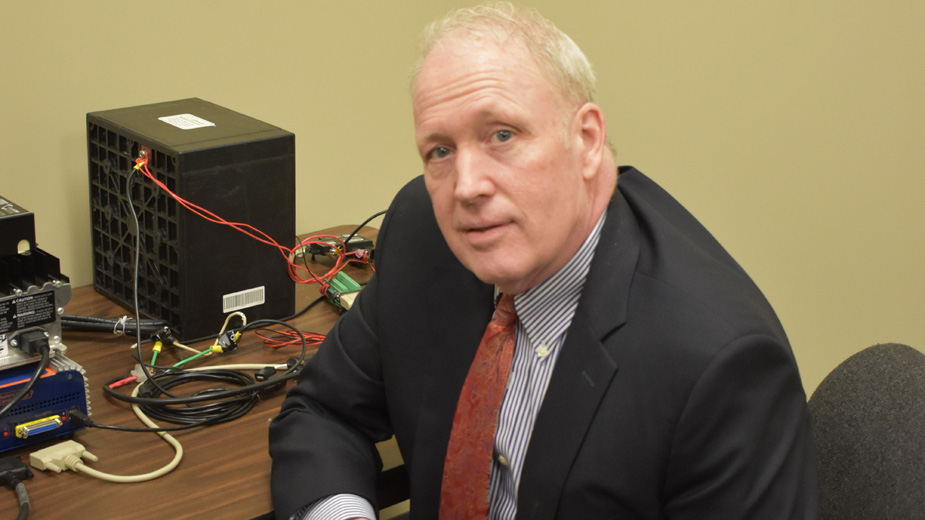 The systems his company is developing would provide backup power for commercial and industrial uses, he says, providing consistent power to prevent disruptions to equipment that a split-second power interruption could cause. It could also allow buildings to use the stored battery power rather than pay the higher rates utilities charge at peak times, Crowther explains.

The systems could integrate solar and other renewable energy technologies that fluctuate, serving as a buffer, he says.

TBEIC is a good fit for MegaJoule because of the incubator’s expertise in energy markets, Crowther says. “They understand startup companies and they understand the needs of energy startup companies,” he continues. In addition to its help in finding funding through business competitions, TBEIC has a network of companies it’s introduced to his company.

The most tangible benefit of affiliation with the incubator, he says, is the testing equipment being installed in its shared resource lab on the mezzanine.

The module allows batteries to be tested for factors such as longevity of charge and the number of cycles one can go through, Stockburger says. The grid simulator will permit devices to be plugged in to demonstrate how a product will work “in the real world,” he says.

“What we’re about with this in the shared resource lab isn’t just commercializing technologies for startups but also working with industry partners such as FirstEnergy and Dominion – all of these larger organizations – to see what kind of technologies are out there for them,” Stockburger says.

Beyond the five tenants that deal directly with energy and battery applications, the incubator houses offices of nonprofit agencies that can provide assistance to tenants as well as the rest of the community. Among them are the Eastgate Regional Council of Governments and the Warren office of the Minority Business Assistance Center.

Other tenants might not directly deal with the energy industry, but can provide their expertise for the energy startups. D5 Group, for example, offers digital marketing, social media management and visual content creation for customers.

“Scientific creative people,” as CEO and founder DeShawn Scott, describes them, “can tell you how a pen works and break it down, and you look at them like a deer in headlights.” Through his company, he works with TBEIC tenants to help them explain what they do and make to the public. 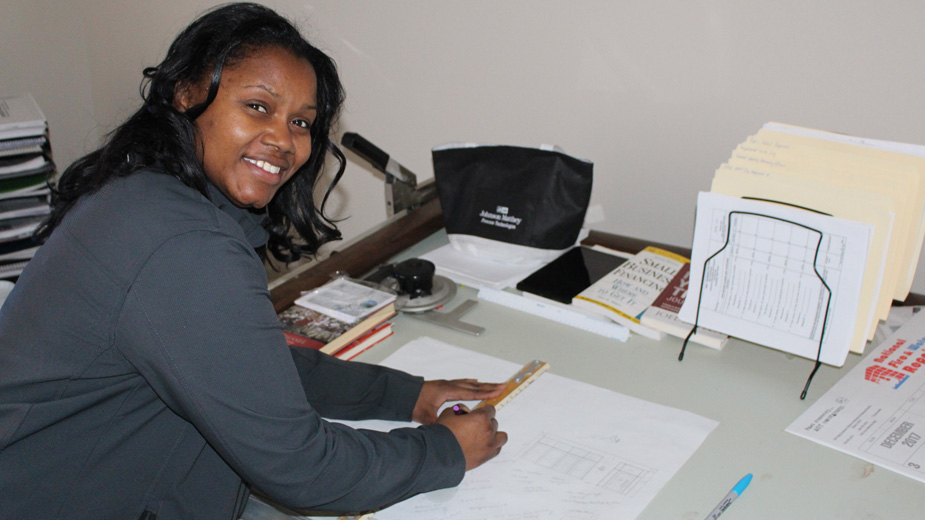 Mayo, who has provided engineering services for the incubator, says she appreciates the executive roundtables TBEIC holds for its tenants. “It’s just a great environment for the up-and-coming entrepreneur,” she adds.

While not an obvious fit for an energy-focused incubator, Modern Methods Brewing Co. is preparing to open in TBEIC’s adjacent warehouse. Part of its focus is sustainability, founder Adam Keck says.

“Brewing in itself is a very water-dependent industry,” Keck says. For every barrel of beer produced, seven barrels of water “go to waste,” he says. So Modern Methods focuses on reclaiming that water. The brewery is tightly monitoring its water use to become more environmentally friendly and energy-efficient, with a goal of creating a model for other breweries to use.

Additionally, Modern Methods fits into TBEIC by serving as “a community taproom, a place where people feel comfortable to come and share ideas and come up with new, creative ways of solving problems over a great glass of local beer,” Keck says, noting that pubs and taverns were among the first community spaces in the country. 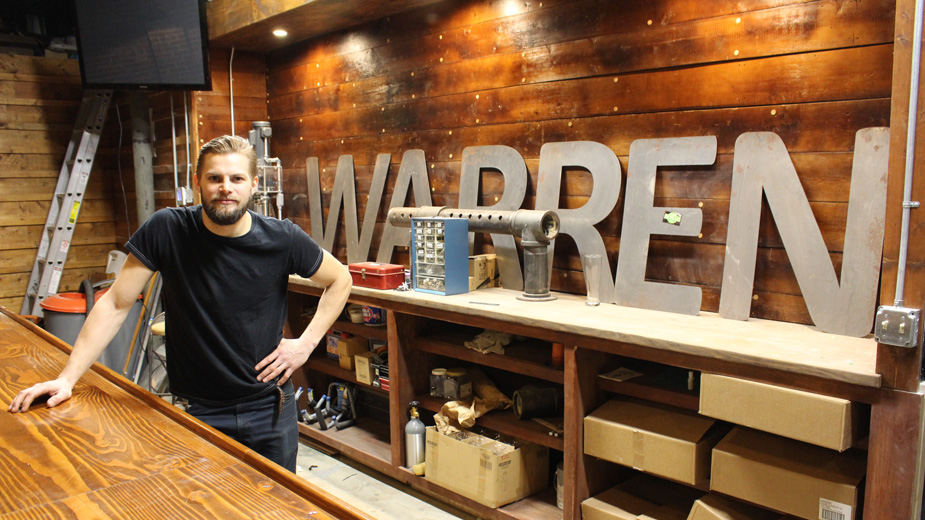 “A lot of times it’s easy to focus on the equipment and things that we can provide people, but at the end of the day, the ability to collaborate, the ability to work with people and be around cool things is what the difference is,” Stockburger says.

Beyond providing services to its physical tenants and portfolio companies, TBEIC in recent months has launched initiatives that more broadly serve the community and boost its profile. The monthly Founders Exchange program pairs a newer entrepreneur with experienced business people, providing a venue to discuss their experiences and issues.

TBEIC recently hosted a “hackathon,” bringing together engineers and others from around the region to focus on the problems at Warren’s wastewater treatment plant. The incubator approached the city to learn the opportunities for growth, and officials focused on the plant.

“It’s a cool way to give back,” Stockburger says. “Volunteering is really important, but in the 21st century, we’re looking at ways to utilize our skill set other than maybe just going out and swinging a hammer.”

Hackathon participants were divided into four groups to address energy efficiency and other energy sources the plant could use, such as biosolids or installing a solar panel array or wind turbine.

The incubator is preparing to welcome a new tenant into space that will be built out on the second floor, Petra Power. The startup has developed a patented solid oxide fuel cell designed to reduce fuel costs and emissions for customers in the transportation, shipping, residential and commercial sectors, CEO Aaron Goodman says.

Goodman, completing his doctorate at Princeton University, says he hopes to move into TBEIC by summer. The incubator came to his attention through the technology transfer office at the NASA Glenn Research Center where Petra Power’s fuel cell design was developed.

“Accelerators and incubators are popular destinations for startups, but TBEIC is something entirely different,” he says. “It isn’t necessarily a temporary placement. And the support and connections aren’t as transient as they often are at incubators and accelerators.”

Being able to use the communal lab space and equipment at TBEIC will allow Petra to lower its production costs, Goodman continues. “TBEIC has fostered a community of impressive and supportive members,” he says. “Its an awesome environment to work in, with a bunch of great people.”

Additional plans for TBEIC consist of creating spaces for automotive-related testing, the “internet of things,” as Stockburger describes it, and testing drones.

Thornton Joins Farmers Board of Directors