At the Hope Center, the Job Is Personal

YOUNGSTOWN, Ohio – The path that led Aida Rivera to work as a medical assistant comes with a long family history.

Rivera has worked at the Hope Center for Cancer Care in Boardman for the last three years. But she did such work even before her formal training, she says. She pursued an associate degree in applied science for medical assisting so she could care for her father, she says.

“I have pretty much always been a caretaker in my family, with or without the experience,” she says.

The Business Journal spoke with Rivera as part of its Brain Gain Navigators program. A live webinar was held with the Hope Center’s executive director, Rhonte Davis, on April 14.

Rivera completed her externship at the Hope Center and was hired. A few months later, her father was diagnosed with cancer. He lost his battle with the disease in March 2020.

That makes her work even more meaningful to Rivera, she says, and her experience allows her to relate to her patients. Being able to connect with patients on that level is something Rivera shares with many of her colleagues.

“We know what they’re going through. We’ve all actually had family members diagnosed with cancer. So we know how it is to be on that end,” she says. “So, we want to be there for them in the way we wanted people to be there for us.”

Ashley Washington agrees. As a registered nurse who works at the Hope Center’s Boardman and Warren sites, she relies on that personal connection with patients every day. Having lost her mother to cancer when she was young, Washington says she was driven to work in oncology.

“I love that we get to see these patients week to week,” she says. “The simplest thing that you remember about them means so much to them. Even asking about their dog … it makes their day so much brighter.”

Before coming to the Hope Center, Washington worked in a hospital. She enjoyed the work, she says, but many of the patients are in and out “and you never see them again,” she says. She prefers outpatient oncology because it gives her the opportunity to be a part of a patient’s entire journey.

“I think it’s an honor to be able to make that just a little bit easier for them in any way that I can,” she says.

Comforting patients and their families is a key part of the care offered at the Hope Center. From the doctors and nurses who administer the treatments and conduct the blood work, to the office staff who schedule appointments and operate the phones, each employee plays a role in that effort.

Karen Gillen has been a phone operator at Hope Center for eight years. As a cancer survivor herself, Gillen says it means a lot to her to be able to connect with individuals and help them through the process. “When they come here, they’re scared. They don’t know what to expect,” she says.

Gillen was diagnosed in 2004. She received treatments that entire year at the former Northside Hospital.

“Some of the same nurses that work here now took care of me when I was going through cancer,” she says. “It’s nice to be a part of the team and help people through this.”

Developing those personal relationships isn’t without its challenges. Watching patients struggle with their illnesses can be difficult, Washington says.

“It’s hard sometimes not to take that emotion home with you, just because you really care about them on a personal level,” she says.

Teamwork within the office helps staff members get through the difficult times, they say. And it can make the rewarding parts of the job all the better.

When a patient completes treatment, staff will ring a bell in the back. “That’s always a beautiful sound,” Rivera says. Even getting a scan that shows no progression is enough to lift the spirits of staff and patients alike.

“Anything can be rewarding,” Rivera says. “You’ve got to take every little thing as a reward.”

Hakimian has practiced for more than 18 years and joined Hope Center two years ago. His fascination with medicine stemmed from his own experience as a sick child, he says. When his parents took him to see the doctor, he recalls asking lots of questions and would read about the different medications and treatments.

After completing medical school and doing a rotation in pediatric oncology, he shifted course to work with adults, he says. While medical school and another six years of internships and residency work are necessary to become an oncologist, one of the most important skills he’s practiced throughout his career is listening.

As a doctor, his days are busy and he has 15 or 20 minutes to see each patient, he says. “But I never forget that I need to listen,” Hakimian says.

“A patient doesn’t need to hear me all the time,” he says. “Sometimes patients need to tell me what’s going on. And the trick for me is to find in my heart the time to listen, even if I’m busy.

“If you know how to manage your time correctly, you’ll be successful. And the patient will be appreciative,” Hakimian says.

Doctors and office staff “truly have to be a people person to do this kind of work,” says Jackie Carr, a scheduler at Hope Center. After seeing the doctor, patients come to Carr to have their next appointments scheduled. Some of them receive good news, she says, and others receive bad news.

“Depending on what they’re told, you have to deal with the different emotions that anybody would go through,” she says. “It’s basically knowing how to listen and support and schedule patients.”

That is a challenge, Carr says, because patients can be upset, angry, nervous and anxious. Carr’s job is about trying to calm them, understand them and help them to feel at ease.

“Let them know they’re coming to a good place and we’ll take care of them,” she says.

“I listen to what bothers them and then I explain to them what good doctors we have and that they will take care of their needs and give them the right treatments that they need,” she continues. “It’s so scary when you first come here. Everything’s new. So it’s relating to the patient and listening to what they need.”

The most rewarding part of Carr’s job is when a patient comes to her desk after receiving good news and won’t need to schedule another appointment.

“It’s a wonderful thing,” she says. 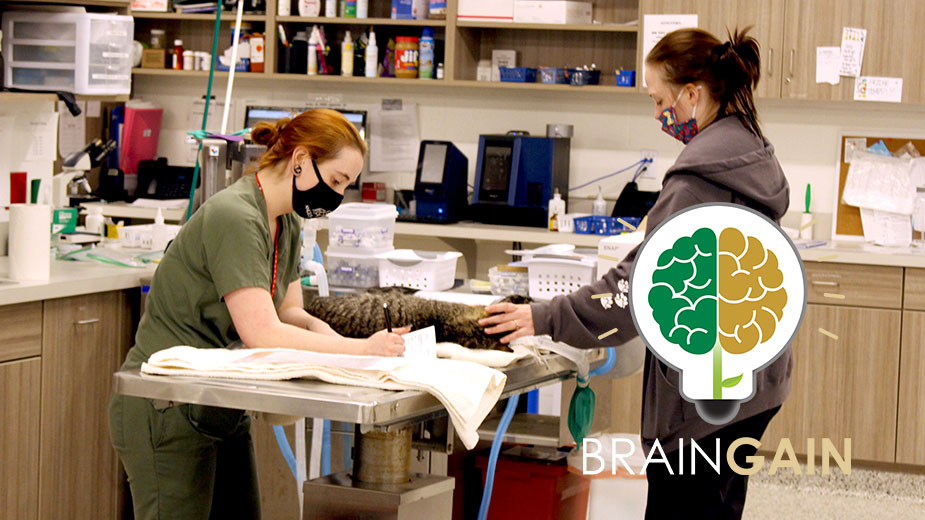 YOUNGSTOWN, Ohio – Kimberly Smith was always interested in the nursing profession. But a love for animals led her to pursue a career as a registered veterinary technician. Now, 30 years later, Smith finds herself doing things a typical RN… 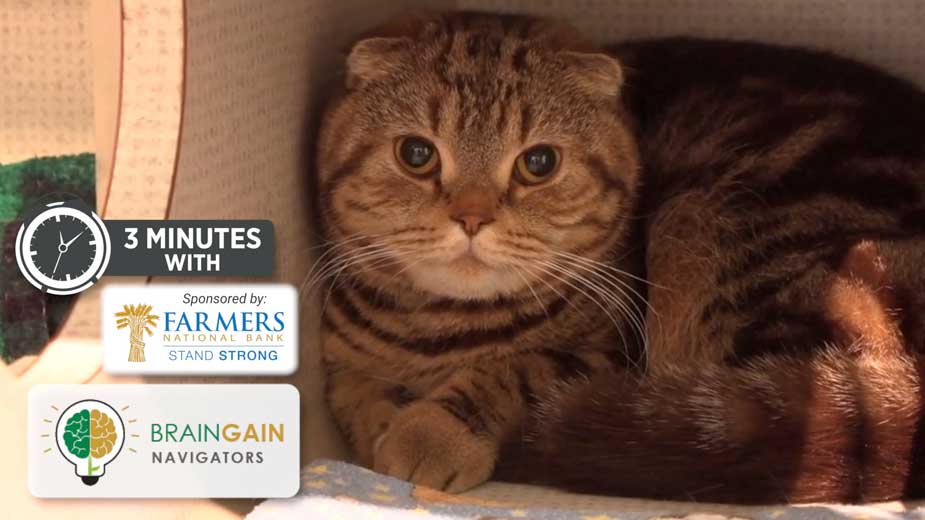 This is an excerpt from the Brain Gain Navigators series. This series seeks to connect Navigators (mentors) and their students (mentees) with virtual LIVE + On-Demand employer tour opportunities in the Mahoning Valley. In this excerpt, Diane Less talks about… 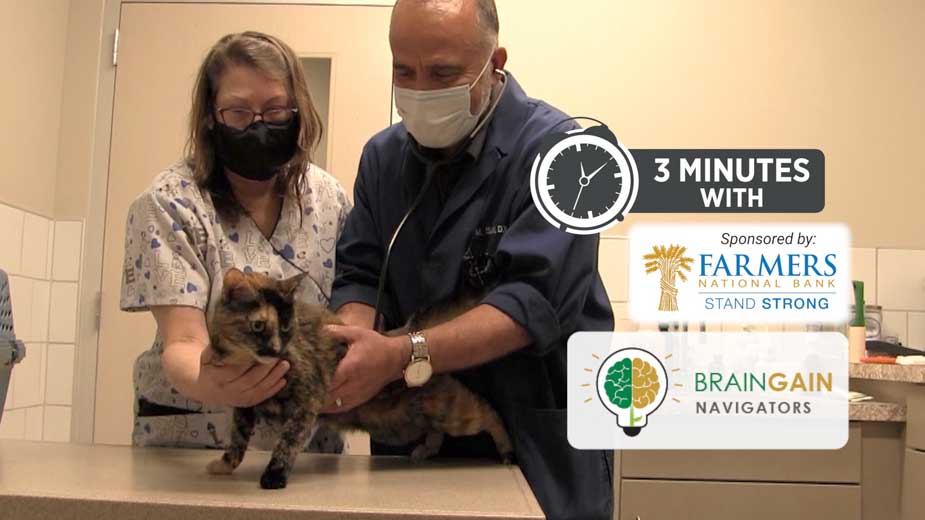 Navigators Excerpt: Exploring a Career as a Veterinarian

This is an excerpt from the Brain Gain Navigators series. This series seeks to connect Navigators (mentors) and their students (mentees) with virtual LIVE + On-Demand employer tour opportunities in the Mahoning Valley. In this excerpt, Dr. Jennifer Clipse talks…