YOUNGSTOWN, Ohio — With 2018 almost at its end, area banks report they’ve fared well this year and expect the momentum to carry over into the new year.

“Cortland Bank and almost every bank in the industry this year has seen probably one of the best years in banking,” says James Gasior, president and CEO of Cortland Bank. “We’ve had the benefits of the tax reform and some regulatory relief and we are going through a good cycle right now in the banking industry.”

Cortland Bank, along with Farmers National Bank, PNC Bank and Home Savings Bank, sat down with The Business Journal to recount 2018 and look ahead to 2019.

Cortland has seen loan demand increase across the board in 2018, particularly in real estate, Gasior says. He reports the top three industries borrowing from the bank are hotel/motel, skilled nursing and multifamily real estate. The bank has also seen an uptick in business from the trucking industry.

According to its third-quarter earnings release, total loans borrowed at Cortland for the three months stood at $481.91 million, up from $411.41 million in the third quarter of 2017.

Farmers, meanwhile, reported in its earnings release that it has achieved 143 consecutive quarters of profitability. With this, Kevin Helmick, President and CEO of Farmers National Banc Corp., says the bank’s total loans grew 9% from the year-ago quarter. Loans were at $1.691 billion for the third quarter, up from $1.551 billion.

Commercial real estate, business, industrial and agricultural loans make up the largest sector of loans borrowed from Farmers this year.

Similarly, Ted Schmidt, regional president of PNC Bank, says the biggest gains this year at PNC are in its commercial loan growth space.

“We’ve had our clients expanding their existing real estate projects for not only the growth they experienced in the last year, but anticipated growth going into the future,” he says. “We have also seen a little bit more robust financing in terms of equipment purchases and standard utilization of working capital lines.” 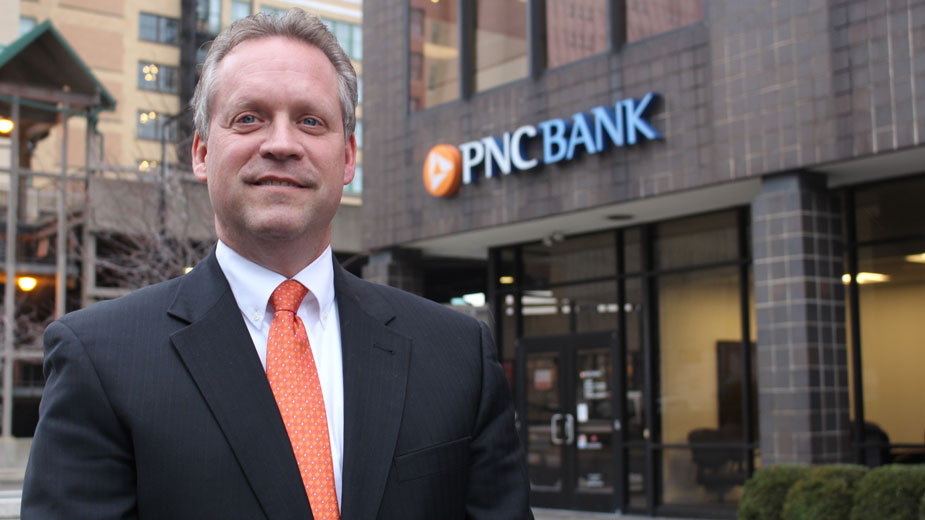 “The commercial book was really growing robustly when we started at a small base three or four years ago and now we’re up to a nice critical mass,” Small says. “It will naturally grow a little less robustly but still we’ll be up 15% or more this year and I foresee the same for next year.”

Total loans at Home Savings rose to $2.244 billion at the end of the third quarter, compared to $2.032 billion last year.

One reason for increased commercial lending this year was because of cuts stemming from the Tax Cuts and Jobs Act, the bankers agree.

“Tax reform has been something that can’t be overstated because it’s really been beneficial to a lot of the small businesses we’re dealing with,” Farmers’ Helmick says. “It helps the businesses we serve and they’ve been able to have more liquidity on their balance sheet and spend more money to invest in capital equipment and people.”

Still, while there are bright spots in many areas, banks are seeing more caution from consumers in mortgage lending.

“Inventory is down. It’s hard to find homes for people. Rates are up, so it’s less refinancing,” Helmick says. “We’re growing the business but that is one area that has been a challenge.”

One of the biggest factors in the macro environment that banks are watching is rising interest rates. The Federal Reserve has raised interest rates three times this year, most recently at its September meeting. The federal funds benchmark rate is between 2% to 2.25%.

“We expect one more rate increase at the December Fed meeting and possibly two more in 2019,” PNC’s Schmidt says. “It has not slowed down the growth, but it has our borrowers looking at options of either fixing or floating [rates], depending on the mix they have on their current balance sheet.”

In addition to tax cuts and interest rate increases, deregulation and the implementation of tariffs have also had an effect on the banking business.

Helmick gives an example of how regulatory relief has affected Farmers Bank this year. “Our primary examiner is the OCC [Office of the Comptroller of the Currency] and before they would come in and visit us every 12 months and now that’s moved to 18 months.”

As for tariffs and trade, Home Savings’ Small says it has positively affected business customers, but he is unsure what effects it will have in 2019. “The tariffs have been a good impact this year,” he says. “There’s growth, there’s optimism and there’s good business.”

“For folks that are trying to understand your capabilities in the scope of what you do, those numbers have some important relevance to our commitment and our capabilities within the business,” Small says. “And the number is growing at a double-digit pace.”

In 2018, PNC expanded into new markets by opening branches in Nashville, Tenn., Houston and Denver, with plans to open sites in Boston and Phoenix next year.

As for Cortland Bank, Gasior reports the bank has received approval to open a new branch in Strongsville in January.

“When we decided to move into Strongsville, we recognized that we will become the only community bank servicing the Strongsville market,” Gasior said. “Other banks are national banks there. We provide an alternative to national banks and that differentiates us from most of our competition.”

“If the Fed continues the rate increases, we will see some type of change in the economy, but based on what we know today the economy will continue to stay strong,” Gasior says. “2018 will mirror 2019.”

Looking forward to 2019, Home Savings’ Small says, “We’re long in the economic recovery and folks are going to be a little bit more cautious in how they’re moving forward and interest rates are likely to climb a little bit.

“We’re preparing to have a very good year,” he says, “but we would not be surprised if it was a tick less robust than this last year or the year before.”