Beneath the Butler Are Centuries of Art

YOUNGSTOWN, Ohio – There’s plenty to see at the Butler Institute of American Art. The 82nd National Midyear Show kicked off in late June, drawing more than 250 visitors on opening day. Then there’s the classics such as “Snap the Whip” by Winslow Homer, Norman Rockwell’s “Lincoln the Railsplitter” and a few Andy Warhols thrown in for good measure.

But the vast majority of the collection is kept tucked away in the depths of the museum on Wick Avenue. As visitors walk through the main foyer, the Butler’s archive staff is hard at work directly below.

“The oldest is from 1719 and the most recent is from this year. It really is a comprehensive look at American visual arts culture,” says Executive Director Lou Zona. “There are 22,000 works in the Butler collection spanning three centuries of American art.”

Among those in the underground collection are a painting commissioned by the Butler family of actor Otis Skinner and a painting by actor Robert DeNiro’s father.

“We keep track of where everything is. Supposedly, I know,” McCormick says with a laugh. “When you have to know everything, that number sticks with you.”

There is a method to the madness of the museum’s archives as shelf after shelf and dozens of rolling racks are filled with art.

“We’re able to touch a key on the computer and can read about the status of a work,” Zona says. “When was it restored last? What makes the most sense for its conservation?” 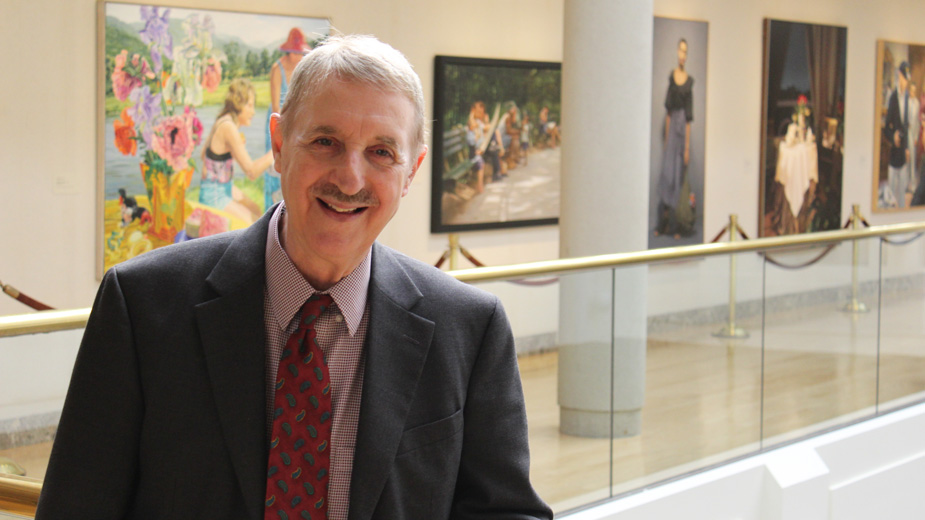 Among the duties of the museum’s registrars are taking photographs of all pieces in the collection, entering the works’ information into a database and putting together biographies about artists with the occasional anecdote about the piece.

“For the permanent collection, we have a database that, along with artist, title, medium, size and things like that, has a conservation section where we can track the condition of the piece,” McCormick says.

The conservation of art is among the foremost principles of the museum, Zona says. Just about every operational function of the museum serves as a way to give artwork as long a life as possible. The building is kept at a steady 70 degrees and 50% humidity, while electronic monitors ensure the balance. In the vaults below the galleries, each is controlled by its own environmental system to keep the rooms cool and at the proper humidity.

In any gallery, it’s impossible to shift your gaze without noticing a security camera.

“Whenever somebody gets too close to a piece, a voice will sound asking them to stand back. That system is so important to us because we don’t have the guards to guard every gallery,” Zona says. “But someone is watching every gallery, every work of art. So if someone stands too close or even if a shadow falls the wrong way, our guards are alerted.”

Usually, he notes, “it’s a minor thing,” when such an alarm goes off.

There’s also the matter of lighting in the museum. A few years ago, all of the bulbs in the museum were replaced with LEDs as a measure to reduce the heat and damaging rays put off by fluorescent lights.

“One of things we’re worried about is too much light or the wrong kind of light, especially for works on paper that are more likely to be damaged by high light levels,” Zona says.

Even with every precaution, things still happen. Zona recalls walking through a gallery one morning, only to find that part of Robert Vonnoh’s 1892 painting “In Flanders Field” had detached from the canvas and fallen to the floor. In a situation with something as serious as that, the museum enlists the aid of the McKay Lodge Art Conservation Laboratory in Oberlin.

“We had to ship it to them in a climate-controlled vehicle with a special ride so there was no further damage. They worked on it for the better part of a year,” he recalls.

Among the restoration work done by the laboratory, which the Butler has worked with since 1982, was repainting damaged portions of the work and replacing the original varnish with a new acrylic varnish.

“It’s now in wonderful condition and should last a couple more generations before it needs work again,” Zona says.

“Everything that humans create turns to dust. Canvasses rot away. The stretcher that holds the canvas can weaken. The mission of a museum is to protect them for future generations as best we can.”

That mission can extend beyond the Butler’s walls. Every year, the museum organizes about 30 traveling exhibitions, sending some its works to other institutions. Getting the pieces there, notes traveling exhibition registrar Zach Repphun, isn’t as simple as putting a piece on a FedEx truck. 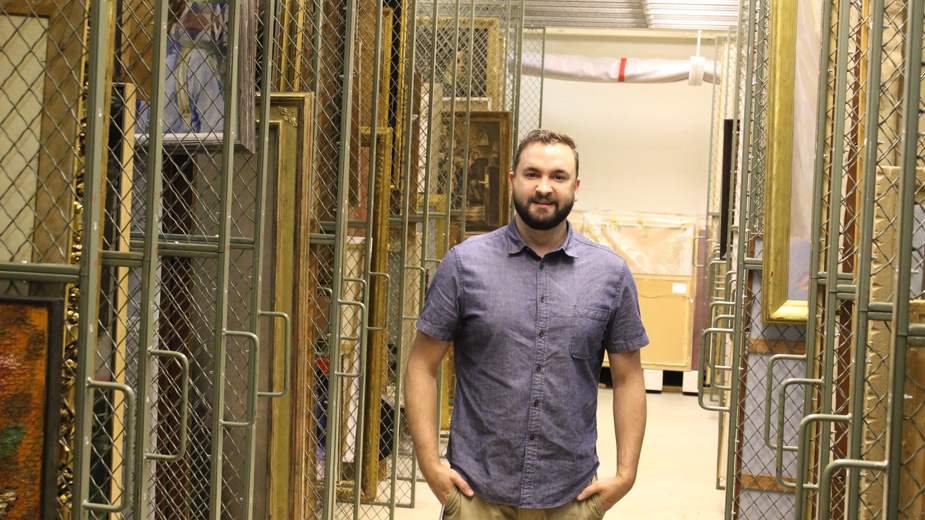 “I put a list together, get the dimensions for crates, set up the logistics, get certificates of insurance,” he says of his duties. “Once the items get here, you have to do condition reports and make sure everything’s in the order it got shipped out.”

For inbound works, some museums may require the piece be sent with a courier who stays with the work from the time it gets on a truck to the time it’s installed at the Butler.

Such transportation isn’t cheap, either. Crates that are specially built to hold certain pieces can cost as much as $3,000 apiece.

“There are fine-arts shippers, sometimes using exclusive trucks,” Repphun adds. “We have to discuss loan agreements with security because we may need to have a guard in [a gallery] or we may need a camera on a piece specifically.”

For as extensive as the collection of artwork at the Butler Institute is, it isn’t the only thing in the museum’s collection. Over the past 16 years, McCormick, Repphun and the other registrars have been working to catalog the correspondence of museum founder Joseph Butler Jr., articles about the Butler and official records from the museum’s administration.

“There really should be digital copies of everything, but we didn’t believe in standardized forms, so a lot of these don’t fit on the scanners,” he says with a laugh. “I just finished scanning all the newspaper articles about the museum from 1903 to 2018. That was 11,300-and-some scans.”

And all of the items in the collection are a priority, whether they’re paintings or minutes from a 1929 meeting.

“Part of the idea of conservation is preservation,” Zona says. “Every time I walk through a gallery, I make sure to look at the works to make sure they’re holding up.”

Pictured: By registrar Pat McCormick’s count, there are 22,383 works in the Butler’s collection.

by The Warren Flea & Farmers Market - 1 hour ago