Brewery on Tap at B&O as Restaurant Opens

YOUNGSTOWN, Ohio — A new brewery is on tap at the B&O Station in Youngstown, which should be up and running by spring, and a barbecue restaurant recently opened there as the former train station undergoes yet another transformation.

Sandi Cassile, co-owner of the B&O Station, said at the time this story was posted that she and her partner were completing discussions with a local brewer, who wished to remain nameless at this time, and who will lease out the equipment and run the business out of the space. On Nov. 20, a new company, Penguin City Beer, announced it has signed the lease and hopes to begin operations shortly.

The space was most recently used by the Ohio Brewing Company. It has four fermentation tanks and six cold tanks, giving it an 80-barrel capacity she says.

“They want to can beer. They’re going to distribute to all the local bars and try to get in the local stores,” she explains.

Eventually Cassile hopes the space will transition into a brewpub, something she says would be a nice compliment to the evolving venue.

The complex just off the Spring Common Bridge on Mahoning Avenue includes the B&O Station, a former train depot built in 1905, which serves primarily as a banquet facility.

It is run by Cassile and co-owner Catherine Fetter. 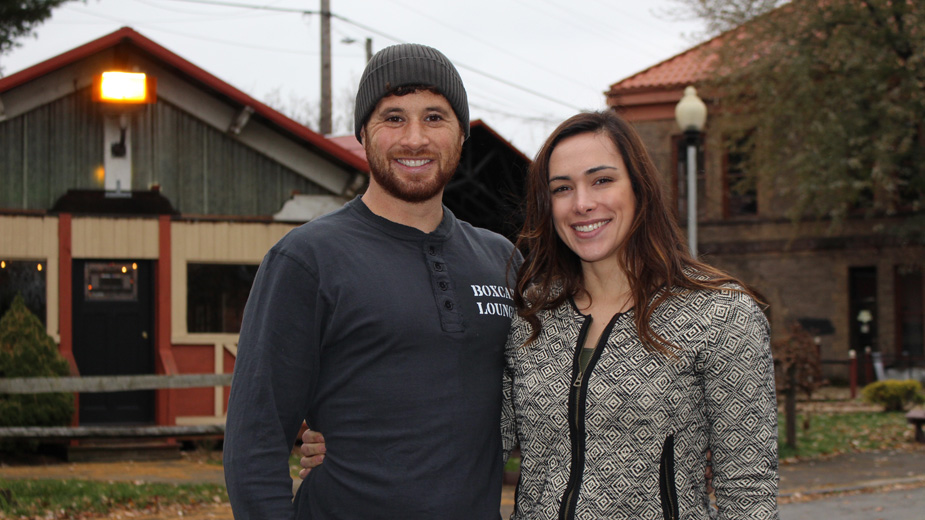 Erik Cassile and Catherine Fetter manage the Boxcar Lounge at the B&O.

At the other end of the property is the Boxcar Lounge, a small bar managed by Fetter and co-owner Erik Cassile, who is Sandi’s brother and Fetter’s fiancée.

“There are lots of owners,” jokes Erik.

The most recent addition to the complex is Daddy Dick’s BBQ, which opened on Halloween.

The restaurant operates out of the B&O kitchen and serves food to the patrons of the Boxcar Lounge. Because the buildings aren’t connected, food is prepared and then packed onto covered trays.

“Then we run as fast as we can through the snow and rain to deliver it,” Fetter says laughing.

The restaurant serves bar staples including beer cheese and pretzels, chicken tenders, flatbreads, and baby back ribs. Most of the dishes use a signature sauce and rub, recipes created by Fetter’s father, for whom the restaurant is named.

The menu also contains seasonal items, such as roasted acorn squash, and next year they plan to locally source as much of the menu as possible.

“We just want to contribute back to Youngstown. Youngstown is supporting us, we want to support Youngstown,” Fetter says.

The Boxcar Lounge opened in 2006, and for years was only open on the weekends. Now the restaurant and lounge are open Wednesday through Sunday.

“It’s really cool to be able to open the doors more regularly. That’s our whole goal, to have this place open seven days a week shortly,” says Fetter.

To do that, the entire complex has been undergoing a slow but steady transformation. Four months ago, the Boxcar received a face-lift, with new tables, paint, and drinks.

Around the same time, the outdoor patio was converted into an indoor recreation area, essentially doubling the restaurant’s space.

“It was an exposed patio for a long time. I put up walls and doors. I put a floor in there, a furnace. We have a dart board, pool table, a stage for a band,” Cassile says.

The patio also has several wooden swings for patrons to enjoy while they eat and drink.

“I think they are the only [bar] swings in town,” says Cassile.

“It feels outdoorsy, but you can still enjoy it the other half of the year,” adds Fetter.

Next year the B&O will begin catering services for the banquet hall. Both will run out of the B&O kitchen, and will be headed up by Fetter.

“You have to be a master of managing your time. So that’s really important for us getting through a successful week. Just managing our time wisely,” she says.

The B&O employs five part-time workers, but most work falls on Sandi and Erik Cassile and Fetter. Often times they’re booking the banquet hall, working with the wedding party, cooking, ordering food, tending bar, and performing construction work all in the same day.

Still, they all understand how important the B&O is to the community, and they take seriously their role as stewards of the historic venue.

“I had a woman in here in her 80’s, her name was Margaret,” Fetter recalls.

“She drove in, had a Budweiser and shared a story with me about coming here as a little girl and seeing off men to World War II. That really brought it into perspective for me, how special this place really is,” Fetter related.

Fetter is a recent addition to the B&O, but the Cassiles have been working and making memories here since their parents purchased the venue 16 years ago.

And Erik Cassile is confident the next generation has the business on the right track. 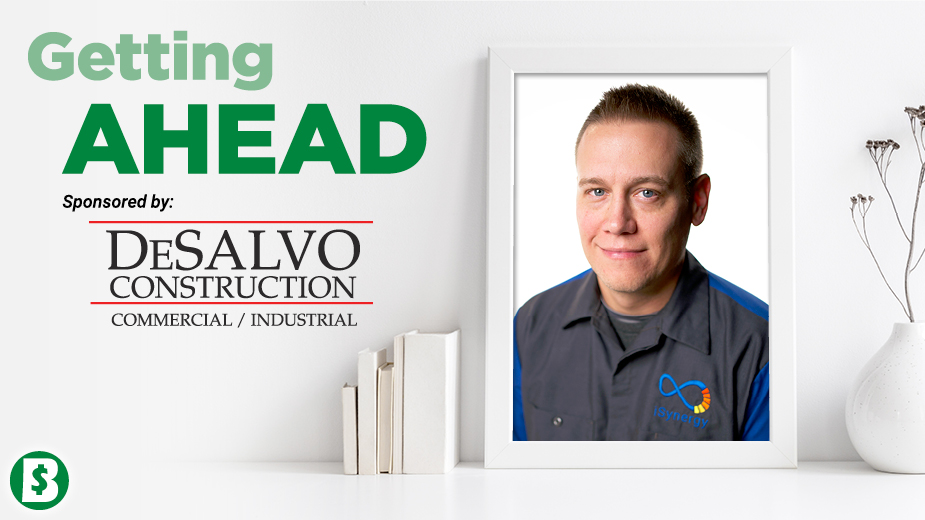 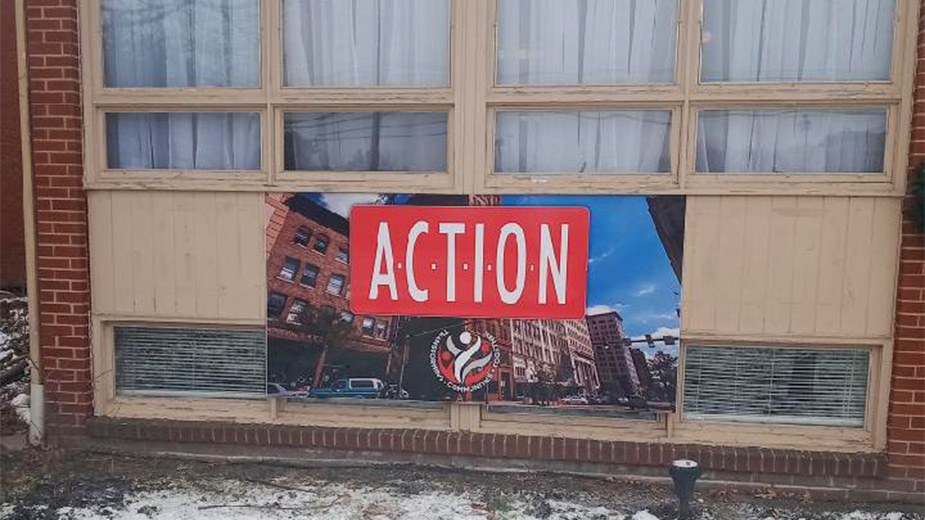 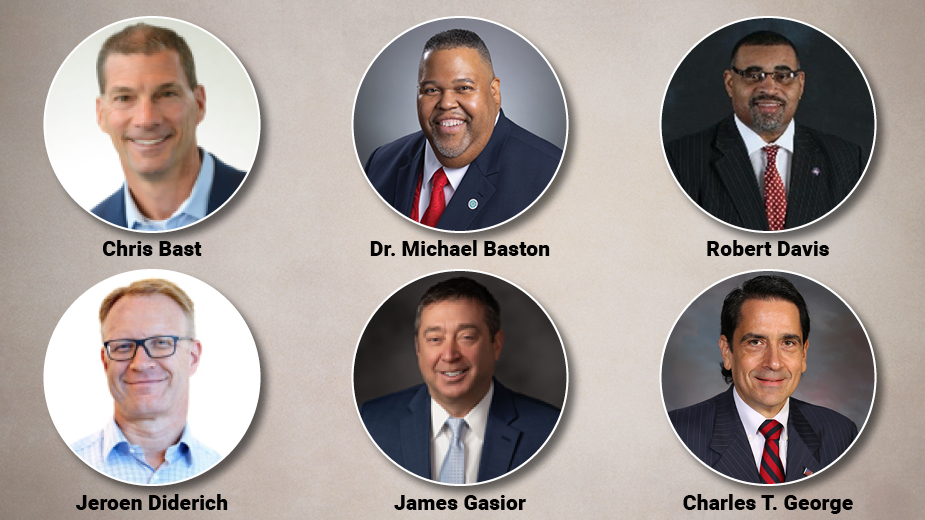