YOUNGSTOWN, Ohio – In 2013, after 32 years as a teacher in Youngstown area schools, Genevieve Bodnar was planning her retirement. Not long afterward, an unexpected diagnosis changed those plans.

Bodnar learned she has polymyalgia rheumatica. When her medications made her ill, a naturopathic doctor advised her to change her diet.

“If I eat wheat, corn or dairy, I have horrific pain,” she says. “I can barely walk.”

So in 2016, she started baking her own bread products at home using ancient grains such as spelt, which is easily processed by the body, she says. Bodnar took her breads to the Howland Farmers Market where she found customers.

With support from the market, she set up at the Common Wealth Kitchen Incubator in 2017 and has turned her hobby into a business. The kitchen manager of the incubator, Sean Dougherty, is helping her move the business forward.

“You get people in and you’re here to help them grow,” Dougherty says. “As they grow, they hopefully get to the point where they can say, ‘I’m ready to get my own place.’ ”

The kitchen is at 50% capacity with 25 active users. Graduates have taken their products to market and some have opened restaurants, commercial kitchens and food trucks. Others “will probably stay with us forever,” Miller says. 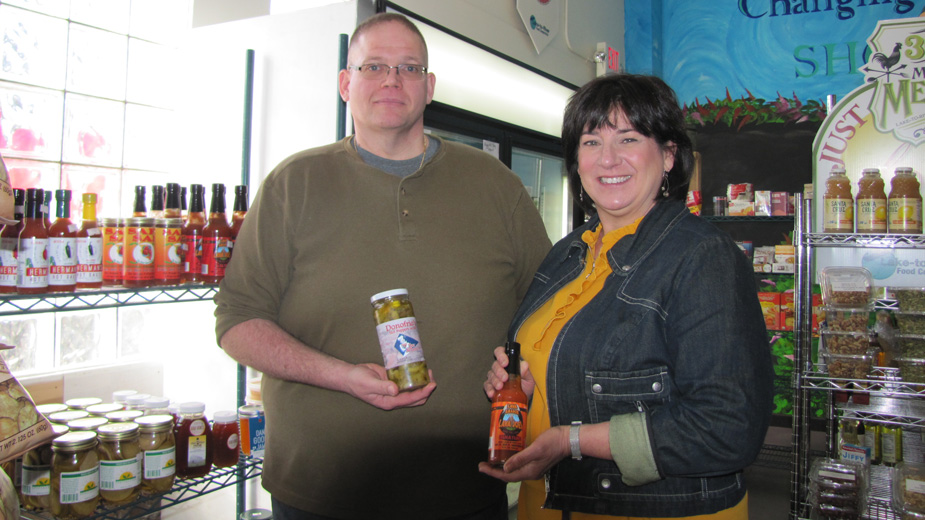 Across the country, business incubators stimulate local economies by guiding startups to financial stability as they create jobs and bring new products, services and technologies to market. The Florida-based International Business Innovation Association reports there are more than 6,000 active incubators and accelerators in the United States, up nearly 10% over the last five years.

Business incubators design their programs to meet the needs of the niches they carve. Organizations such as Common Wealth and the Youngstown Business Incubator have niches in culinary and technology startups, respectively. The Oak Hill Collaborative in Youngstown and LindenPointe in Hermitage, Pa., serve no particular business sector and house startups at various stages of growth.

Oak Hill works with people who have “a wish and a dream,” but don’t have a plan, and trains them “on the very rudimentary level” of running a small business, says its executive director, Pat Kerrigan.

“Our goal is to get people into their business and away from their kitchen tables,” Kerrigan says.

This year, Oak Hill is launching its Digital Inclusion Initiative to get entrepreneurs up-to-speed with digital literacy. The program is also educating the community on the importance of business-level internet access, hardware and software, and improving residents’ computer skills.

Oak Hill hosts 10 entrepreneurs, some who come in daily, others only when they need to use the offices or the MakerSpace. This “very informal level of incubation,” as Kerrigan describes it, leaves it up to the entrepreneurs how often they come in to work. Some of his graduates have outgrown Oak Hill and taken their operations elsewhere. Others have advanced their business to where they can make the transition to incubators such as the YBI.

Funding is a challenge for Oak Hill, which operates mostly on donations from individuals and assistance from St. Patrick Church in Youngstown, Kerrigan says.

Even the incubators that derive much of their funding from rent and other fees need additional sources of revenue. Since incubators typically are nonprofits, many receive funds from state and local governments, universities, corporate sponsorships, donations and grants, says Andrea Wesser-Brawner, senior director of content and research at the International Business Innovation Association.

One trend taking shape is having large corporations “buyin” and subsidize operational costs, she says.

“We are seeing this in about 5% of the entrepreneurship centers, and it is definitely on the rise as corporations require innovation/solution scouting outside their procurement or [research and development] internal efforts,” she continues.

Other incubators are playing more permanent roles in developing local companies with “2.0 programs” where they offer larger, more mature-equipped facilities to help companies that have graduated but want to remain local, Wesser-Brawner adds.

Along those lines, some of Common Wealth’s tenants who have moved on still return to use the kitchen as needed. The incubator is looking to purchase more equipment and hire staff to help tenants and graduates with production and packaging, Dougherty says, especially with its bottling line.

“If the user doesn’t want to bottle their product [themselves], they would have someone who could do it for them,” he says.

“They have a real strength in hardware; we’re obviously stronger in software,” Ewing says. “It’s a good marriage.”

YBI works with about 200 companies in 21 counties in northeastern Ohio, including entrepreneurs who are part of its Women in Entrepreneurship program and are working with the regional office of the Minority Business Assistance Center, Ewing says.

Some 50 to 70 entrepreneurs are enrolled in the technology-based Entrepreneurial Signature Program, but not all operate on-site. Ewing is encouraging more companies to do so to take advantage of daily interaction with its staff and two entrepreneurs in residence.

“If we’re not interacting with you on a regular basis, some of the nuance is lost,” Ewing says.

As a tech-based incubator, the “holy grail of success,” as Ewing puts it, is for a company is an exit – either through acquisition or receiving an investment that allows it to move on to its own space.

To increase exit rates and make for stronger graduates, this year the YBI is rolling out a formalized review process to identify companies not meeting revenue and sustainability milestones and work with them.

“New products get launched every day,” she says. “So, a competitive landscape where you couldn’t even see your competitors 18 months ago, you may now find yourself in the middle of a landscape that suddenly has competitors, and maybe very large competitors … and your particular competitive advantage no longer is.”

Although YBI isn’t adopting a business accelerator model, which usually has limited incubation timelines, she says the program will still hold companies accountable to the resources they use.

“It creates a different type of pressure,” she says. “There’s always an implied benefit when there’s a sense of urgency.”

LindenPointe’s executive director, Ketaki Desai, has embraced the accelerator model for a new program that allows the incubator to serve existing companies as well as startups, she says.

The program, funded by the Ben Franklin Technology Partners at Penn State University in State College, Pa., is “a little more rigorous” she says, than traditional incubator programs. LindenPointe selects the companies and gives them 20 weeks to meet their goals.

“They don’t pay us anything,” Desai says. “We invite what we think are the best companies in the region and put them through the process. They are specifically selected so they can graduate in 20 weeks.”

Not all of the companies are startups. An Arizona-based financial services company looking to expand into the region is making use of LindenPointe’s resources to find and recruit interns. It’s easier and more cost-effective to set-up at LindenPointe to test the talent pool than make the move, she says.

Another tenant – a multi-million-dollar company from Greenville, Pa. – established a four-person team at LindenPointe to work independently of the parent company to test a new product, she says. The incubator is helping them to develop marketing strategies, identify target customers and pitch the product.

“Being an incubator, you have to figure out all the different ways you can be of help to anyone, from a startup to a medium-sized business,” Desai says. “We’re learning as we go.”