The 98-piece collection of kinetic art pieces, valued at $3.4 million, was given to The Butler by the David W. Bermant Foundation of Santa Barbara, Calif.

All of the pieces are untraditional, and were collected by the late David W. Bermant, a New York native who was a successful shopping center developer on the East and West coats. Bermant died in 2000 in Santa Barbara, where he lived part-time, at age 80.

A serious collector but not an artist, Bermant was known as a champion of kinetic art and the artists who created it.

Kinetic art incorporates light, sound and movement. Much of it is playful, and some of it offers a subtle social commentary. All of it is modern and has a strong element of technology.

The collection is still arriving at the Wick Avenue museum in large wooden shipping crates. Some of the pieces are seven feet high and weigh hundreds of pounds.

A couple will be permanently displayed on the lawn of The Butler.

The gifting of the collection to the Butler has been in the works for several years, according to Louis A. Zona, curator and director of The Butler.

The museum had a long relationship with the late Bermant. An exhibition of works from his collection was displayed at the Butler many years ago, and Bermant attended the opening reception. The Butler had also been gifted several pieces from Bermant’s collection in the past.

The Bermant collection will be displayed in the Butler’s Beecher Center wing, which is devoted to installations that blend art and technology. A gallery in the Beecher Center is named for Bermant.

“The fact that the collection is leaving the foundation shocked me but I’m glad they realized the long-term relationship we had [with Bermant],” Zona said.

One of Bermant’s sons visited the Butler a few years ago as part of the gift process.

“He spent the day looking at the building and talking to us, making sure that they were doing the right thing,” Zona said. “They are pleased that [The Butler] will be the permanent home of the collection.”

Bess Rochlitzer, president of the Bermant Foundation, expressed her satisfaction with the Butler in a prepared statement.

“The Bermant Foundation is delighted that The Butler  has graciously welcomed our collection to its new home in Youngstown, Ohio,” Rochlitzer said.

“When we first began exploring a new location for the collection, our goal was to keep David’s collection intact and displayed at an institute he would be proud to support and be part of. Because of the long history between David and Lou (Zona), who have collaborated on exhibitions since the late ’80s, I knew David would be pleased with this outcome.”

“In writing the history of 20th century art, you would have [to include] kinetic art,” Zona said. Duchamp and Paik, he continued, are considered among the greatest artists of their time, in any art genre.

The addition of the Bermant collection will “further enrich The Butler’s holdings of contemporary art,” Zona said.

The pieces in the collection are complex and large, and take time to unpack and set up. While some pieces will soon be on display, the full collection will not be ready to view until summer.

Visitors can expect intermittent closures of galleries and sections of The Butler’s Beecher Center during this ongoing installation process.

The works will be in galleries throughout Beecher Center, in the Bermant Gallery’s “Light and Sound” exhibit, and on the museum’s grounds, where they will be visible to passersby on Wick Avenue.

“I think it’s going to be enormously popular, especially among young people,” Zona said. “Young people will appreciate the dynamic nature of it.”

Zona said The Butler would consider collaborating with the Oh Wow! Roger & Gloria Jones Children’s Museum for Science and Technology on certain pieces and aspects of the collection. The Oh Wow center is currently closed due to the COVID-19 pandemic but plans to reopen in May.

Bermant was one of the most admired collectors of avant-garde art in the United States, especially among the artists.

“To many of the artists who make kinetic art, they saw Bermant as their champion,” Zona said. “[Bermant] believed in the work of kinetic artists, and not every connoisseur of art appreciated kinetic art.”

The kinetic art movement grew out of the technological advancements of the 1960s. “It was limited in popularity but over time, artists such as Duchamp and Paik came to be considered the greatest artists of the 20th century.”

The pieces in Bermant’s collection include works that employ virtual motion as well as actual motion. Many use electricity and must be plugged in to fully appreciate.

In 1947, he married Ruth Jesephson, and later divorced after 46 years. They had four children: Ann, Jeffrey, Wendy and Andrew.

Bermant then married Susan Hopmans and established homes in Santa Barbara, Calif., and the Santa Ynez Valley, where he created and maintained facilities to house his art collection.

Pictured at top: This work, titled “Rotorelief,” is by Marcel Duchamp, who was the pioneer of kinetic art, and is often referred to as the greatest artist of the 20th century. This piece uses a motor to rotate the circular section, creating an illusion of depth. 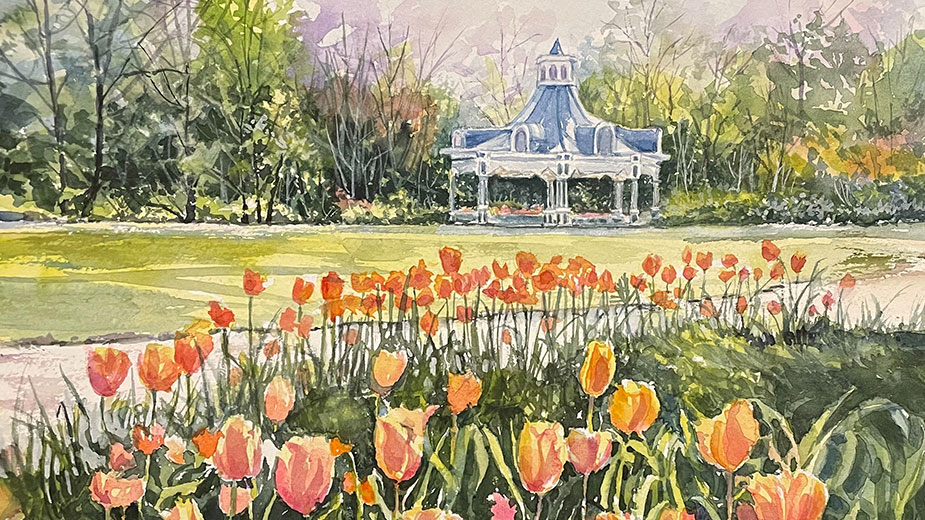 YOUNGSTOWN, Ohio – Mill Creek MetroParks presents “A Splash of Color,” an exhibition showcasing works by members of the  Mahoning Valley Watercolor Society. The free exhibit will open Jan. 16 at the Weller Gallery in the Davis Center at Fellows Riverside Gardens… 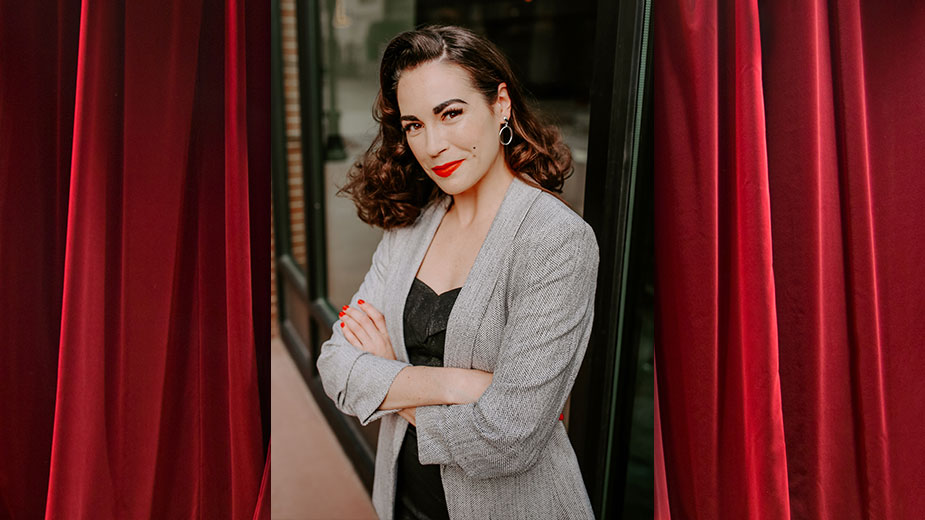 HOWLAND TOWNSHIP, Ohio – The Ohio Arts Council will present its 2021 Biennial Juried Exhibition at the Medici Museum of Art, 9350 E. Market St. An opening reception will take place at 5 p.m. Feb. 8. The exhibition will run… 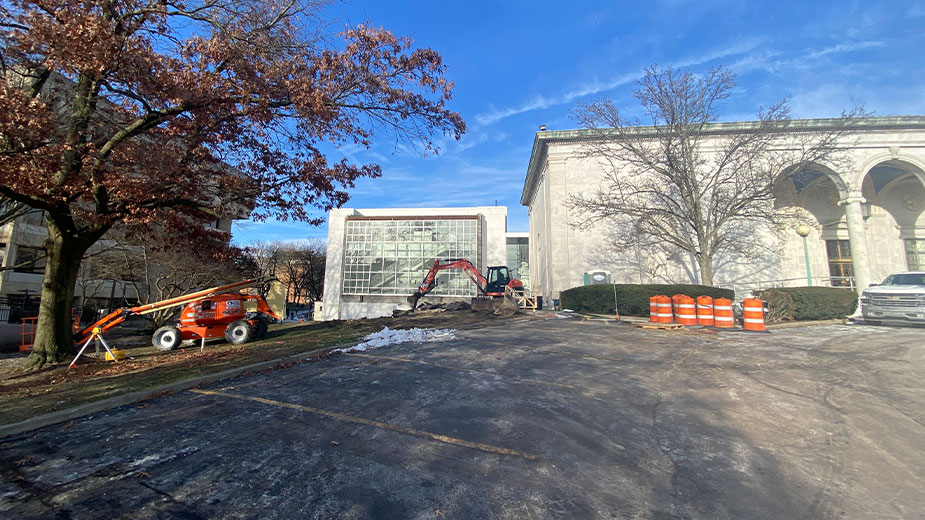 YOUNGSTOWN, Ohio – Site preparation is underway on a $2.17 million addition to The Butler Institute of American Art that will add much-needed storage and display space. The 30- by 46-foot addition will extend forward from the front of the…