DETROIT – As Cadillac is celebrating 120 years, the brand has revisited the long history behind the Lyriq.

With the 2023 Cadillac Lyriq now set to be released, the brand looked back to 1902, when Henry M. Leland invented the first Cadillac model.

“Early on, Cadillac earned a reputation for luxurious details and forward-thinking technologies,” said the brand. “Now, Cadillac is reinventing what personal transportation looks like with the 2023 all-electric Cadillac Lyriq, built on GM’s Ultium battery platform.”

Cadillac said the design for the new Lyriq EV is filled with history.

Harley Earl was one of the original designers on 1927, designing vehicle models from the 1930 through 1959.

Dan McDermott, EV SUV marketer, said both the Eldorado Brougham and 2023 Lyriq were clay sculpted – a process that was brought to the industry by Earl.

“The theme of Lyriq’s interior is the integration of art and technology,” he said. “From one element to the next, everything blends seamlessly.”

The Lyriq’s cockpit comes with a curve 33-inch diagonal advanced LED display, said McDermott. The display comes with a programmable instrument cluster and features such as interior lighting choices.

“The Lyriq has AKG studio sound built into the front head restraints as part of the Cadillac-exclusive AKG Studio 19 sound system,” he said.

Dauchy said the first Cadillac electric starter came in 1912 for the Model 30 vehicle by Charles F. Kettering. Prior to the invention, cars were run by heavy cranks that drivers would have to manually turn before use.

“Over the decades, Cadillac’s electrical systems became increasingly sophisticated,” the brand said. “Then in 2020, GM announced the Ultium platform in which the 2023 Lyriq is based.”

The Ultium platform allowed for Cadillac to put a lot of its old vehicle ideals into a “new electrical source,” said McDermott.

“The result is a vehicle that is sporty, responsive and built for spirited driving,” he said.

The Ultium platform has allowed for 340 horsepower with rear-wheel drive and EPA-estimated 312 miles on a full charge, said McDermott. All-wheel drive allows for an estimated 500 horsepower.

“Like the Lyriq today, the Model 30 was incredible for its time,” said Dauchy. “The Model 30 could cruise at 40 to 45 mph on a 40 horsepower, four-cylinder engine with a sliding gear transmission.”

Dauchy said this was a big deal at the time, as the typical pulling carriage would trot at about 10 mph.

Live vehicle tours of the all-electric 2023 Lyriq are available at https://www.cadillac.com/live. 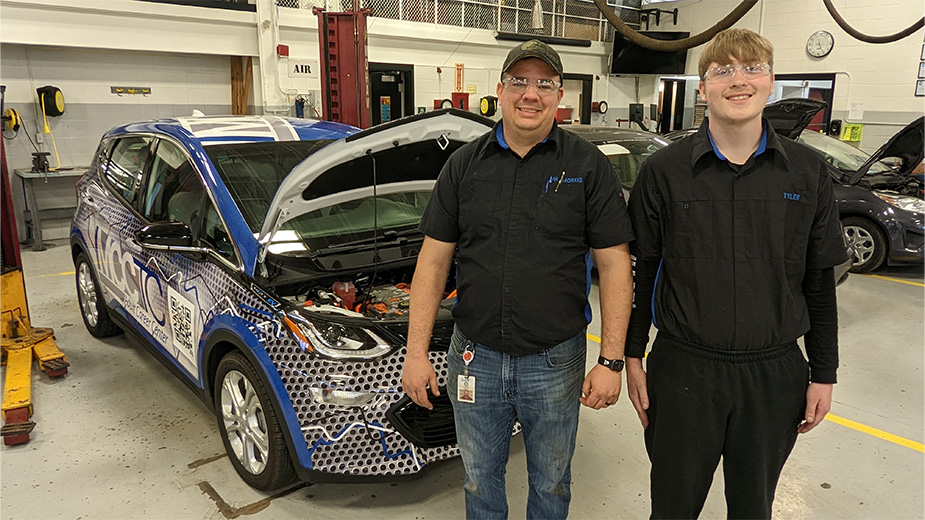