Canfield Perkins Going Back on the Market

CANFIELD, Ohio — Despite efforts to bring the former Perkins restaurant here back to life, the current owner of the building at 587 E. Main St. is putting it back on the market after a little more than a year.

Plans were in place to convert the building into a new restaurant called Brunchn’ It Up, says Tracy Symons, owner and sous chef, investing $150,000 to $200,000 for new kitchen equipment, interior upgrades and making sure everything was up to code. But about three months after closing on the building, the state ordered bars and restaurants closed because of COVID-19.

“We could not have predicted the pandemic at all,” Symons says.

Originally, Symons and executive chef Mark Novotny planned to start with a food trailer and work their way up to a restaurant. However, two weeks after they purchased their food trailer, the building came available.

They closed on the property, but the statewide shutdown prevented workers from being able to do any work on the building, Symons says. When the shutdown loosened up, workers had such a backlog of work that Symons couldn’t get them into the restaurant, she says. The building has remained vacant.

“We started gutting it and had all the plans for construction. And then COVID hit,” Symons says. “It was just one of those perfect storms.”

Initially, Symons and Novotny held out hope that the shutdown order would only be a week or two. But the longer the pandemic went on, they determined it was best to sell the building now, she says.

Additionally, they weren’t able to obtain their liquor license from the Department of Commerce, which was approved in March, she notes.

“Honestly, I think it’s the best move right now,” she says. “I feel horrible for anybody who is struggling at this time, especially in that industry.”

Symons looks to sell the food trailer as well, she says. She is thankful to Canfield administrators for being receptive to the restaurant and helping to change a law in the city so they could park the trailer on the parking lot. “Canfield was super receptive,” she says. 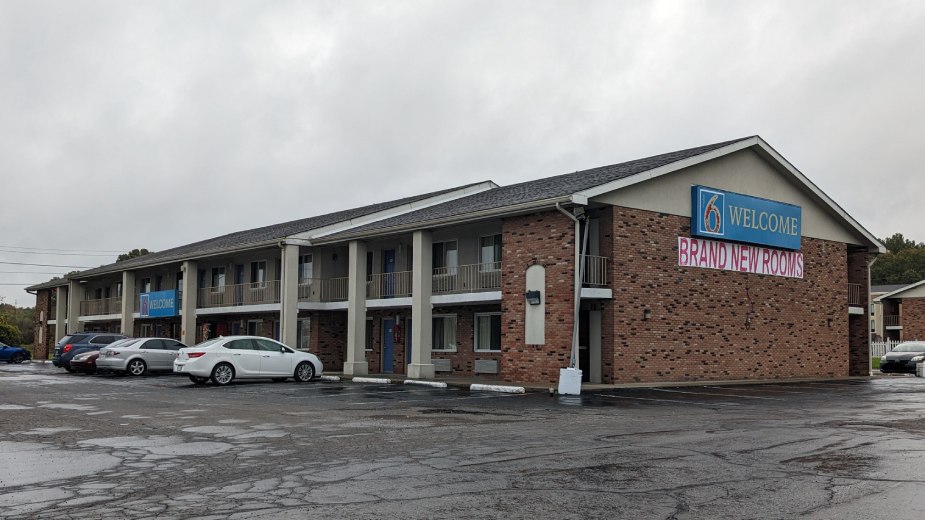 LIBERTY, Ohio — The Motel 6 building on Belmont Avenue off I-80 has sold for $3.1 million, according to records from the Trumbull County Auditor’s office. Reva Youngstown LLC purchased the building and 2.5 acres in Liberty Township from Xanex…