SHARON, Pa. – As students set foot back on Penn State Shenango’s campus to start the new school year, they may have noticed some changes.

The fall semester marks the beginning of the campus’ 53rd year.

“It’s great to see so many young faces on campus,” says Campus Director Jo Anne Carrick. “The atmosphere has really been changing in Sharon. Everyone’s excited.”

The changes will be especially noticeable for those enrolled in Penn State Shenango’s master’s of nursing program, which features a newly renovated lab complete with a Zoom video conferencing system that can be used by teachers at Penn State’s main campus in State College, Pa. Through a new outreach program with the College of Nursing there, satellite campuses can offer family nurse practitioner and geriatric adult practitioner programs.

“In order to provide that, there are courses that require a practice lab,” the Shenango campus director says. “It’s different than a TV system. There’s the feel that the teacher is in the classroom.”

The courses taught in the room also include an on-campus teacher, with the class led by the main-campus professor. In addition, the Zoom system enables campus leadership to connect virtually to the main campus for meetings, which will be particularly handy during harsh winters, Carrick says, as it alleviates travel concerns.

Primary Health Network also donated three exam carts for use in the new health assessment practice laboratory. The carts are the same as those used in the health-care system, which operates a clinic a few blocks from campus.

Among other changes, although not on the school’s downtown Sharon campus, Penn State Shenango recently named Georgia Macris as the coordinator of the VenturePointe incubator, housed at the [email protected] in Hermitage. The incubator provides Penn State Shenango students and graduates space to launch their businesses. Two companies now operate in the VenturePointe space: Purpose, a subscription box service for aging adults, and Guardians Nest, a services network for veterans.

“Georgia worked for a long time at Philadelphia Candies and spent years developing that business. She has experience in operating and growing a family-owned business,” Carrick says. “She was perfectly positioned to coordinate students and alumni in starting their own business.”

Macris has taught business classes at the Shenango campus since 2014 and will continue in that capacity as well, Carrick adds.

Since the spring semester ended, the campus has undergone renovation and beautification projects. In Sharon Hall, energy-efficient upgrades were installed, including the addition of LED fixtures and a new generator system to keep life support equipment and the school’s IT infrastructure operating in the event of power outages.

Meanwhile, the space between Sharon Hall and Lecture Hall has been renovated into a courtyard with new landscaping and a water feature with LED lighting. 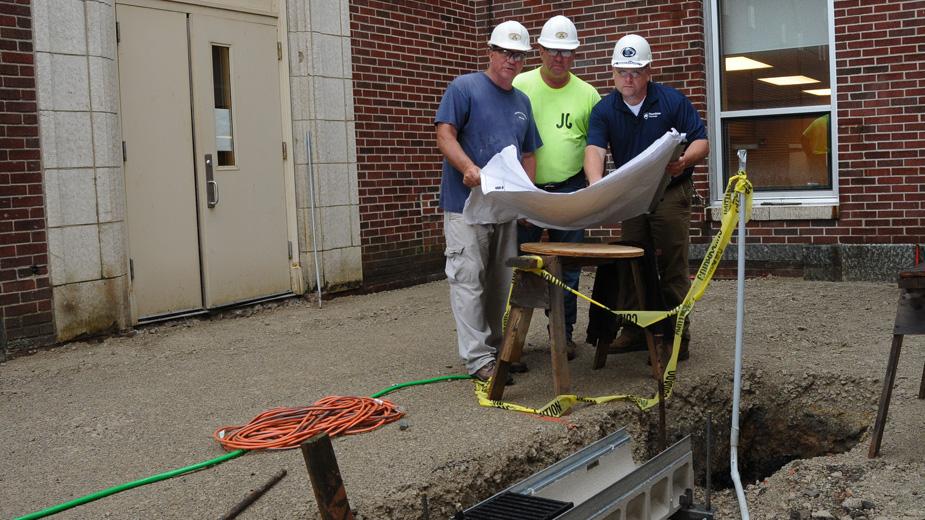 “Aesthetically, it will make the campus a more welcoming environment,” Carrick says. “It will have pavers, lighting, tables and space for students to take breaks between classes. … And it provides space for those who use our great hall and auditorium for events.”

Finally, Carrick says the school will be conducting a feasibility study on the potential renovations of science laboratories.

“We know what the needs now are, but what will we need in the future?” she says. “We’ve been cultivating this forward-looking viewpoint.”

YOUNGSTOWN, Ohio – Ursuline High School began the 2022-23 school year with an enrollment increase and now has 500 students. The largest high school in the Diocese of Youngstown, the school also increased its endowment fund and now boasts a…