Charter Flights Save What You Can’t Buy: Time

YOUNGSTOWN, Ohio – Imagine taking a trip to Nashville, Tennessee for the day.

You drive your car to the airport and through the gate to park it next to the airplane. You get onto your plane without going through security, and food and drinks of your choice are waiting for you inside. You’re in the air within 15 minutes.

For those who use charter planes, this is a reality.

“You save easily a quarter of the time traveling by private aircraft than by taking an airline,” says Rick Hale, chairman and CEO of Winner Aviation. “The level of convenience is very different.”

“There’s a lot of times if you’re trying to go to Tennessee, you have to go through Chicago to get there,” says Corey Head, president of Sky Quest. “We can fly you directly there, land at 9 a.m., and you can be done with your meeting by 1 p.m. and back home for dinner instead of spending the night. You can spend that time with your family or be back in your office being productive.”

Sky Quest is headquartered at Cleveland Hopkins International Airport, but has a satellite office at the Cuyahoga County Airport and does a couple of weekly trips out of the Cleveland Burke Lakefront Airport and the Youngstown-Warren Regional Airport in Vienna, Head says.

Winner Aviation is headquartered at the Youngstown-Warren Regional Airport.

Both have the ability to fly into more than 5,000 airports in the country, compared to commercial airlines that can only land at 500 airports, according to the National Business Aviation Association.

“We can get into smaller airports closer to one’s destination versus having to drive two hours from a commercial airport,” Hale says.

For Jerry Kirila, this is one of the reasons he has been using charter planes every other month for the last ten years.

Kirila, president of Kirila Fire in Brookfield, charters planes through Winner Aviation for his business trips.

“We can leave here at 6 a.m., go to Charlotte, have a meeting and be back by lunchtime,” Kirila says. “They can put you in a regional airport close to where we’re having meetings or where we need to be.”

Kirila has flown in both Winner Aviation’s Cessna CJ3 and CJ4 jets and its Beechcraft King Air B100 plane. 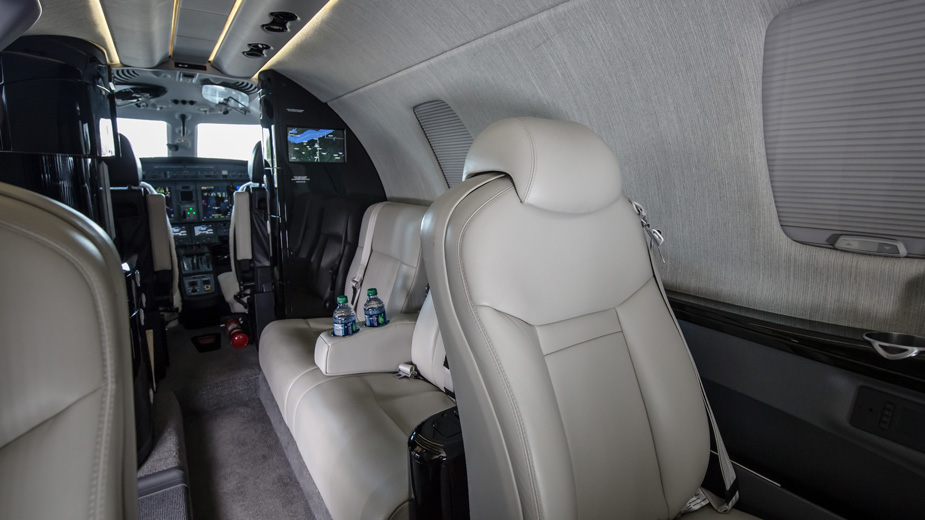 Kirila has also flown in planes that Winner Aviation has brokered from other charter companies for him.

“If I’m in Panama City, Florida, and need to get to some place in Kansas, they’re able to coordinate and broker aircraft in Panama City to get me to that location,” he says. “Their services don’t stop in Youngstown. They can help me with travel coordination wherever I’m at.”

If needed, Winner Aviation can handle accommodations for car service and hotel bookings for Kirila.

“They’re very professional and flexible, and when we need to get somewhere they have a rental car lined up for us,” he says.

Customers can schedule a same-day flight through Winner Aviation, Paxton says. “They can call me today for a trip today as long as we have aircraft and crew available. If we don’t have availability, then I’m brokering other aircraft.”

The cost to fly a charter plane through Winner is an all-inclusive hourly pricing with jets running around $3,000 an hour and the King Air B100 $1,900 an hour.

The most popular destination Paxton sees her customers traveling to for business is New York. For leisure travel, Florida, the Carolinas and trips to sporting events are most popular, she says.

At Sky Quest, Head says business is up about 20% from last year.

“Business and the economy are doing well overall. Businesses are looking at opportunities to expand even more and they’re looking to travel,” he says. “Charter makes it an available option with efficiency.”

80% of its flights out of Youngstown are for business travel, but overall Sky Quest sees an even split between families and business using its charter planes.

One of the benefits for using Sky Quest’s planes for business travel is that the plane itself can be used as a space to talk in private.

“You can talk on the airplane and can use the space for a meeting,” Head says. “You can lay out plans and talk about strategy before a meeting. You can’t do that on commercial airlines.”

Sky Quest has 15 private jets of all sizes on hand. With brokering, it can find hundreds more for the job.

Similar to Winner Aviation, Sky Quest has no annual fee so the expense is only for flight-time cost, which ranges from $3,000 to $7,500 an hour. Membership programs are available for those who fly more than twice a month, which can help drive down cost.

“Some fly twice a week and some fly twice a year,” Head says. “We have a little bit of something for everyone and that’s why our business is doing so well.”

At Gemco Aviation, President Michael Stanko, sees most of his customers use private aircraft for business travel at the Youngstown Elser Metro Airport in North Lima.

The airport has a 4,010-foot runway and is about 12 miles south of downtown Youngstown.

Stanko started Gemco Aviation at the airport in 1977 and purchased the airport in 1989. He offers hangar rentals that run between $190 and $225 monthly with a majority of renters from the region, he says.

Since 9/11, Stanko says he hasn’t seen the industry recover, especially with older people in aviation retiring and a shortage of younger people coming into the industry.

The majority of Stanko’s business is for aircraft maintenance services to private-aircraft owners.

“We pretty much do a lot of unique maintenance,” Stanko says. “We specialize in restoration of aircraft, structural repair; large sheet-metal type jobs that a lot of other facilities don’t have the capabilities to do.”

Gemco’s niche is maintenance on Beechcraft’s aircraft, everything from small, single engines through cabin-class business jets.

“Airplane owners are particular about the quality of work done on their aircraft,” Stanko says. “We have a good reputation.”

PITTSBURGH, Pa. – Astrobotic announced Wednesday that its Peregrine lunar lander has successfully completed its entire flight acceptance campaign and is ready to be shipped to Cape Canaveral, Fla., when it gets the green light from Astrobotic’s rocket provider, United…

YOUNGSTOWN, Ohio – The Western Reserve Transit Authority announced Tuesday that it would discontinue its Akron Express route effective March 11. The transit authority said it made the decision to cancel the route, known as Route #81, because of low…