YOUNGSTOWN, Ohio – This year could prove to pivotal for purveyors and manufacturers of premium cigars, who are hoping the U.S. Food and Drug Administration is simply blowing smoke.

“If it goes bad, it’s going to put a lot of people out of business, and it’s going to close almost every cigar store in the country,” warns Tony Bellatto, president of Havana House, which has stores in Niles, Boardman and Bath.

Bellatto’s concerns result from new regulations that were outlined by FDA Commissioner Scott Gottlieb in November.

In an official release, Gottlieb wrote, “Research shows that, compared to adults (25 or older) who smoke cigars, a higher proportion of youth who smoke cigars use flavored cigars.” Which is why the FDA has decided to regulate cigars, e-cigarettes and traditional cigarettes under the same umbrella, a move the cigar industry says will devastate business.

One regulation would require all tobacco products, including cigars, to comply with plain packaging laws, which Bellatto says would all but eliminate branding. The new rules would also require manufacturers to submit new products, or SKUs (shopkeeping units), to 5,000 hours of testing before they could be introduced, which Bellatto says would cripple an industry that relies on new products. 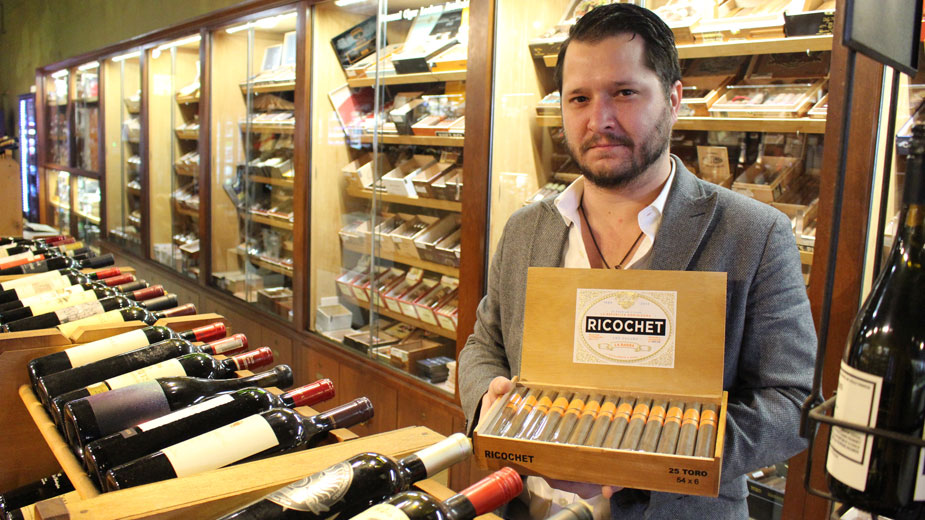 In 2012, Bellatto created the La Barba Cigar Co., which today employs 10 representatives and has products in 450 stores across the United States. The cigars are manufactured in the Dominican Republic and distributed from Miami.

“It could cost a cigar company $4 million or $5 million per SKU. I’m a small company and I have 12 SKUs. That’s $48 million. That’s crazy,” he says. “Manufacturers like myself will not be able to exist,” if these regulations take effect, he warns.

A study by Mangum Economics finds the regulations could eliminate more than 25,000 jobs and cause more than 500 cigar retailers to close. It also estimates 85% to 90% of domestic cigar manufacturers would be forced to shut down.

U.S. Sen. Marco Rubio, R-Fla., recently introduced legislation that would exempt premium cigars from the same regulations as other tobacco products, although it is yet to be taken up by the Senate.

All this is happening as the industry is trying to capitalize on a recent comeback. According to the U.S. Alcohol and Tobacco Tax and Trade Bureau, the cigar industry has grown 2.6% over the last five years, with revenues reaching $903 million.

Still, adapting to government regulations is nothing new to the industry. In November 2006, Ohio became the first state in the Midwest to enact a smoking ban. Until that time, a large part of the business of Penn-Ohio Cigar Co. was supplying restaurants and country clubs with small humidors filled with cigars.

“We had 20 country clubs around the state, if not more, and a couple of dozen restaurants,” says George Joseph Jr., who has owned the shop in downtown Sharon, Pa., 25 years. “The day they passed the no-smoking law, all those humidors came back.”

Before 2006, Cordy’s Cigar Box in Girard did a lot of business by hosting events such as tastings throughout the area.

“When they changed the smoking laws in Ohio, most of that business went away,” says owner Phillip Accordino.
Before the ban, Accordino says, Cordy’s had more than 400 wholesale customers. Today that number is around 30. 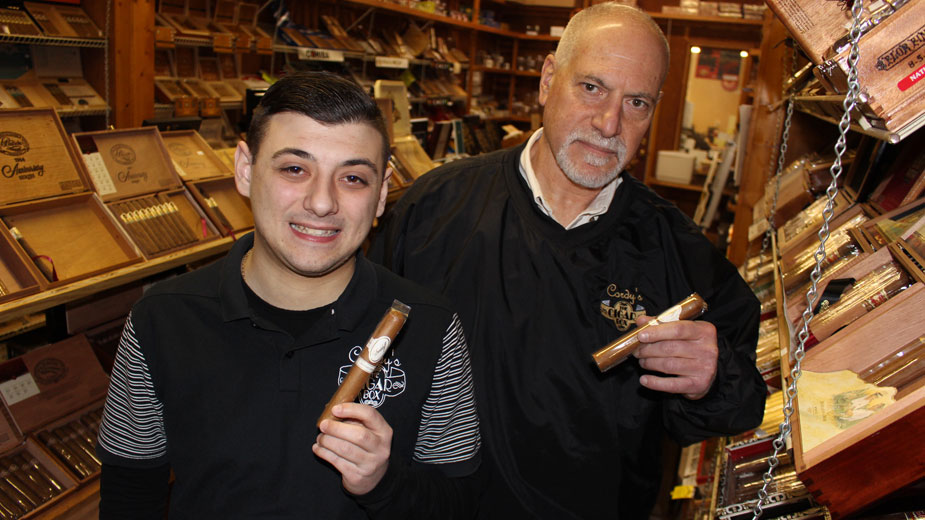 Changes to Ohio’s smoking laws over the years have forced Cordy’s Cigar Box in Girard to pivot to retail and away from wholesale, say event director Anthony Ledenko and owner Phillip Accordino.

Consequently, Cordy’s and other cigar retailers have pivoted from wholesale to retail, with an emphasis on creating an inviting atmosphere for customers to come and smoke.

“The whole business has morphed more into a in-house business,” Accordino says.

To bring in customers, Cordy’s built a lounge where it hosts events. Both Bellatto and Joseph also say a significant part of their business comes from customers who come in to enjoy a cigar.

“A lot of times you come here for the camaraderie,” Joseph says.

“It’s not like smoking cigarettes. You can’t just run outside and take a few tokes and walk back in,” says Accordino. “When you light a cigar, that’s half of the attraction is the ritual of the cutting, the lighting and the ambience of the setting.”

Another reason is the care and effort that goes into making a premium cigar. It takes four to five years and about 200 people to turn a tobacco seed into the final product. After the tobacco is planted and grown, it’s sorted by color, a process that takes between 50 to 60 people.

Another 50 workers then take the tobacco and stack it into large piles where it ferments from the center of the pile outward. It’s then separated by hand and rotated to ensure it ferments evenly. It takes three people just to roll the cigar: two to roll and one to supervise.

While most people wouldn’t say that hand-rolling thousands of cigars sounds easy, they may not realize just how tedious the process is. Depending on the type of smoke the manufacturer wants to impart, different rolling methods are used, Accordino says.

As an example, he points to Cuban cigars, which are rolled with the tip of the leaf closest to the mouth end of the cigar.

“The tip of the leaf is in the sun longer, so as the cigar gets shorter, it gets stronger,” he explains.

Others roll the cigars with the tip of the leaf on the opposite end. “As the cigar gets shorter the strength gets lower, so you have a pleasant smoke all the way through.”

Great care is also taken to make sure the cigar burns properly. Since darker tobacco burns hotter, it will cause the cigar to run if it’s placed on the outside of the roll. Thus, the tobacco has to be carefully placed on the inside.

The outside of the cigar, known as the wrapper, is made of extremely delicate tobacco leaves that cost upward of $50,000 a bundle. The most prized wrappers are grown in Connecticut, where the mild sun allows the leaves to grow very thin and without many veins.

The Connecticut Shade tobacco leaf wrappers are so prized that many manufacturers have begun growing the seeds in countries where the fill tobacco is grown. Because the sun is much stronger closer to the equator, the tobacco has to be grown under cheesecloth. 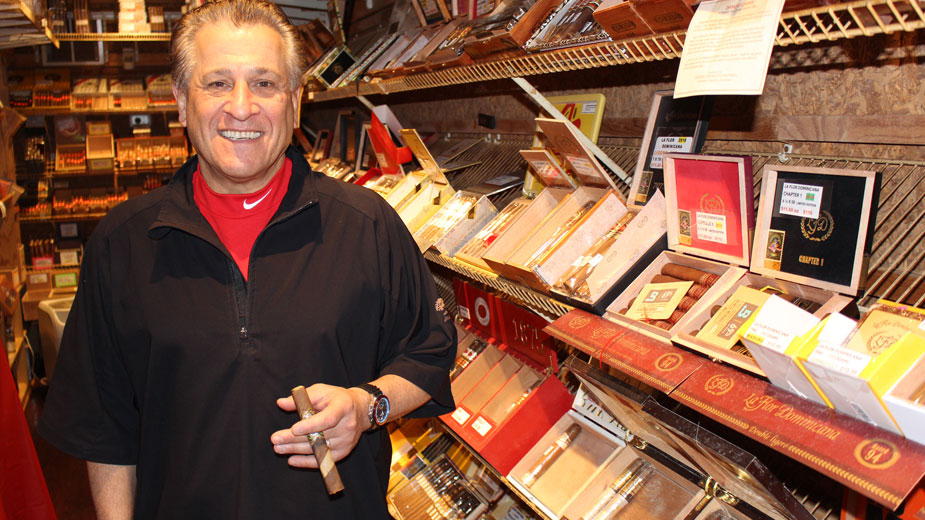 With all that in mind, it’s no wonder many first-timers are intimidated to pick out a cigar.

Joseph, the owner of Penn-Ohio Cigar, says he usually guides them to the light-colored variety.

“The lighter wrapper will usually produce a lighter, smoother, creamier flavor,” he says. “Guys that smoke a little more go to the spicy or go to the Maduro, which is a darker wrapper.”

And, like wine, you don’t have to break the bank to find something you like. Accordino, Bellatto and Joseph say good cigars can be found for between $6 and $12 each.

“And a cigar takes you two hours,” Bellatto says. “Where else can you stop, sit and enjoy yourself for two hours for $8?”