YOUNGSTOWN, Ohio – The city’s first medical marijuana dispensary is on track to begin operations by early next year, its director of business operations said Tuesday.

“Our plan is to begin distribution in January,” said Terrell Washington, director of business operations for Quest Wellness LLC, which is redeveloping a building on Market Street to house the new dispensary.

“We’ve visited with different companies and right now, they’re at the mercy of the testing laboratories getting up and operational,” he said. Once the medical marijuana is tested and approved, the product would be sent to dispensaries such as Quest for medical distribution.

However, the testing labs aren’t likely to be operational until mid-to-late December, Washington said, and there are few cultivation sites in Ohio that are ready to harvest their first products.

Washington appeared before the city’s Planning Commission and requested the board approve waiving an established regulated use clause that would prohibit the business from locating within 500 feet of another regulated use establishment, in this case, Candella’s Distillery at 4440 Market Street in Boardman.

The commission voted to recommend that City Council approve the waiver so that work can begin on the project.

“We are ready to go,” Washington said. The new dispensary, once a financial services office building, will employ roughly 20 but that could increase as demand increases, he said.

“We’ve received about 1,000 job applications since the second of this month,” he said. “There’s a great excitement across the state.”

Washington added that his company expects to invest roughly $750,000 in the project, which includes building renovations, and any license and permitting fees associated with the medical marijuana dispensary program.

Strollo Architects Inc. of Youngstown is serving as the architect on the project. The design consists of using a corrugated metal exterior along with a new canopy, said David Roose, an architect with Strollo. 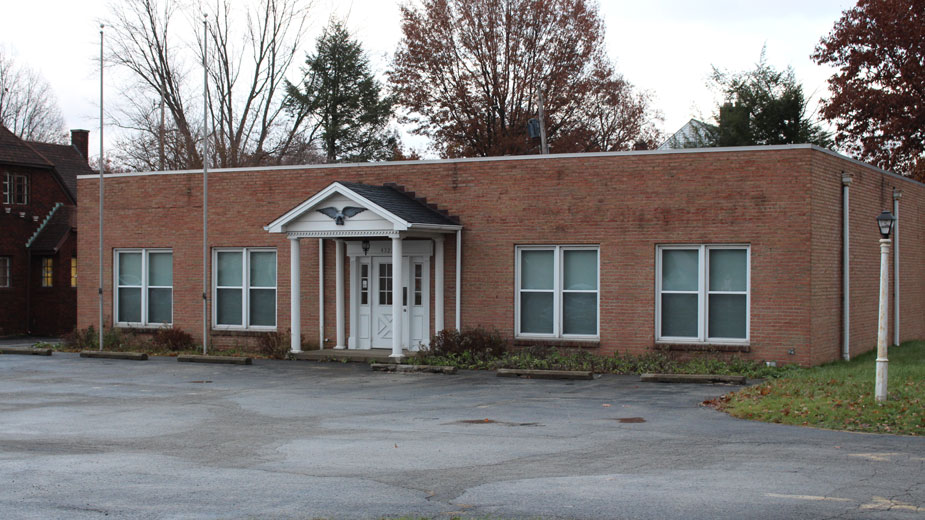 Quest Wellness will renovate this building to use as its dispensary.

“It used to be a two-tenant office building,” he said.

Washington assured the board that security at the dispensary will be in place around the clock, and access to the office is limited to registered patients. “There are armed guards, the vestibule is locked down and until your card is scanned, you won’t be able to get into the building,” he said.

The dispensary will also have limited hours, ranging Monday through Friday from 1 p.m. to 5 p.m. and Saturdays from 10 a.m. to 5 p.m.

The Planning Commission also recommended that a request to reclassify property zoning on Lynn Avenue from single family residential to mixed-use community be denied by City Council. The rezoned land would have accommodated new commercial development, potentially a Dollar General, at the site.

Pictured: A rendering of Quest Wellness’ dispensary at 4323 Market Street.