Here Comes the Groom to Plan the Wedding

YOUNGSTOWN, Ohio — The stereotype of wedding planning is fairly straightforward. The man proposes and then the bride-to-be gets to work planning the details of their wedding, the groom responding, “Yes, dear,” to her questions.

But the trope is increasingly falling by the wayside as men are more involved than ever with more options at their disposal.

“Ten years ago, grooms were in charge of finding the hall or booking a DJ. Now it’s almost to the point where no decision is made without the groom,” says Kristen Delvaux, owner of Delvaux Wedding & Event Planning in Youngstown. “And brides are really enjoying having them involved. The couples see it as ‘our day’ rather than ‘the bride’s day.’ ”

She’s had grooms who keep binders of notes on potential wedding venues and grooms who take over making centerpieces. And with that has come a sea change in the styles of the weddings Delvaux plans, although she is quick to add that correlation is not causation.

“A bride probably isn’t going to have the colors of the Phoenix Suns [purple and orange] as their wedding palette if not for the groom-to-be. It’s a little more casual with things like Converse sneakers for the groomsmen and under bridesmaid dresses,” she says. “I’ve seen a lot of grooms get really excited and really involved. But then there are still grooms who are on the other end who just want to be told when to show up.”

And as weddings have become more casual, so has the attire. In Grove City, Pa., Tom Burdick of Burdicks Men’s Clothing Store (pictured at top) has seen a shift away from the traditional tuxedos as grooms and groomsmen opt instead for suits. Rentals remain the most popular way to get a suit for a wedding, but in recent years he has seen more men buy suits so they have a usable outfit afterward.

“But that trend of buying suits might be slowing down because most people don’t wear suits as much anymore. If you have one suit, a lot of people are happy with that. They don’t want to keep buying suits for their buddies’ weddings,” Burdick says. “You can have only so many suits, unless your job requires you to wear a suit in this day and age.”

Black remains the No. 1 color for both suits and tuxedos, he adds, with gray following in popularity. But what’s really taken off is using ties to match groomsmen and bridesmaids’ outfits.

“Ties are a big thing. There’s even one here [in Grove City], Neck & Tie Co., that makes custom neckwear so everyone can match. The necktie is the most important accessory,” he says. “It’s a group effort between the bride and groom. They do it as a couple.”

Once everyone’s in place at the ceremony and it’s time for the couple to exchange their vows and present each other a ring, the choices are as varied as ever for men, says jeweler Tom Duma. Led by brands such as Lashbrook and David Yurman, rings made of cobalt, steel, tungsten, meteorite and zirconium have become very popular, says the owner of Thom Duma Fine Jewelers in Warren. 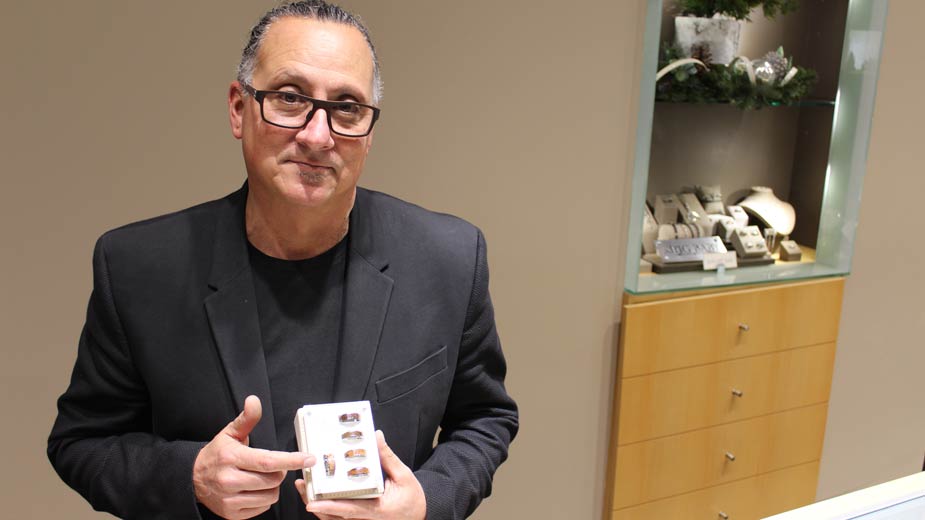 “They’re cheaper. … Plus, you can diversify with it,” he says. “The alternative metals are $300, $400. The meteorite is a bit more expensive because it’s a precious commodity.”

Beyond just inlays of wood, carbon fiber or meteorite, men can also get nearly anything engraved on or inside the ring. Among the stock offerings are baseball seams, Celtic knots and wedding dates, while options such as the bride’s handwritten “I love you” or heartbeat – symbolized as an EKG line – are also available.

Also gaining popularity are rings made of rubber, which have been popular among men who do a lot of work with their hands. Such rings range from $30 to $250.

“A lot of companies don’t allow you to wear rings for the simple fact that you could lose a finger. But with rubber, they’re allowing guys to wear that because the silicone breaks right off,” Duma says. “What we’re finding with our customers is that they’ll get a precious metal band for dress and then get an alternative metal or rubber band for work and play.”

After the reception ends, the excitement isn’t over for the groom. Gifts are still common and there are a few standbys for the grooms. Liquor and cigars are go-tos. Engraved lighters and cigar cutters are popular gifts, says Geno Bellatto, owner of Havana House. Prices for both lighters and cutters range from $30 to $300.

“If there’s enough time, we get them engraved, but a lot of people wait too long for that,” Bellatto says.

When it comes to liquor, A&C Southway owner Al Franceschelli says tastes have flipped toward bourbons, especially craft bourbons such as Tom’s Foolery out of Cleveland and Buffalo Trace.

“It’s almost always bourbon. It used to be vodkas and brandies, but not anymore,” he says. “They’ve taken over the market. I don’t think it’s a fad.” 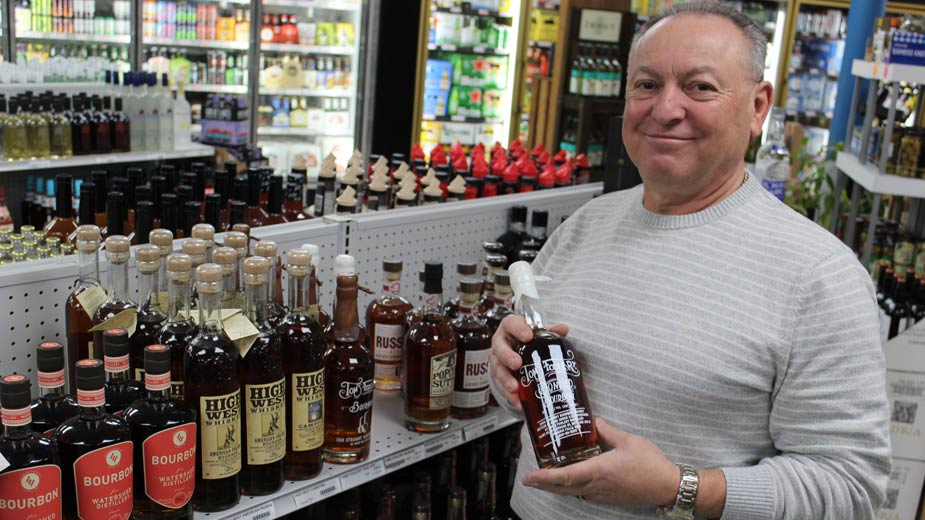 But the popularity of liquor as a groom’s wedding gift isn’t universal. Bill D’Amico, co-owner of Chalet Premier in North Lima, says he sells few bottles of bourbons or scotch as gifts. However, hard liquor has become the drink of choice at weddings, replacing beer.

“At one time it was almost half beer,” he says. “Now, the majority of people at a reception are drinking distilled spirits, starting with vodka, down to rum, then whiskey and bourbon, maybe but not as often gin and scotch.”

When liquor is given as a gift though, Franceschelli muses that it’s because it creates more than just the memory of getting the gift.

“They appreciate it, consume it and you’ll see them save the bottle. They’ll even get them engraved,” he says. “You used to give them a tie and cufflinks. My generation did at least. But not anymore.”