VIENNA, Ohio — Local entrepreneur Ryan Forbes has some advice for anyone thinking of starting their own business.

“I would tell people not to do it,” says Forbes with a laugh.

“It’s not all peaches and cream. People see your sales and think you’re making all that money,” when the truth, he says, is much different.

The events that led Forbes to start his own business began five years ago.

While working as an electrician, Forbes had an idea to build metal keychains that he would give to his family as Christmas presents. He had no formal experience working with metal, but he enjoyed the work and showed an eye for design.

The pieces were so popular, he and his wife Kerry – who initially thought the idea was “silly” – decided it might be a good idea to purchase a couple pieces of equipment to make the work go faster.

“I could do it a couple nights a week for fun,” Forbes recalls.

He started a Facebook group to sell his products and a month later he was in the shop in back of his house five nights a week.

Forbes’ business, Copper Shed Knife Works, sells every day carry items, such as bottle openers and keychains. Each piece is machined from a solid piece of copper or titanium, and then hand finished – and in some instances personalized – by Forbes.

“The thicker and heavier I make it the more they like it. They’re not practical,” he says.

But they are popular. Forbes says he’s able to create 20 to 30 pieces per week, which he then sells on the Copper Shed group Facebook page.

Every Sunday, group members get online for their chance to bid on the latest items. Once Forbes posts the items and their prices, members rush to be the first to type the word “in” with the item they want so they can buy it.

Most items range in price from $20 to a couple hundred dollars, while others are sold auction-style, with customers bidding against each other. Forbes says one of the first bottle openers he auctioned sold for $1,600.

Needless to say, Kerry doesn’t think the idea is silly any more, though she’s still a little surprised by how quickly it’s grown.

“We’ve sold out just about every Sunday,” she says.

Kerry works in medical billing, but says she spends “at least 40 hours a week” helping Ryan with Copper Shed Knife Works, which she hopes to soon do full-time. She handles all of the shipping and billing for the business, and she’s had to learn as the business has grown.

“I keep a lot of spread sheets now. Before it was just a few customers here and there,” she says.

Today, the customers are everywhere.

“We’ve shipped to Singapore, Japan, Sweden. We ship all over the world,” she says, estimating they spent $15,000 just on shipping costs last year.

Another big expense is the cost to machine the raw materials, which Forbes is forced to outsource in order to keep up with demand.

“We try to stay local, and that’s an issue too, because if they get a big contract then they don’t have time for us anymore,” says Kerry.

Ryan says he pays anywhere from $3,000 to $4,000 a month having pieces machined, and that it’s often as long as four months before he receives his orders.

To solve the issue the couple purchased a new CNC machine for $30,000.

“It’s a huge investment,” says Kerry. “We need to run a forklift just to put it together. So we have a friend who is a machinist and he’s going to help us with that and teach us how to operate it.”

The CNC machine will be the most modern and expensive piece of equipment in Forbes’ shop by far. The small rectangular space has little room for growth, as it’s full of band saws, belt grinders and drill presses. Forbes also has equipment to do acid etching and electro anodizing, which allows him to change the colors of the metals.

With the new CNC machine, Ryan says he looks to cut out the middleman with his products, and also perform work for other makers like him.

“When I first made those key chains for family I had a hacksaw and a vice,” he says, reflecting on a time when the business was simpler.

While his passion for the work hasn’t diminished, he says it’s taken him a while to fully appreciate how challenging it is to own your own business. He recalls the excitement he felt when he began making extra money selling his products.

“I can buy a pair of shoes or go to the movies,” he says. “Now you’re thinking about all the sandpaper you used, the belt you broke, the bit you broke. All those expenses start adding up every month.”

“If you’re working at your own business, you’re going to work twice as hard as your day job, and probably for the same pay, but you’re doing it for a goal,” he continues.

And it’s that goal that he hopes will one day make it all worth it.

Electric Vehicle Startup Rivian Gets $2.5B in Added Funding

HOWLAND, Ohio – Kurt Bush owned a Dairy Queen in Cortland for 27 years, but he wanted to start his […] 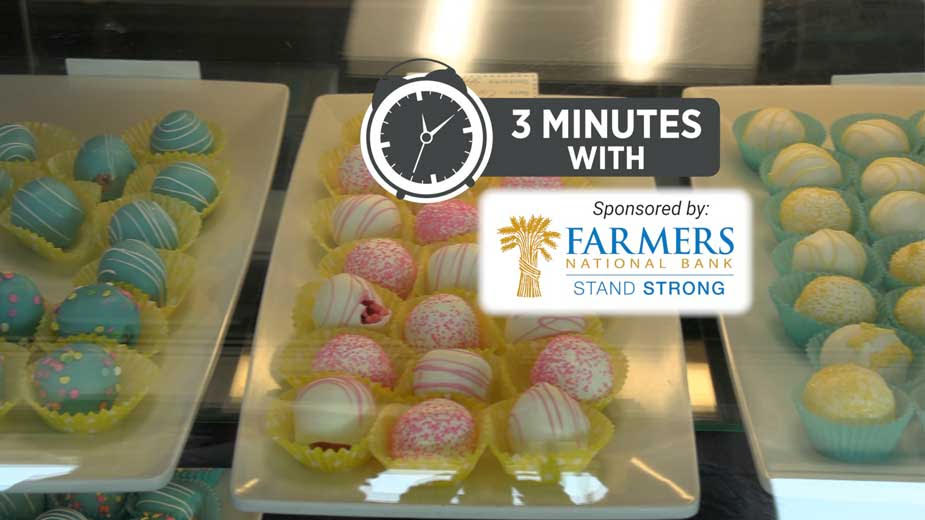 HERMITAGE, Pa. – As franchisees of two food chains, Ron and Lori Taylor always wanted to own their own business. […]