BOARDMAN, Ohio — If a Democrat can come as close to winning Ohio’s solidly Republican 12th congressional district as Danny O’Connor did Tuesday night, there’s no reason, under the right conditions with the right candidate, that the GOP can’t get as close, or even win, in the traditionally Democratic 13th district, Mark Munroe said.

Munroe, chairman of the Mahoning County Republican Party, is confident he has the right candidate in Christopher DePizzo, who is challenging incumbent U.S. Rep. Tim Ryan, D, for the seat.

DePizzo, a corporate attorney who practiced for six years in Cleveland and New York City, returned to northeastern Ohio last year after he got married. “We wanted to raise a family and we didn’t think we wanted to do that in New York City,” he said.

After they settled in Cuyahoga Falls, DePizzo called the Mahoning County GOP offices to see if any Republican was running in the 13th. Upon learning the GOP didn’t have a candidate in the race and after consulting with his wife, he decided to enter the race. Last November, he formally announced his bid for the district, which includes all or portions of Mahoning, Trumbull, Portage, Stark and Summit counties. 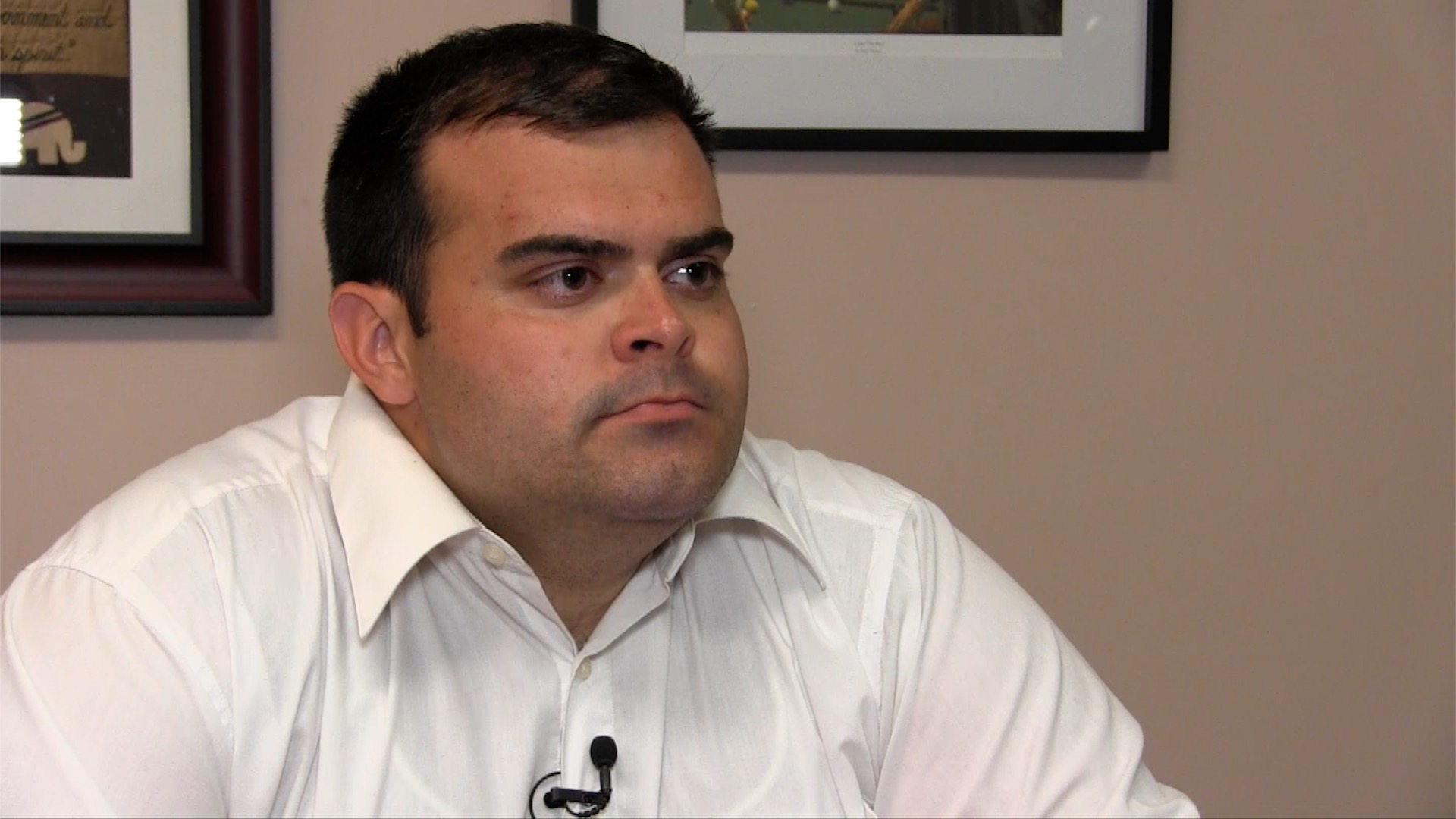 At the top of the issues DePizzo said he wants to tackle are jobs and the economy. “While the rest of America has been booming over the last eight years, there’s been nothing more than stagnation here,” he said.

He also said there is a “serious disconnect” between leadership at the local level and Washington.

“In Congress, you really have two powers: the soft power you have, which is to meet with local leaders, and the hard power to draft legislation,” he said. Rather than exercising the soft power to spearhead local initiatives, Ryan sits “in the passenger seat,” he said.

Other initiatives DePizzo said he would make top priority include addressing the opioid/addiction crisis and criminal justice reform, which are “part and parcel with each other,” and government accountability and transparency.

DePizzo said he has discussed right-to-work legislation with representatives of organized labor. He told them that his job is to sell them and the area to companies, and it is their job to convince those companies why it makes more sense to locate here than to go somewhere with right-to-work laws in effect.

“I don’t believe that it’s the job of the federal government to dictate that,” he said.

Munroe listed several reasons why the time is right for someone like DePizzo, who he described as “an outstanding candidate” and “enormously talented.” His decision to take a year off from practicing law to campaign full time shows his degree of commitment to the race.

He also pointed to this region’s willingness to break from its tradition of supporting Democratic candidates. During the 2016 presidential election, Trump won in Trumbull County and “came damn close to carrying Mahoning County,” Munroe recalled.

Lastly, there is the kind of congressman Ryan has become, he continued. He is “not the same guy” who ran for Congress in 2002, based on his changed positions on the Second Amendment, immigration, abortion and fracking. Additionally, he didn’t vote to support “the very popular tax cuts,” he said.

“He’s gone through a metamorphosis,” the GOP official remarked. “I think you have to say he’s clearly out of step with Valley voters.”

Ryan, who hasn’t run in a competitive election since his first, in 2002, is “uniquely vulnerable,” DePizzo maintained.

“There’s never been a Tim Ryan attack ad on TV. Most of the negative things that have happened in his career are kept silent and in the back corner,” he continued. “I don’t know if there’s ever been a greater difference between the prosperity going on in the rest of America and my hometown being left behind.”

He also accused the incumbent of “mailing it in,” and pointed out he is rarely in the district on weekends. The congressman, around whom speculation about a 2020 presidential campaign has swirled, often travels to key political states – Iowa, New Hampshire and South Carolina.

“It’s sad for the district because we have so many problems here at home that he hasn’t taken care of or hasn’t addressed,” he said.

A representative of the Ryan re-election campaign declined to comment for this story.

Meeting with people at last year’s Canfield Fair, DePizzo said several locally elected Democrats – whom he declined to identify – encouraged him to run. “They said that Tim wasn’t responsive, that they were frustrated,” he said.

Both the congressional candidate nominee and the local party leader point optimistically to results from a poll commissioned by the campaign of 581 likely voters in the district. According to a news release issued Tuesday morning, the poll, conducted by Clout Research in Columbus, only 51% of voters and just 60% who identified as members of the Democratic party have a favorable view of Ryan.

The campaign did not release the poll questions or the supporting data.

David Betras, chairman of the Mahoning County Democratic Party, dismissed the poll as “laughable on its face” and said the firm that conducted has a bias toward Republicans. He also said the poll numbers lacked any validation.

“It’s laughable when it says Ryan only shows a 60% approval rating among Democrats,” he continued. In this spring’s Democratic primary facing two opponents, Ryan won with more than 87% of the vote.

In 2016, Ryan carried the district with 67% of the vote, outperforming his party’s presidential nominee, Hillary Clinton.

DePizzo countered that in 2008, the late Charlie Wilson won 67% of the vote in the 6th congressional district and lost by five points two years later. “So past performance is not always indicative,” he said.

The difference is that Wilson’s 2010 loss came as part of a Republican wave election that dealt Democrats losses in both national and state races. In contrast, it is the GOP that faces a daunting political environment this cycle.

“There is going to be a blue wave in November,” the Democrats’ Betras predicted. Ohio’s 12th district is a “gerrymandered Republican district,” and the election isn’t over yet, he pointed out.

More than 8,000 absentee ballots from overseas and provisional ballots are yet to be counted. The seat has been held by Republicans since 1992, he said. “Just the fact that a Democrat almost won is huge,” he remarked.

Historically, the party that holds the White House typically loses seats in midterm elections. In addition, President Trump’s favorability numbers are low outside the GOP core, and Democrats are energized this cycle, as evidenced by results in special elections such as the race in Ohio’s 12th.

Because of those factors, many pundits say Democrats may retake the U.S. House of Representatives, and a Democrat-led house would potentially put Ryan, who serves on the House Appropriations Committee, in a better position to assist the district.

“Presumably, you would have thought that Democrats in the leadership before when Barack Obama was president would have given us some sort of benefits,” DePizzo countered.

DePizzo has focused on retail politicking and door-to-door initiatives to engage with prospective voters.

Voters, when they are considering a change like switching the congressional seat from representation by a Democrat,  want to know that you’re “a real person with real ideas, that you care about them,” he said.