COLUMBUS, Ohio — Mike DeWine was officially sworn in as the state’s governor during a brief midnight ceremony at his farm in Cedarville.

He was given the oath of office by his son, Ohio Supreme Court Justice R. Patrick DeWine, while long-time friend Thomas M. Rose, senior judge of the United States District Court for the Southern District of Ohio, presided over the ceremony.

Gov. DeWine took the oath with his hand atop nine family Bibles, held by First Lady Fran DeWine, during the ceremony.

Immediately after the ceremony, the governor issued six executive orders. They are:

Lt. Gov. Jon Husted also took the oath of office, surrounded by family at the Riverside United Methodist Church in suburban Columbus where his family attends. His wife, Tina, held a family Bible as the oath was administered by the state Sen. Stephanie Kunze, R-Hilliard. The group of approximately 70 people included his parents, Jim and Judy Husted, as well as the couple’s three children, Alex, Katie, and Kylie. 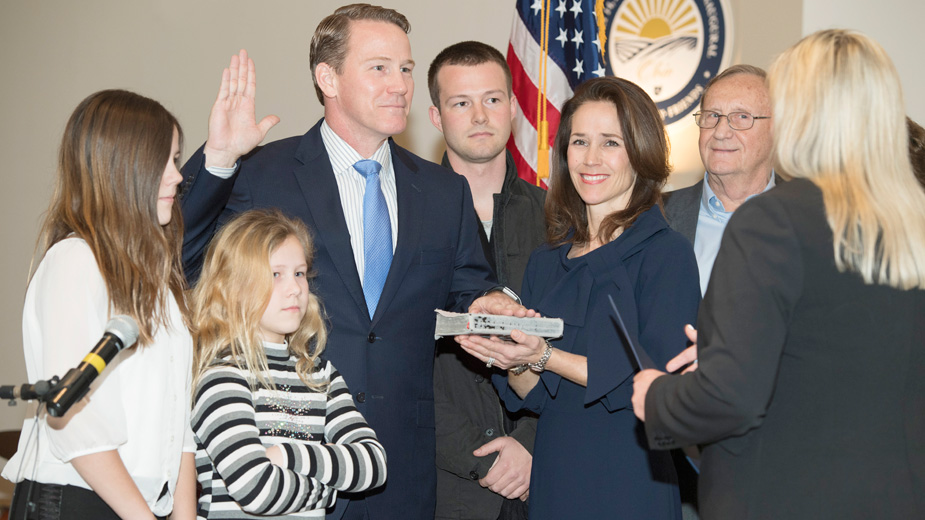