DoubleTree by Hilton Looks to Open in March

YOUNGSTOWN, Ohio – The DoubleTree by Hilton hotel downtown looks to open next March.

Construction work to convert the Stambaugh Building into a hotel should be complete by Dec. 1, Anissa Neider, an architect with MS Consultants, said yesterday during a meeting of the city’s Design Review Committee.

“We’re moving along in a very fast way,” she said.

NYO Property Group announced plans in November 2014 to spend $32.1 million to convert the downtown building into a DoubleTree hotel.

About 60% of the building is completed, and representatives of Hilton plan to do a walkthrough of the property in October, Neider reported. Although the building itself should be complete in December, the hotel likely will open closer to March because of hiring and training employees, she said. Also, the winter months typically are slow periods for the hospitality industry.

“It’s easier to bring them in after construction so that they start training on all the equipment,” she said.

“There’s training periods and hiring staff and bringing them in. It’s easier to bring them in after construction so that they start training on all the equipment,” she said, “and that’s usually a 60-day training period.”

“They felt it was an obstruction to pedestrians,” Neider said, “so we pushed it back into the landscape bed.” The trapezoidal sign is eight feet wide, nine feet high at the higher tip and seven feet high at the lower tip.

Sheridan, owner of Braking Point Recovery Center, plans to open The Cove, a new restaurant/bar in the first floor of the Wick Tower downtown. The committee approved Kaglic’s request to reopen areas covered by brick on the western side of the building that face North Phelps Street. One window and four storefronts with doors would match the front of the building.

Sheridan wants the storefronts in place should the city close North Phelps. That way he could fence in the space outside the storefronts, Kaglic said. The work would meet with historic preservation requirements, she said.

The dining area of the proposed restaurant is about 2,000 square feet, she said.

Chuck Stasho, deputy director of public works, said closing North Phelps has been discussed only informally and not yet to put before the city Planning Commission or City Council. “Right now it’s just an idea,” he said.

Vehicular access would be allowed as needed, he pointed out.

“We’re not going to remove the curb and make a patio out there or anything,” Stasho said. “That’s not going to happen. We’re still going to need to get a fire truck [or other emergency vehicle] down there if we have to.”

Kaglic also informed the committee that the proposal to open up the brickwork on the side of the building is part of the original plan submitted by NYO Property Group, which redeveloped the building.

In other business, the committee approved Kaglic’s request on behalf of the Catholic Diocese of Youngstown to replace exterior stones at St. Columba Cathedral and remove concrete to allow installation of pavers and ramps that comply with the Americans with Disabilities Act.

The panel also approved new signage for the McDonald’s restaurant on lower Fifth Avenue and the administration building of Eastern Gateway Community College. 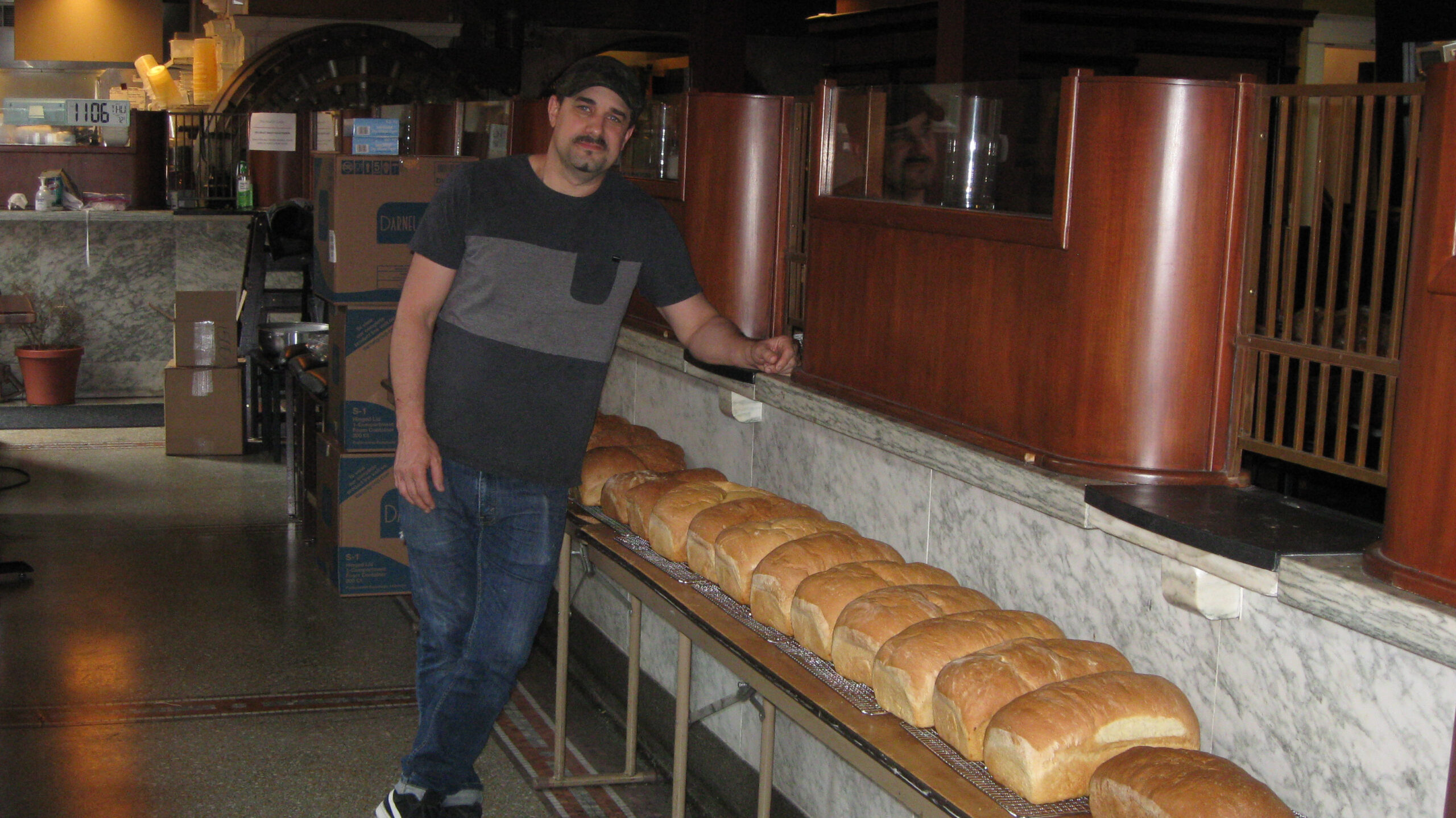