WARREN, Ohio – Both of Tom Duma’s parents owned businesses in downtown Warren, his father Klivan’s Jewelry, his mother Helen’s Bridal. So when he decided to open Thom Duma Fine Jewelers after the dissolution of Klivan’s, downtown was the obvious choice.

Now Duma is preparing to expand his shop on Courthouse Square by knocking down a wall on the east side of the space. That will allow him access to 500 more square feet that became available – enough space to house a boutique for the Rolex and David Yurman brands.

“It’s like we were destined to stay here in downtown Warren,” Duma says. “We’ve been here all of our life. So we’re going to ride out the next 25 years or so with our expanded showroom.”

Duma and other longtime business owners are benefiting from an array of entrepreneurs and developers who are coming to Warren’s central business district.

Several of the incoming operations will occupy properties that Mark Marvin’s Downtown Development Group is developing. Others recognize the opportunity that a resurgent downtown Warren brings.

Downtown Development Group, which now owns several downtown buildings, completed its renovation of the Mahoning Building last year. Almost all the commercial space in the Mahoning is leased – all but a small office that Marvin’s company is using – and three of the five condominium units are sold, he reports. 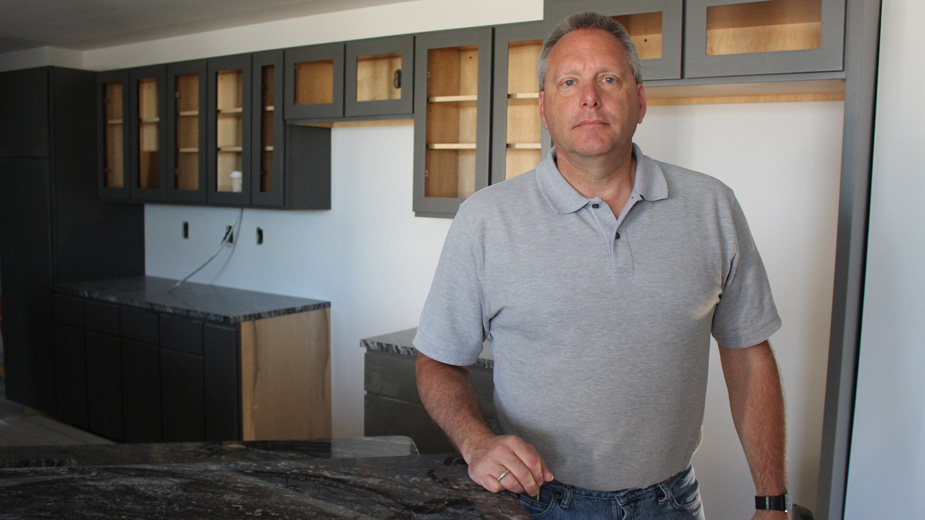 Pictured: Mark Marvin’s investments in downtown Warren are leading the way for others to follow.

Meanwhile, Marvin’s Atrium Building is fully occupied. Tenants include a barbershop, Downtown Grooming Lounge, that opened at the beginning of the year. At other properties he owns on Courthouse Square, Nova Coffee Co. recently marked its first year and another entrepreneur opened Paints & Pints Art Studio next door. The Copper Keg Irish Pub plans to open in June. And Marvin is developing more condos in his downtown properties.

Downtown Development Group’s projects include the two-year, multi-million-dollar renovation of the long-vacant Robins Theatre, which the downtown community expects will further revitalization efforts there.

“The compelling reason for us to make this investment was the energy that we saw going on downtown,” says Steve Lewis, president of Midwest Ventures.

“To a large extent, that starts with Mark. His enthusiasm is compelling,” Lewis says. “If you look down the road, it’s definitely going to make a difference.”

Midwest Ventures started actively marketing the building last month – Huntington held the master lease until March 1 – but has leased one suite and held a small number of showings.

Chris Economos, co-owner of the Saratoga Restaurant and Catering, has witnessed past upswings and downturns, but this time, she believes, the foundation of the downtown’s revival is more solid, in large part because of Marvin’s projects. “He’s doing it the right way,” she says.

The Saratoga, just off Courthouse Square, has been in business more than a century and Economos has been involved with the family-operated business some four decades. She wants to see more business downtown, including other restaurants. “More restaurants mean more people,” she says. “You don’t want to go to the same place every day.”

Like Economos, Tony Schofer, owner of the Speakeasy Lounge, welcomes other restaurants to Courthouse Square. He sees the need for more downtown venues to accommodate patrons at the Robins Theatre once it reopens.

Schofer and his wife opened the Speakeasy a year and a half ago, he reports, and business has improved steadily since.

“It’s met all of our expectations and then some,” he says. “It’s a great environment to be in.” 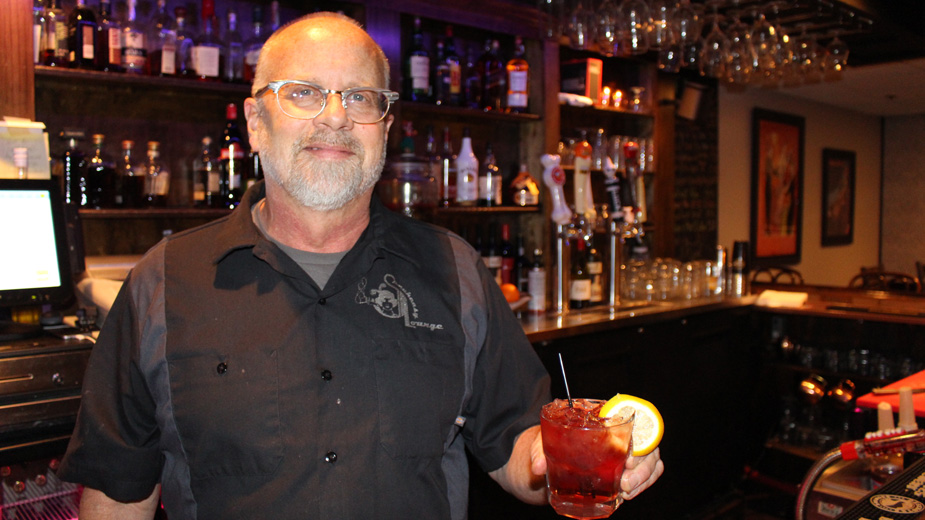 The increase in downtown’s residential population, the new food and drink choices and “just the general buzz that people are ready to come back to a more downtown, urban-type setting” are among the factors Schofer cites for increased business.

After her pottery class at Trumbull Art Gallery, Sheri DeHaven of Howland likes to stop at the Speakeasy for lunch. Every day she comes downtown for her class she makes a point to eat in one of the restaurants.

Downtown Warren is “definitely coming back,” she says.

Paul Clouser, president and owner of National Fire & Water Repair, joined downtown Warren’s residential community in early 2012. He and his wife bought their building at the end of 2009 and renovated it, the upper level for their home and the lower as a showroom for the business.

“Dad was always very community oriented and committed to the idea you have to give back to your community,” says Clouser, a longtime Warren resident. That, coupled with his desire to reside in a city, inspired him and his wife to buy the building on Courthouse Square.

“From a residential standpoint, it exceeded all of our expectations,” he says.

The couple moved into downtown at the beginning of the most recent upswing, one Clouser credits in part to business owners such as Greg Bartholomew, owner of All American Cards and Comics. Bartholomew, who also lives downtown, has had his shop on Courthouse Square more than 20 years.

“Right after we did our deal, a lot of other things started happening as well,” Clouser says. “It’s been one large, constant upswing from the day we purchased this building. … We are ecstatic with how things went and where they’re headed.”

Mark Wolanzyk, president of MR PC Inc. and Tri County Cleaning Crew, moved both businesses to Courthouse Square about a year ago, after graduating from the U.S. Small Business Administration’s Emerging Leaders Program in fall 2016.

“It was a prime space for us,” Wolanzyk says. 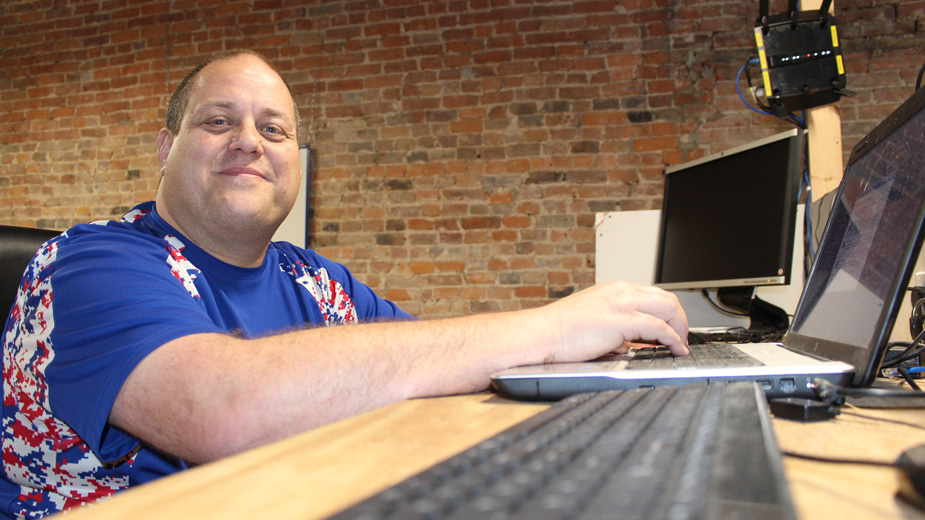 Pictured: Mark Wolanzyk moved his two businesses to Courthouse Square about a year ago.

The Courthouse Square office provides a central location for the residential and commercial cleaning company’s employees to pickup their supplies, and many of the clients the information technology company serves are in the area.

The activity downtown is bringing customers for both his businesses, he adds.

Warren Now! is a community initiative is to change the narrative for the entire city and help people realize things are happening there. But there is a “concentrated effort downtown,” says Melissa Holmes, program manager for Warren Redevelopment and Planning Corp., one of the partners involved.

“The theory is revitalize that strong core and it sort of trickles out,” Holmes says.

During discussions about downtown revitalization in the 1980s, advocates speculated on what might happen with a single developer such as at Westlake’s Crocker Park or other lifestyle centers to conceive and execute a vision, Duma recalls.

“We’re just blessed that Mark Marvin came to town, has seen the value and is making the investment in Warren,” he continues.

Marvin’s efforts are a big shot of adrenaline into the existing businesses that are here, as well as giving those young entrepreneurs, the millennials, a vision and a dream to be able to go after.”

At press time, Marvin anticipated closing the deal for a restaurant and winery in the former Scope senior citizen center. “Optimistically, we’d like to have it in by late fall of 2018,” he says. “We do feel like it can be done.”

Marvin is in talks with a grocery store chain interested in property on the peninsula at the edge of downtown.

He is encouraged by the activity taking place downtown, both in the buildings he operates, as with Nova Coffee and Paints & Pints, and others, including the recently opened Modern Methods Brewing Co. in David Grohl Alley.

“It brings foot traffic downtown, and we’re glad to see that,” he says.

Although Clouser is pleased with how Warren has responded – the city played a role in his project, for example – he says he would like city officials to take a more active approach to development and not wait for the phone to ring. “We need them to start making the phone calls,” he says.

While more work must be done to address parking, Marvin says he is pleased overall with the direction the downtown has taken.

“There are still a few things left to do out toward the peninsula way, bad areas there that need cleaned up,” he says.

Warren Nows!’s Holmes sees a collaborative spirit among the downtown business owners absent previously, with anchor institutions more wiling to support the younger entrepreneurs. That “rising tide lifts all boats” philosophy is what will make revitalization efforts successful, she says.

“There is very much a community vibe,” she says, “and that’s important to growth.”

Pictured at top: Tom Duma’s jewelry business, a mainstay of downtown Warren for decades, is preparing to expand.

By Gary P. HicksonHermitage City Manager HERMITAGE, Pa. – The 2023 operating and capital budgets for Hermitage, Pa., were approved by the city’s board of commissioners Dec. 14 with no increase in real estate or earned income tax rates for…