YOUNGSTOWN, Ohio – When Gov. Mike DeWine, Lt. Gov. Jon Husted and the rest of the contingent representing the state of Ohio meet with General Motors executives this morning, there’s likely going to be one word that takes precedence: “partnership.”

DeWine spoke with reporters at the North American International Auto Show in Detroit Wednesday afternoon about what he plans to tell GM CEO Mary Barra when they discuss the future of the Lordstown Complex.

“I want her to understand that we want to be partners with General Motors in regard to Lordstown,” he said.

“We certainly would like to have a new line put in there by General Motors. If that’s not possible, obviously we want to move forward and work with them in regard to some other company coming in but that’s not our preference, not where we’re starting,” the governor said.

James Dignan, president and CEO of the Youngstown/Warren Regional Chamber, and others participating in the Drive It Home campaign, including Lordstown Mayor Arno Hill and UAW Local 1112 President Dave Green also were at the Detroit auto show Wednesday as a show of support for DeWine and the Lordstown plant.

“We want to know what GM needs to raise the level of investment in the Lordstown plant [for it to] make the cut,” said Dignan, of the governor’s message. “They know our local community, our region, the state of Ohio are all behind Lordstown.”

Added Hill, “When GM decides what they need, they know that we’re going to be at their door saying, ‘Here’s what we can do to help.’ Once we get to that part of the game, we can try to deliver something.”

Sales for GM are dominated by trucks, SUVs and crossovers – Dignan estimated that those three segments make up three-quarters of the automaker’s revenue – and retooling the Lordstown Complex to accommodate such vehicles would be more than the company is willing to invest, as Barra has said several times before.

“What the governor is talking to Ms. Barra [about], and what we’re advocating for, is that 25% of revenue that’s going to come from next-generation vehicles that they’re going to double down their investment on in each of the next three years – electric, low-emission, battery, hydrogen-powered, driverless, autonomous, whatever it might be,” Dignan said. “GM Lordstown and Ohio want to be partners in that.”

Sunday night, GM announced that Cadillac would be at the forefront of the company’s efforts to develop an electric vehicle lineup. GM has said it plans to offer 20 electric models by 2023 and the company was the second automaker, behind Tesla, to build 20,000 such vehicles.

Beyond advocating for the plant itself, the chamber and other state and local partners are showing the Lordstown plant’s impact throughout the state as part of the Drive It Home campaign. Many of the parts used to build the Chevrolet Cruze, built here since 2008, are made in Ohio – the car was occasionally billed as “Ohio-built” in advertising – and suppliers are scattered throughout the state.

To promote a partnership with the GM of the future, Dignan said technological resources will be crucial and could benefit both sides. He pointed specifically to the Valley’s assets such as America Makes and the Tech Belt Energy Innovation Center and other initiatives in the state such as the U.S. Department of Transportation’s $50 million Smart City Challenge grant to Columbus and the state’s DriveOhio program, which promotes the use of autonomous vehicles in Ohio. Last summer, the world’s largest autonomous-vehicles test site broke ground in East Liberty, about halfway between Lima and Columbus.

“We can provide leverage and the competitive advantage [GM] needs to be engaged in the workforce,” Dignan said. “Not only in northeast Ohio, but across Ohio, we can bring GM the advantage to compete on the international scale if that’s the way that they choose. It’s about making sure they understand what assets we have in the Mahoning Valley and what Ohio can bring to bear.”

For the Drive It Home campaign, having the governor involved directly with General Motors’ leadership is a crucial component, the chamber president said. DeWine has been in office since Monday and the trip to Detroit is his first official out-of-state trip as governor.

“The governor and lieutenant governor committed early on to be part of the Drive It Home campaign, to be an advocate with those C-suite execs at GM,” Dignan said. “And here it is. … This is what it was about. This is a grassroots effort, a cross-section of leaders and the community – elected, labor, business, you name it.”

The Drive It Home campaign isn’t the only push from plants affected by GM’s decision in November. Union leaders at the Oshawa Car Assembly in Ontario, Canada, vowed to make the Detroit auto show “the worst auto show that General Motors will face in their history,” said Jerry Dias, president of Canadian union Unifor that represents workers at the plant.

Protests are planned for the auto show’s charity preview Friday night. In addition, the UAW will hold a candlelight vigil at Hart Plaza Friday in a show of support for the roughly 8,000 workers affected by GM’s three plant closures.

“They did a video and are running commercials here in Detroit, but their approach is a little different,” Dignan said of the efforts by Oshawa leaders.

“Our [campaign] is about an open, transparent, collaborative partnership that the UAW Local 1112, the village of the Lordstown, the Youngstown/Warren Regional Chamber, the business community and elected officials are here to help GM as a partner and we can help them move through the next 50 years.” 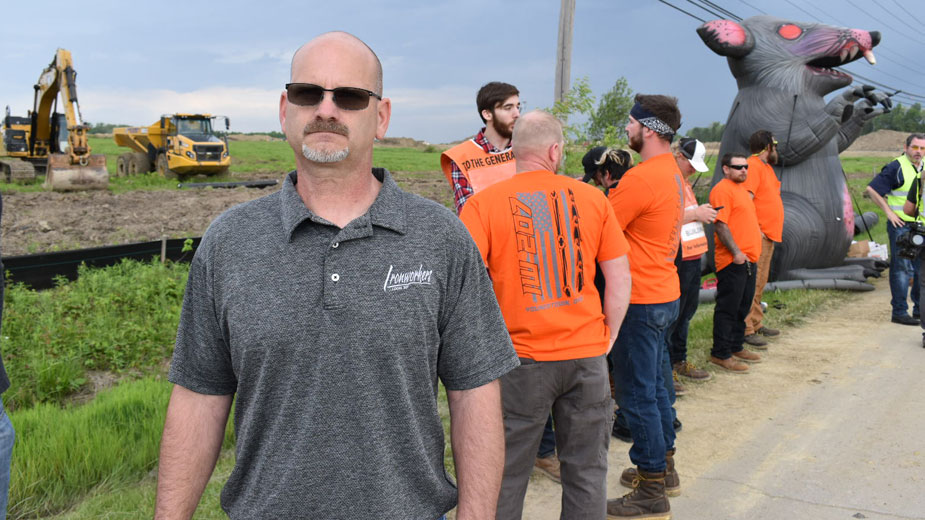 Gap Between Rich, Poor Neighborhoods Growing in Some Cities