The Niles restaurant is the second under the Edamame name.

After attending culinary school in Bali, Budiasa moved to Columbus where he was working as a hibachi chef for several years.

About three and a half years ago, Simarmata joined him, and in June 2020, the couple opened their first location.

“We are trying to spread our business,” she said.

The last restaurant location was in Ashland in December 2021 under the name Edamame Hibachi Wings and Sushi.

“The bigger the community, the more people we can serve,” Simarmata said.

The other two restaurant locations are in Columbus and Dayton.

Simarmata said the first couple of locations focused more on rice and hibachi-style foods. For the third location, the couple decided to do something a little different.

“Not all people in one family like the rice, [but] who doesn’t like wings?” she said. “So we added wings, and people were excited.”

Simarmata said they try to learn about the community they move into first, influencing the final menu for that specific location – including Edamame Ramen.

“There are universities [here], and a lot of young people like ramen,” she said.

The kitchen is currently made up of six staff members. Budiasa said the manager is a previous employee from another location.

“We will probably open more [restaurants] close by,” he said. “Right now we are still looking.”

The menu is created by both owners and is unique to each of their restaurants. After spending some time in the community and eating at other local restaurants, the owners said they put together a menu they feel best suits the area.

“A lot of people always want something new, fresh and different,” said Niles Mayor Steve Mientkiewicz. “They’re sick of the same old chain restaurant, but this is something very new, very cultured, and it seems to be a success in their other locations.”

“It’s at a good location,” he added. “It’s right next to High Pointe [Restaurant & Tavern], which is a staple in the city of Niles. Hopefully, the two play off each other and it succeeds like most restaurants do in the city.”

Incentive programs and economic development programs have been put in place over the past few years to drive small businesses within the city, Mientkiewicz said.

“We are doing a lot of work in downtown Niles, but also include some of our surrounding area businesses,” he said. “We have tax incentive programs. We have a downtown power incentive program. We have multiple grants we offer through the Niles Community Improvement Corporation that are sort of tailored to the small business community.”

Mientkiewicz said a want and need of many community members is more diverse restaurant options.

“It’s something new, something different, something unique [and] something cultured. … Hopefully, this is just one step in the right direction,” he said. “These types of restaurants seem to do well in the city, and hopefully our community supports them.”

Pictured at top: Owners Rona Simarmata, third from left, and I Kadek Eri Budiasa, second from right, at the ribbon-cutting for Edamame Ramen. Second from left is Niles Mayor Steve Mientkiewicz. 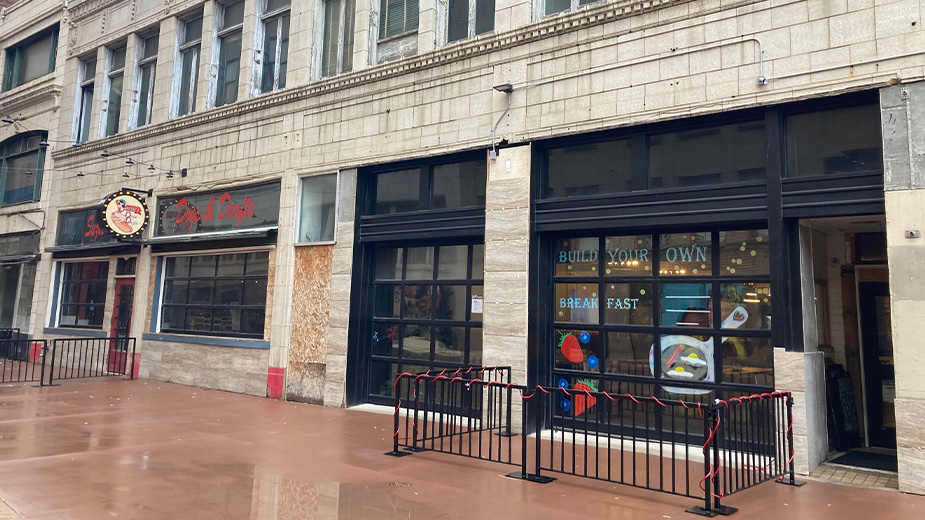 YOUNGSTOWN, Ohio – Suzie’s Dogs and Drafts will permanently close its current downtown location on the Phelps Street pedestrian corridor and reopen later this year in a new location just around the corner. Owner Christian Rinehart said the final day…