HOWLAND TOWNSHIP, Ohio – The energy sector will play a crucial role in the future of Ohio’s economic development, industry leaders and politicians agree, especially as petrochemical and gas-powered energy plants come online in the coming years.

And with those plants, including Shell’s cracker plant in Monaca, Pa., and gas-fueled power plants in Lordstown and southeastern Ohio, will come more business of all sorts, noted Democratic gubernatorial nominee Richard Cordray.

“Ohio’s advantage is that we have abundant water and abundant energy. With that, we’ll always be a strong manufacturing state. But we will also be a state that attracts other businesses,” he said. “It’s not just the energy sector itself. More businesses are looking at where to locate where they know there’s some commitment to clean renewable energy.”

Those businesses are looking at that, he continued, because of several factors, including the demands of their workforce or because having lower rates is a good business decision. He noted that access to clean energy is among the factors Amazon is considering in its search for a second headquarters.

“They have made it clear that’s what’s important to them. Ohio needs to get with the program,” he said. “Right now, we’ve allowed ourselves to slip into the bottom half of states with renewable energy and energy efficiency.”

Since the beginning of the exploration in the Utica shale in 2006, the economic value added of the energy industry in Ohio has totaled $37.9 billion, according to the executive director of the Consumer Energy Alliance’s mid-Atlantic region, Mike Butler. When considering only the activity related to shale exploration, some 700 new businesses have been started statewide and investment from the sector has totaled $63.9 billion.

“We’re in the center of this incredible shale revolution in the Appalachian region with an incredible opportunity. We haven’t seen this type of opportunity since really the birth of the steel industry,” Butler said. “What’s coming down the pike in the natural-gas revolution, the downstream development in the infrastructure and pipelines being built, ultimately results in projects like the Shell cracker plant in Beaver County [Pennsylvania] and petrochemical facilities in Belmont County, Ohio.”

Cordray and Butler were among the participants in a forum on the energy and manufacturing sectors hosted Tuesday morning by the Consumer Energy Alliance. The event featured two panel discussions, one dedicated to each featured industry.

“This region can be the complement and competitor to the Gulf region. We can make that known and attract other manufacturers,” said George Stark, Cabot Oil & Gas director of external affairs. “The infrastructure pipeline is very much like building a highway. As they go into the ground, there are businesses attracted to that affordable natural gas.”

Cabot was the first company to tap into the natural gas deposits in Pennsylvania’s Susquehanna County in the late 2000s and employs nearly 1,000 in that county. While the company hasn’t done much yet in Ohio, it is exploring operations in Ashland as nearby companies like Mansfield Plumbing, which uses natural gas to fire kilns for its ceramic toilets, and Hedstrom Plastics Inc., which makes plastic for toys.

“We want to not only get our workforce created, but we want to make sure manufacturers have cheap raw materials to continue what they’re developing,” he said. “At the end of the day, we have to make certain we have a workforce in Ashland County prepared.”

Developing that workforce can take a few different forms, panelists noted. It can be training tradesmen, as John Hughes of the Ohio Laborers-Employers Cooperation & Education Trust noted, or it can be partnerships with universities, as Vallourec vice president of industry affairs Douglas Polk pointed to.

Even further, it can include fostering entrepreneurs and providing them the tools to get their businesses and technology ideas off the ground.

“The best thing they have is that they haven’t been told ‘no,’ ” said Rick Stockburger, vice president and chief operating officer of the Tech Belt Energy Innovation Center in downtown Warren. “What I believe is most important to our established companies is access to emerging technologies. You get to be among people that are creating new and vibrant things.”

He pointed to one tenant developed software to monitor the grid system. That company is in talks with “a large local utility company” to sell the software. The incubator last week opened its new shared resources lab, which features equipment to test batteries and simulate putting renewable energies on the grid or the effect of lightning strikes on equipment.

“On the coasts, they’re trying to make solutions for markets that don’t exist,” he continued. “Right here, we know the market, we live in it and we build it. That’s what we’ve done since the 1900s.”

The development of the energy sector also intrinsically involves manufacturing. At Vallourec, Polk said, 68.5% of the mills’ production is for the oil and gas industry and 10.9% is for power generation. Statewide, related the Ohio Manufacturing Association’s Ryan Augsburger, manufacturing accounted for 17% of the state’s GDP in 2016, totaling $10.6 billion. That year, Ohio was No. 3 in the country behind only California and Texas. Last year, the manufacturing sector employed 698,000 across 14,000 businesses. Of those, 6,510 employed fewer than 10 people.

Going forward, the challenges will be the workforce and turning toward alternative energies, noted state Rep. John Boccieri, D-59 Poland.

“We can produce energy with the greatest of any other country. What we haven’t focused on is sustainment,” he said. “One of the things we’re talking about in the state legislature is funding for resources … for alternative forms of energy that drive away from that traditional legacy generation.”

Among the focuses of Department of Defense research, along with artificial intelligence, drones and additive manufacturing, is the use of microgrids for military installations, which would allow them to operate on their own power systems outside of the main energy grid.

“The application of that being done with government seeds and investments will be transformative for citizens and consumers,” he said.

Pictured: Democratic gubernatorial nominee Richard Cordray was among the speakers at the Consumer Energy Alliances’ Energy and Manufacturing Forum on Tuesday. 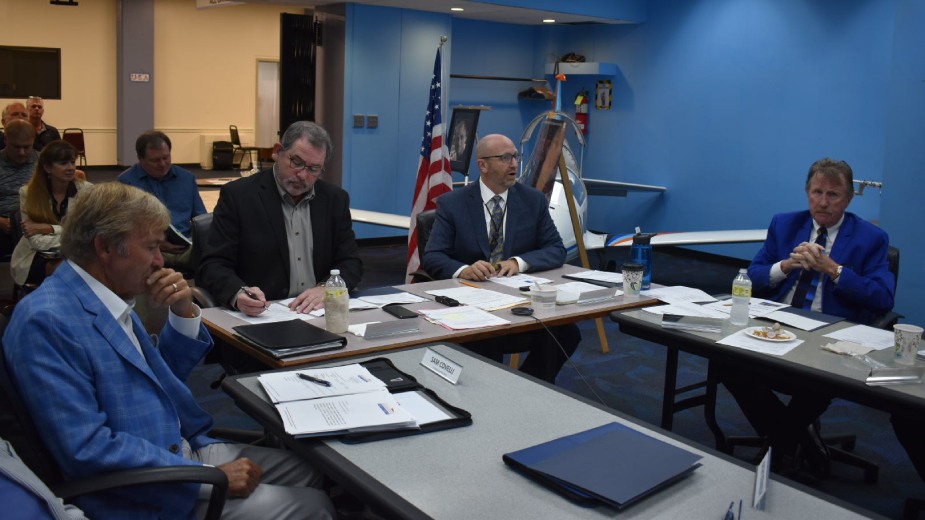 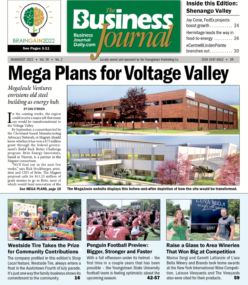