PNC uses more than 81 million kilowatt-hours (kWh) of green power annually, which is enough green power to meet 25% of the organization’s electricity use – equivalent to the electricity use of nearly 8,000 average American homes, according to the EPA. By using green power, it’s helping advance the voluntary market for green power and development of those sources, the EPA stated in a press release.

“EPA applauds PNC Bank for its leadership position in the green power marketplace,” said James Critchfield, program manager of EPA’s Green Power Partnership. “PNC is an excellent example for other organizations in reducing greenhouse gas emissions through green power investment and use.”

PNC Bank committed to RE100 in 2019 to source 100% renewable purchased electricity by 2025, according to the release. It looks to reach this goal through a multi-faceted approach inclusive of power purchase agreements, renewable energy credits and on-site generation.

“At PNC, we strive to be good stewards of the environment, not only because it is the right thing to do, but because it is essential to supporting a high quality of life for our employees, customers and communities,” said Lora Phillips, vice president and director of PNC’s Environmental, Social and Governance practice. “Our commitments to operational sustainability are a critical component of our overall climate action strategy.”

In August the company pledged $20 billion in support of environmental finance and earlier this year joined the Partnership for Carbon Accounting Financials, according to the release. The company also released its first Task Force for Climate-related Financial Disclosures (TCFD) report in August 2021, which focuses on PNC’s climate risk management strategy.

“We are proud to be recognized by the U.S. Environmental Protection Agency for our green power usage and to contribute to a reduction in air pollution while lowering our emissions footprint,” said Kate Zettl, vice president and Energy manager at PNC. “We are making great progress to achieve our 100% renewable purchased electricity target by 2025 and encourage other companies to consider green power as an affordable and accessible choice.”

PITTSBURGH – F.N.B. Corporation and UB Bancorp announced this morning the signing of a definitive merger agreement for FNB to acquire UB Bancorp, including its wholly-owned banking subsidiary, Union Bank. The all-stock transaction is valued at $19.56 per share, or a… 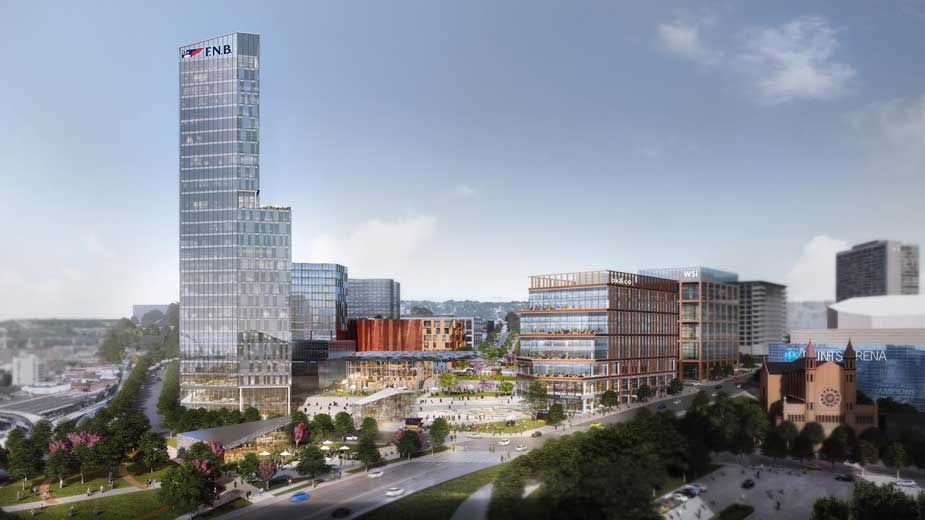