YOUNGSTOWN, Ohio – Former Teamsters President Jimmy Hoffa has become a cultural enigma. The questions and conspiracies surrounding his disappearance in 1975 have put his mystery almost on the same level as President John F. Kennedy’s assassination and a UFO crashing in Roswell, N.M.

Over the past 45 years, it’s been rumored that Hoffa’s body was disposed of at a slew of sites, from a crematorium to underneath stretches of highway to the former Giants Stadium in New Jersey, though the latter was disproved when the stadium was demolished in 2010.

“Mythic figures like this, these are stories that have no official ending, so everyone that picks them up can have their own ending,” Witwer said. “And in those endings, they can offer explanations or interpretations for enduring problems or enduring issues that we have.”

Hoffa’s personality and straightforward attitude resonated with the Teamsters and other union workers. For workers, he was a leader that cared to improve wages and pensions. For the government, he was corrupt and had ties to organized crime.

“It depicts this notion that the story of Hoffa is the story of good versus evil,” Witwer said. “And the story [Robert] Kennedy puts forward is the way to stop corruption, the way to beat the enemy within, is to win a conviction against the villain.

“But that’s, of course, a fallacy, right? Kennedy invests so many resources. He proudly puts Hoffa in jail, but that doesn’t end corruption in the Teamsters union.”

Witwer cites the Teamsters increased corruption with Hoffa in prison as a reason for his murder. Hoffa was sentenced to 13 years in prison in 1964, but President Richard Nixon shortened his sentence in 1971 with an agreement that the labor leader wouldn’t retake his position as the Teamsters president until 1980.

After his release, Hoffa announced his bid for the 1976 Teamsters presidency. But the mob considered his replacement, Frank Fitzsimmons, as a more agreeable leader.

Witwer said the mob’s disinterest in Hoffa returning was the reason for his meeting with Tony Jack Giacalone and Tony Provenzano, high-ranking members of the Detroit and New York mobs, respectively. Hoffa wanted to smooth over the relationship with a meeting at Machus Red Fox, a restaurant in Bloomfield Township, Mich., on July 30, 1975.

“Whatever happened, it doesn’t seem like the meeting went well because that’s when Hoffa disappears,” Witwer said.

The search for Hoffa involved local police, 200 FBI agents and a series of federal grand juries. But in the end, nothing substantial was found.

No body. No evidence. No leads on a killer.

The only credible leads came from members of the mob scattered throughout the country. Some members confessed on their deathbeds. Others were arrested and gave their version of the murder in exchange for shorter sentences.

In a bit of irony, if the mob did call for Hoffa’s death, it’s possible the move also led to the downfall of organized crime. As the investigation was conducted, the government became more aware of the mob’s connection within unions.

Many high-profile mob leaders went to prison on unrelated charges since the government couldn’t find conclusive evidence for many connecting them to corruption.

“They tried to develop cases facing those same organized crime figures to, what we say, ‘jam them up’ on some other charge, and use that to pressure them to cooperate,” Witwer said.

Roanoke Colony, pilot Amelia Earhart and D.B. Cooper were rattled off by Witwer as examples of well-known disappearances. Each one still captivates audiences decades after their infamous departures.

“Hoffa, if his body was found, would be just another murdered union official, and there’s plenty of those,” Witwer said. “The Hoffa who’s never found, that’s someone who’s a recurring subject of movies, stories and books.” 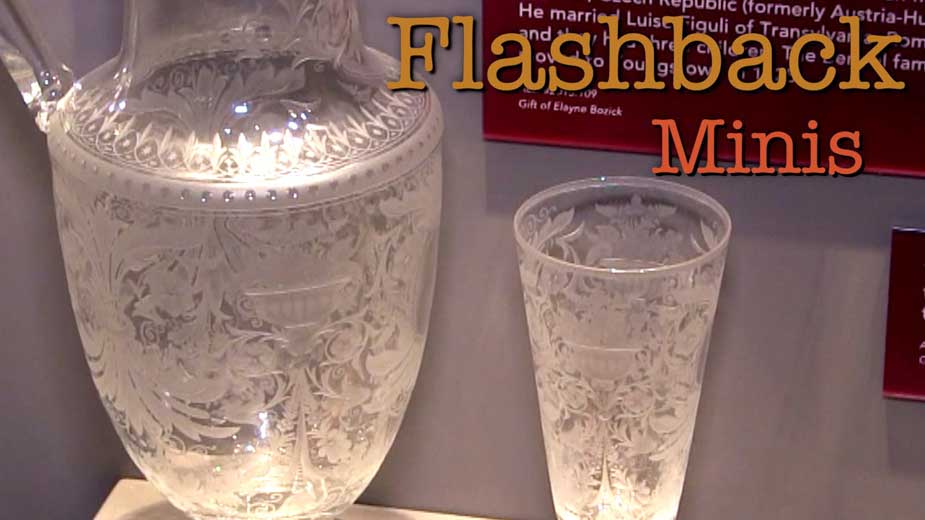 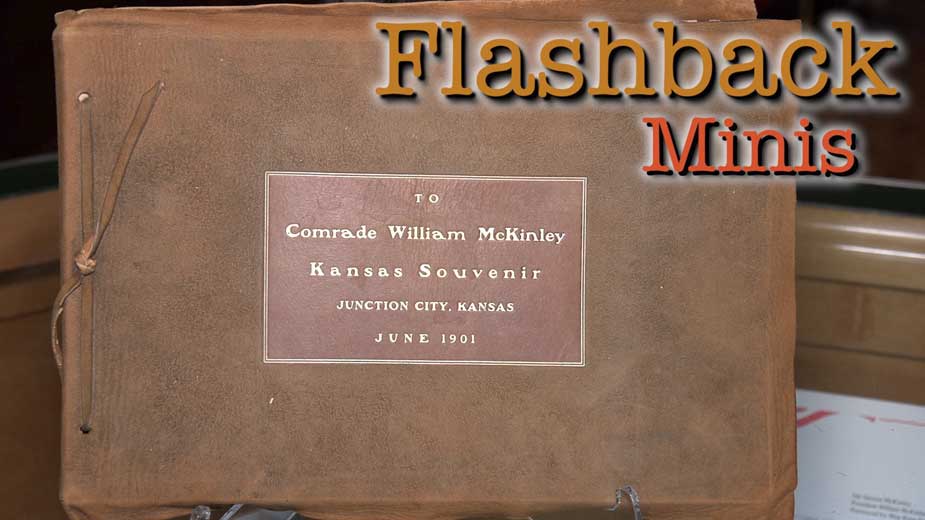 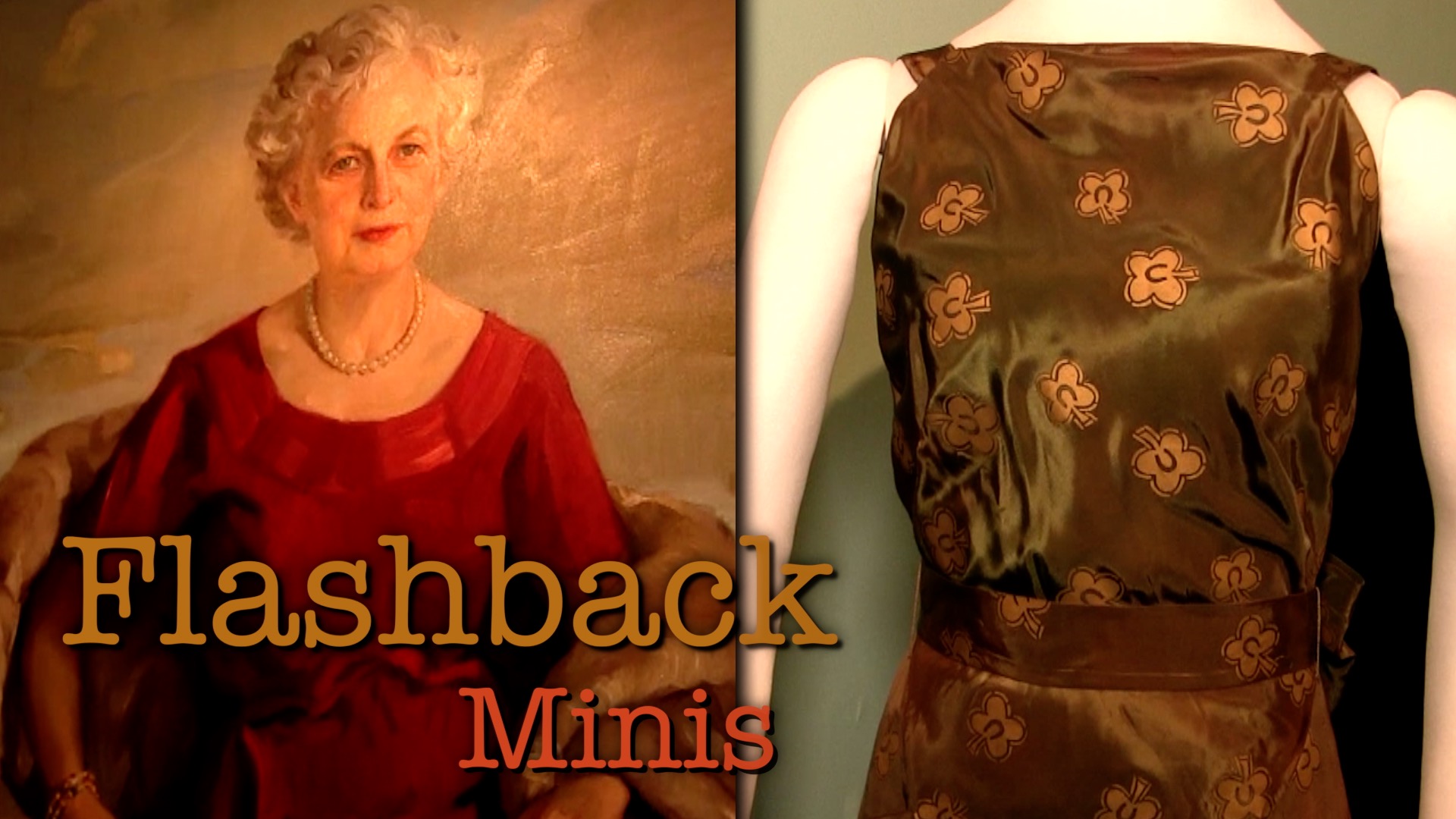 YOUNGSTOWN, Ohio– The dress featured in the video was worn by Marian Struthers in the 1940s. She was the great granddaughter of Poland pioneer settler, John Struthers. The dress is made of silk taffeta and features a gold-printed clover and…