By Jim Cyphert
YOUNGSTOWN, Ohio – For the Flight Crew, a stop at Noble Creature Cask House, 126 E. Rayen Ave. in Youngstown, is like a visit to an old friend’s home.

Owners Ira and Marcy Gerhart – and the entire staff – are some of the finest people the Mahoning Valley has to offer. Guests feel welcome as soon as they walk through the door. They leave thinking about when they will return.

Just before Christmas 2017, the Gerharts opened Noble Creature in the former Butler Memorial Presbyterian Church in the Smoky Hollow neighborhood. It was much anticipated, and Noble Creature is still the second operating craft brewery within city limits, the other being Penguin City.

With 12 outstanding beers on tap – from sours to porters and from IPAs to Russian imperial stouts – it’s no surprise this brewery keeps expanding and its reputation continues to grow.

Neither Ira nor Marcy ever worked at the Ford Motor Co., but at Noble Creature, quality is job one. Creativity is a close second.

When you meet the Gerharts you sense their passion. You can see it in their eyes. It’s a passion for making great beer and food. But it’s also for developing connections with the people of the Valley.

The Gerharts envision Noble Creature as an important part of the revitalization of Youngstown.

The brewery gives back to the community, supporting Second Harvest Food Bank and several animal charities. And a fundraiser was recently held to benefit those affected by the fires in Australia.

We spent about two hours with Ira and marketing director Jasmyn Iwanejko one cold January evening. They treated us as if we were the only people in the place. We get the sense they treat everyone like that.

Here are the beers we liked best that evening:

Jason Jugenheimer – This crisp and clean dry-hopped sour ale is a phenomenally refreshing beer. Hints of citrus, especially lemon, are prevalent in the aroma. The addition of Brettanomyces paired with the dry hopping of South African hops creates an unusual combination of sour and hoppy with a slightly dry finish. Ira is a wizard working his magic in the basement, and this beer may have just cast a spell on me.

Dave Shively – The whimsical name alone, Fickle Mistress, provides fair warning that this beer will challenge your senses in how best to describe it. Categorized as a Farmhouse IPA, this beer might best be defined as funky meets hoppy. This ale has an earthy aromatic Belgian-style Saison backbone because using Saison yeast ferments it. Then the magic occurs when three types of dry hops are added, creating the citrusy, hoppy IPA profile on the finish. While this eclectic concoction might challenge your ability to define it, I can guarantee you that it won’t have you changing your mind when it comes to ordering another. This one was my favorite of the evening.

Roger Gillespie – Don’t let the name get you thinking about the near-sighted yard tunneler. Rather, think of mole sauce from traditional Mexican cuisine. Penelope is a richly complex mole stout brewed with cherry smoked ancho chili peppers, cacao nibs, vanilla beans, cinnamon and more. The flavor and smoothness of this gem soften the 10% ABV. Choosing this beer to review was easy because I’m a longtime fan. Give it a try. You won’t be disappointed.

Brian Long – William Shakespeare asked, ‘What’s in a name?’ Well, a lot when it comes to this beer. This beautiful, funky fresh hop ale is just what the name says. It poured a bright straw color and had a nice earthy sweetness, which I found quite refreshing after all the holiday spiced beers these past few months. The hops for this yearly fresh hop ale were harvested from the Creature’s very own urban Youngstown lair by the pawpaw orchard. Also to be noted is that proceeds from this beer raised nearly $800 for Second Harvest Food Bank, resulting in 4,800 meals for hungry families. Thanks for that, Ira and Marcy!

Jim Cyphert – When I visited Noble Creature just before Christmas, Ira sneaked up and poured me a sample of a dark, delicious beer. I texted him later, ‘That was one of the best beers that’s ever crossed my lips.’ It was this Russian imperial stout. Ira and I had been talking about it for months. When it was finally available to review, I couldn’t refuse. Rome wasn’t built in a day. Neither was this beer. Aged for 15 months, this was created from a blend from two bourbon barrels, one from the Breckenridge Distillery, the other from Heaven Hill Distillery. It’s deep, dark, delicious, rich, and yes, heavenly. There’s also a version featuring Branch Street Coffee Roasters coffee. I recommend every version of Petruska. It’s as Youngstown as Jim Tressel.

Joe Sanfilippo – I’ve been trying to find the right sour. Well, after trying dozens, I finally found one I enjoy. Chelsette is a barrel aged brown sour. Aged in red wine barrels, it’s fermented with Ira’s ‘house funky yeast.’  This sour doesn’t bite like some. It has a hint of cherry and vanilla and pours a light brown in color. Checking in at 6.2%, it’s perfect for someone looking for a nice sour.

June 22, 2020: The Flight Crew made their way down to Firestone Farms in Columbiana County to try out some tasty ciders including one made especially for them!

‘Keep It Local’ More than a Catchphrase at Birdfish

By Jim Cyphert & The Flight CrewCOLUMBIANA, Ohio – Nov. 30, the 10th annual Small Business Saturday, will be special. The day will represent so much of what Columbiana’s Birdfish Brewing Co. is all about. Since 2010, the Saturday after… 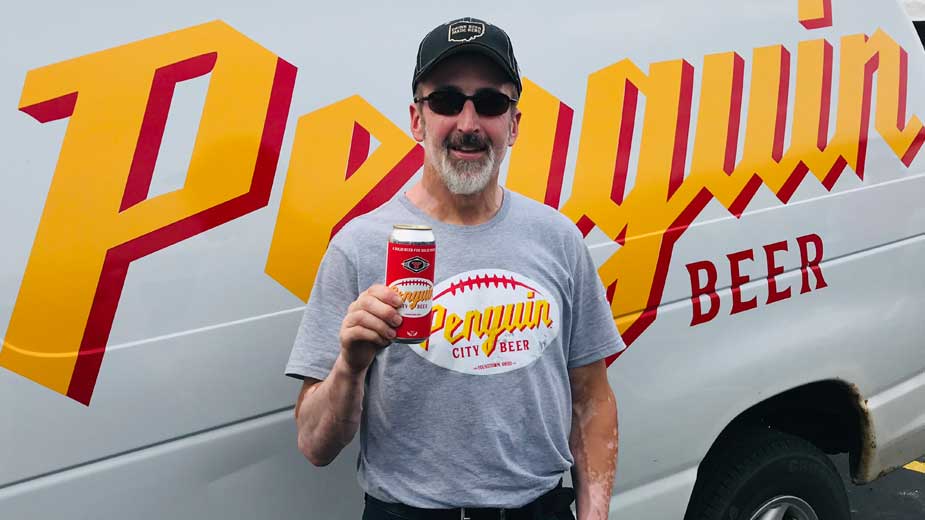 By Jim Cyphert YOUNGSTOWN, Ohio — Navigating outside a comfort zone and into new territory can be one of the more daunting challenges any small business can face. That’s especially true for a local brewery that’s experienced rapid growth and…