Ask Rontrell White why he enrolled in Flying High Inc.’s welding program and he’ll tell you in one word – “Change.”

The 29-year-old has been in and out of prison for selling drugs. His incarceration resulted from growing up in Youngstown, White says. 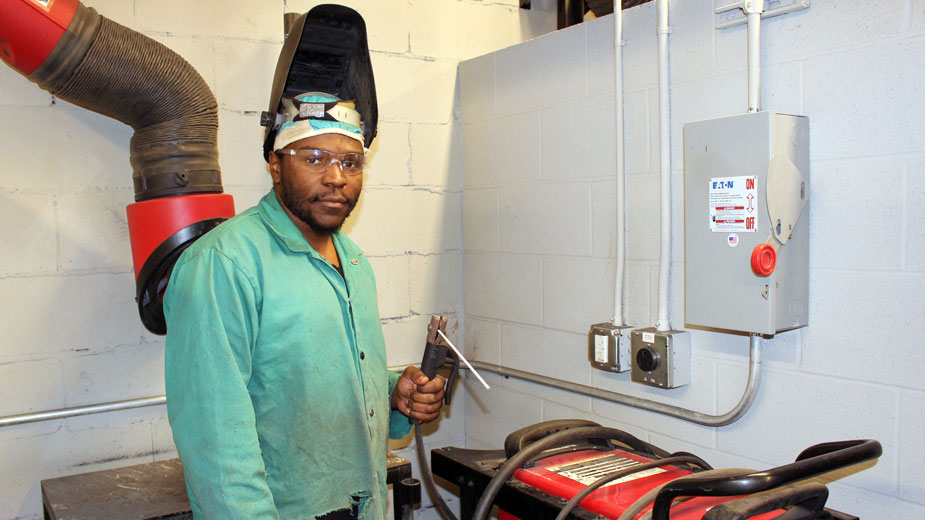 Rontrell White says the birth of his daughter inspired him to pursue a welding career.

“Everybody in the ’hood used to always say, ‘Oh well, you’re black. You ain’t going to be able to get a job,’ ” he says. “So I never really actually tried to get a job.”

Now the father of a three-year-old daughter, Breniyah, White wanted to change his life, he says. He’s nearly completed the training and will start work at J.A. McMahon Inc. in Niles after graduating. More important, he’s stopped selling drugs and is working toward getting things back on track to care for his daughter.

“She’s what made me want to turn my life around,” White says. “I want to take care of her and get my daughter, finally, in my life.” 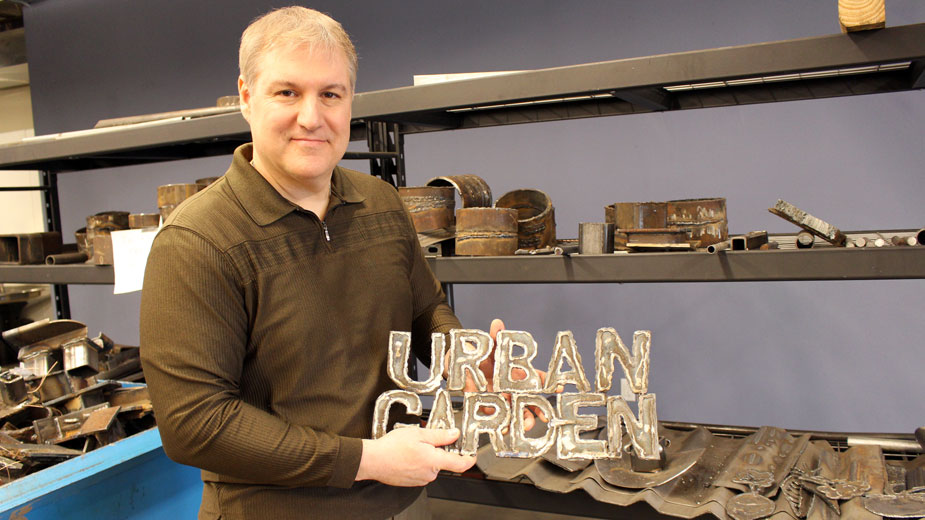 In 2000, Jeff Magada expanded the scope of Flying High Inc. to include adults.

“When they walk in the door, they are far from being marketable for employment,” Magada says. “Sometimes they don’t have a driver’s license because they owe court fines. Sometimes they can’t pass a drug screening, [or] they haven’t had a recent work history.” 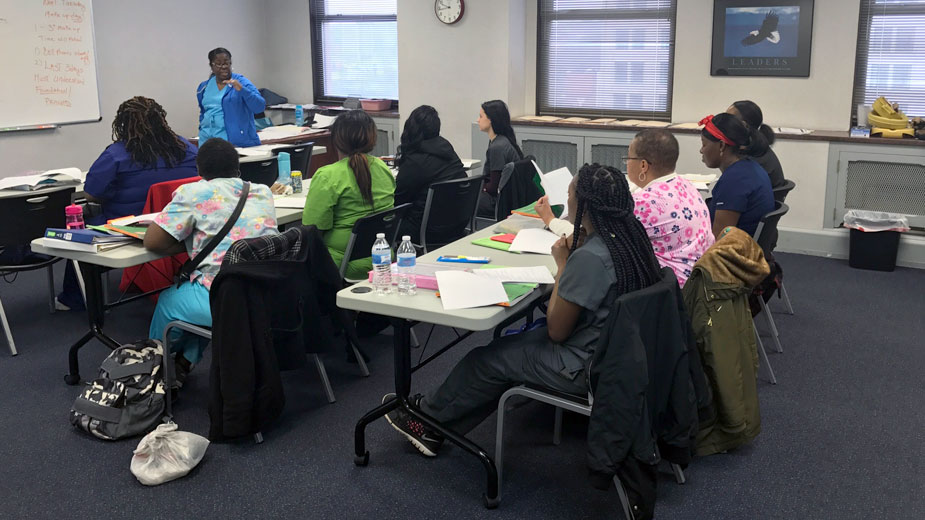 Flying High offers training for STNA with opportunities to continue to LPN and RN.

The program is much more comprehensive than when Magada started the League of Champions sports program in 1994. Then he was a juvenile diversion officer for the Austintown Police Department and working with at-risk high school students, he says.

As the students grew, their needs changed, whether it was going to college or getting a job, he says. In 2000, Magada left the police department to work full-time with the newly minted Flying High Inc. to serve students and adults.

“We transitioned into working more intensively with the population that has criminal backgrounds,” he says. “They also may be struggling with past addictions.”

Expanding the scope of the organization allows it to address a prominent issue in the region – a shortage of employable skilled workers who can pass a drug test.

Last year, Quest Diagnostics reported that 4.2% of the U.S. workforce tested positive for illicit drugs in 2016, the highest rate since 2004. In 2017, The New York Times reported that nearly half of job applicants in the Mahoning Valley fail a drug test.

Small to medium-sized companies that don’t have a full human resources department need the most help, Magada says.

“They’re just trying to take whoever they can get, put them on the job or hire them through temp companies. And they keep them on for 90 days and they see who sticks,” he says.

“When people have an addiction, they face some changes on the brain,” Martinez says. “They have to learn how to get better nutrition and then to balance all of those chemicals. That will help them overcome the addiction … to decrease the craving and the relapse.”

Marijuana, alcohol and opiates are the top substances abused locally, Martinez says. Each person has different triggers that can cause relapse, such as domestic stress, education and jobs. Working with a group of people who have the same issues helps individuals cope, she says.

“When they talk about it, they help each other to overcome those triggers,” she says.

Flying High keeps in touch with its graduates to get them additional help should they need it, even if it means going through the treatment process again, Magada says.

“We’re all human and the issues of life overwhelm us,” he says. “We don’t give up on them. If they’re willing to work, we’ll continue to work with them.”

As the lead agency for the Mahoning Valley Partnership for Employment program, Flying High collaborates with 24 employers in the manufacturing and health care industries who advance students’ education with six months of on-the-job training. 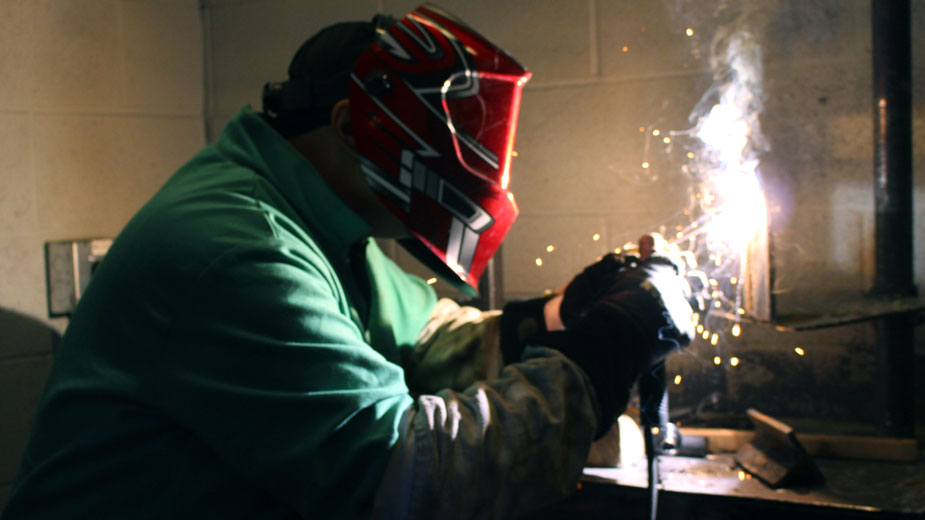 “That consortium has agreed to hire, or at least consider hiring, individuals that graduate our vocational programs,” Magada says. “They’re guaranteed to get someone who can pass a drug screening.”

As of January 2017, Flying High had graduated 72 students and enrolled about 300. Classes are at capacity.

“When you see the work that they do and the clients they’re working with, you’re just like ‘This is good. This is what we need,’ ” says Mary Williams, who sits on the board of directors.

Williams, who has a background in finance, met Magada while giving tax code instruction to Flying High’s students. She joined the board because of its mission to address the skilled labor shortage in the area.

“These are folks that society has kind of cast aside in far too many cases,” Williams says. “They are becoming contributing members of society.”

The work earned Flying High a $4 million grant in November through the U.S. Department of Labor’s TechHire initiative, the only organzation in Ohio to receive such an award. The grant allowed the nonprofit to open its welding school and create a tuition assistance fund. Tuition for the welding program is $3,295, but 100% of students have received some tuition assistance, Magada says, with some paying out-of-pocket costs of $300 or less.

“Individuals walk away from this accelerated program with no student debt,” he says. Tuition for Flying High’s state tested nursing assistant program is $595, and $875 for its CDCA program. 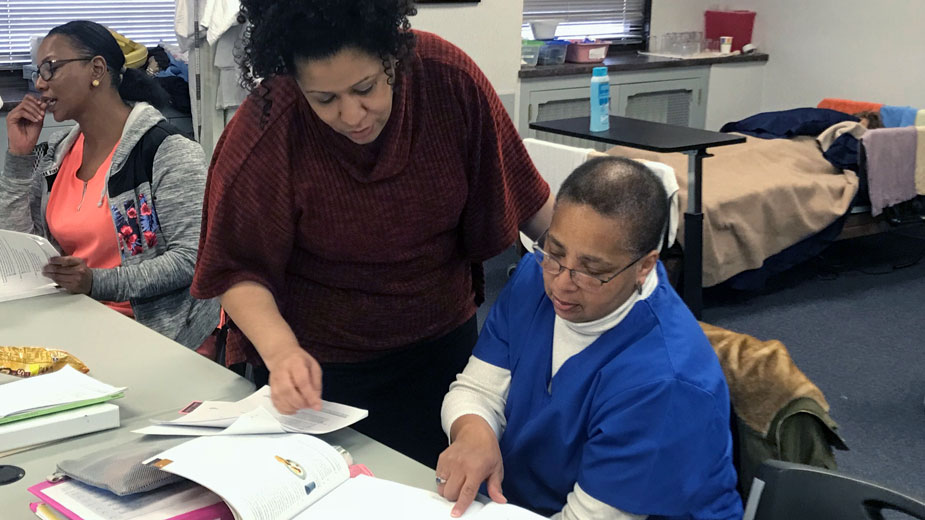 New applicants go through a rigorous vetting process with a five-day bootcamp that measures attitude, aptitude and attendance, Magada continues. Applicants who miss one day aren’t admitted into class.

“You have to earn your way into the class,” he says. “If you come here with the sincere desire to make your life better and you want to put the work in, you’re going to get to where you want to go.”

It’s something that Donald Slocum takes to heart. Slocum is five weeks into his welding training and he shows up early every day to prepare his welding station.

After going through addiction recovery treatment at Neil Kennedy Recovery Clinic in Austintown, the Community Initiative to Reduce Violence in Youngstown helped Slocum attain his certificate of qualification for employment and enroll at Flying High. 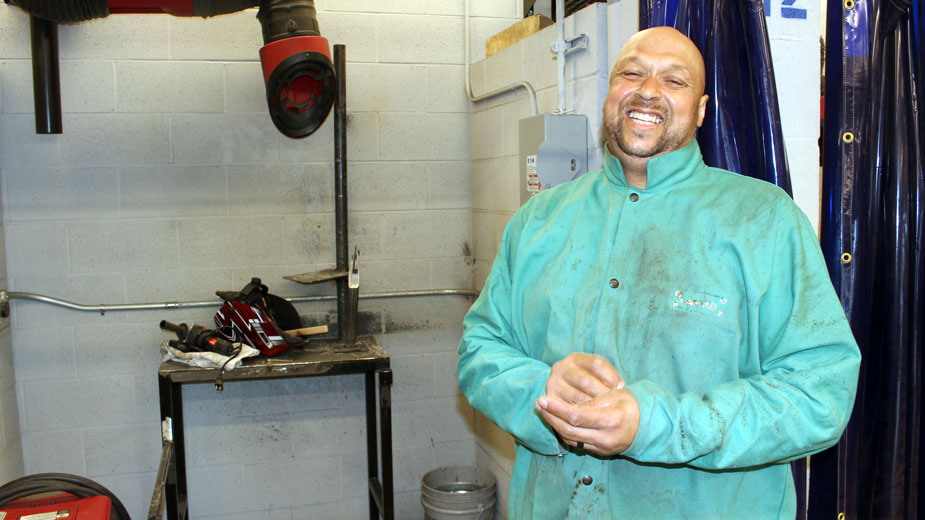 “I’m sober today, I’m happy and I’m learning a new trade,” says Slocum, 49. “It’s never too late when you wake up every day. So every single day I’ve got a chance.”

Attendance is drilled into students from Day One, says Tim Hipkins, lead welding instructor. Employers want workers who show up every day, so Flying High has students clock-in with a time card.

“Some guys never had a job,” Hipkins says. “It helps them get ready for work.” 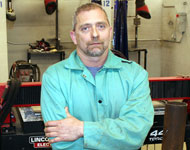 For the students at Flying High’s welding program who have been incarcerated, battled addiction, or both, the road to health can be a difficult one to walk. Nobody knows that better than lead instructor, Tim Hipkins.

A welder by trade, Hipkins did all the right things in life, he says. He had a wife, three children and a job teaching welding at an apprenticeship program.

Then about 14 years ago, things took a turn for the worse. Hipkins became addicted to pills, which led to heroin and, eventually, prison. While in jail, Hipkins lost his job, his wife and his children. He used the time to reflect on the choices he had made and the people he had hurt.

“That sobers you up real quick,” Hipkins says. “If I would not have gotten arrested, I don’t know if I would’ve ever got it back on track. I could probably be dead. And that’s the truth.”

He credits his relationship with his family with his ability to get sober. They looked at his arrest as an opportunity for him to get a fresh start, he says. After he was released, Hipkins started to get his life back on track. He reconnected with his 20-year-old son, although he still doesn’t speak with his ex-wife or two daughters.

Then about eight months ago, he saw a job opening for a welding instructor at Flying High. He wasn’t looking to get back into teaching and hadn’t heard about Flying High or its founder, Jeff Magada, but wanted to come in for the interview anyway.

“When they told me what [Magada] was doing and the people he was working with … I wanted to be a part of that,” he says. “Maybe something positive could come out of my experiences, because it’s been all negative for a lot of years. But it definitely makes me feel better.”

As lead instructor for Flying High’s welding program, Hipkins is as much a mentor as he is an instructor. While teaching them the skills they need to be employable comes first, he often finds himself talking to students who get worked up and need to take a quick break, he says. While mentoring isn’t always intentional, he says his past helps him relate.

“I’ve been down that road. And I know how hard it is to get off of that road,” he says.

Hipkins, a resident of Alliance, says he sees the value that Flying High and programs like it could bring to other areas. And while he’s glad to see the benefit to Mahoning County, he wishes he could see more programs like Flying High doing the work in every county in Ohio. 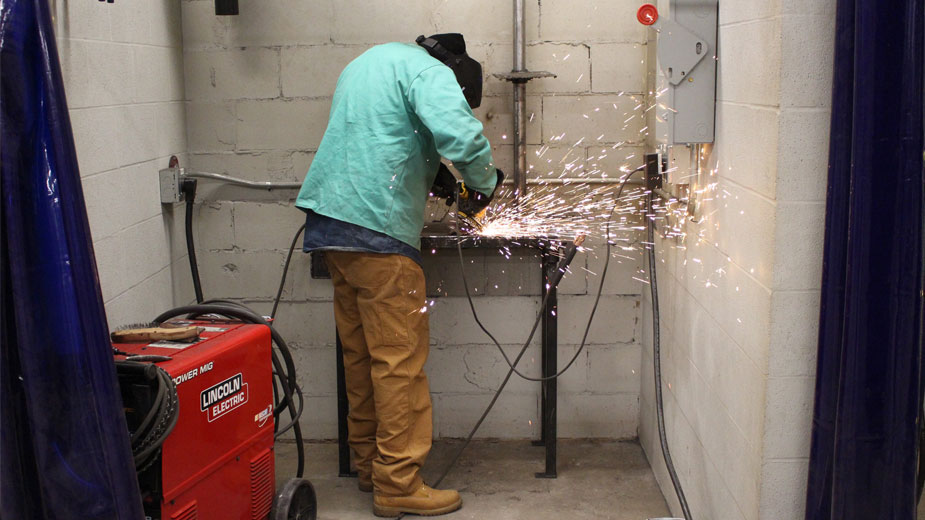 Classes are five hours long with a 30-minute break. The first hour is spent in the classroom to discuss welding processes and the work for the day. The rest of the time is in the shop where students learn shielded metal arc, metal inert gas, flux core and tungsten inert gas welding.

Jason Hymes was skeptical of the program when he first heard about it from a friend.

He had been in prison twice and was using drugs and had been through other programs that didn’t pan out like he expected. In addition to job training, Flying High helped him with his utility bills during the six months he was incarcerated, he says.

“I didn’t ever think that I would become a welder,” he says. “But it’s a trade that I came to love.”

After graduation, Magada asked Hymes to be an assistant welding instructor. Hymes saw this as his chance to give back to the program that had helped him in his time of need, he says. He promotes the program too, whether on Facebook or to his friends.

“I try to encourage people: You don’t have to do bad all your life,” he says. “Just take the step. Take a chance.”

Community members can make a positive impact on Flying High Inc. by donating to its Professional Development Center scholarship fund, or by volunteering at the GROW Urban Farm and mentoring individuals making the transition to employment.

Although tuition-based, Flying High has provided financial assistance to 100% of its students through the scholarship fund and through the Mahoning Valley Partnership for Employment. Donations can be made to Flying High Inc., 6 Federal Plaza Central, Suite 701, Youngstown, OH, 44503.