BOARDMAN, Ohio – The health of the national economy is playing out across the Mahoning Valley, evidenced by job growth, retention and new investment, officials said Wednesday during the Youngstown/Warren Regional Chamber’s annual Economic Forecast Breakfast.

“All of our projects this year have resulted in $120 million of investment throughout Trumbull and Mahoning counties, the creation of 215 new jobs, as well as the retention 838 positions,” said Sarah Boyarko, COO of the Regional Chamber.

Among the major expansion projects businesses have undertaken in 2018 is Pur Foods’ $11 million distribution plant in North Jackson, Ellwood Engineered Castings $60 million aluminum facility that will break ground next year in Hubbard, and the purchase by HMS of a distribution building at the Salt Springs Road park.

There are another 20 or so projects in the pipeline for next year, most of them related to new manufacturing projects or expansions, Boyarko said.

“Currently we’re managing $2.1 billion in pending investment,” Boyarko said, including expansions and new business attraction. This number includes the $900 million Trumbull Energy Center — a second natural gas-fueled electrical generation plant proposed for Lordstown – and the TJX HomeGoods distribution center in that village. The estimated investment of that project stands between $140 million and $170 million, with roughly 1,000 new jobs by 2024.

“We expect those announcements to go forward next year,” she said. “The remainder of the projects are industrial in nature, so there’s a lot of manufacturing opportunities coming down the pipeline.”

Together, these projects could yield another 1,700 new jobs, Boyarko said.

During the event at Mr. Anthony’s Banquet Center here, the Regional Chamber named Haltec Corp., Salem, as the recipient of its Excellence in Manufacturing award.

“Consumers are in a really healthy place,” he said. “Wage growth has been strong, and we’re not seeing a lot of inflation. I think that puts us in a really good place going into next year.”

Real median household income is outpacing inflation, which stands at about 2.17%, he reported. According to the U.S. Department of Labor, wages and salaries have increased 3.1% for the year ending September 2018.

“It’s kind of a feel good number,” he said. “The economy is strong right now.”

Tariffs the Trump administration has placed on goods imported from China and Europe are unlikely to impact inflation this year, according to Cwiklinski’s presentation.

China was able to aggressively pursue its export program through internal policies adopted in the 1990s, such as the Made in China initiative and joint venture mandates the Chinese government attached to foreign companies doing business there, Cwiklinski said.

The tariffs, at most, would impact some of those specific products by raising prices by about 2%, he said. When these hikes are applied these hikes to the overall economy, inflation is watered down to about 0.31%

“From a total economic perspective, we don’t think it’s a big issue at this point,” he said. “We’re optimistic that if the tariffs work, we’re going to be more competitive, and if we’re more competitive, then the economy will do better.”

One of the biggest concerns in the economy is the level of consumer and federal debt. “As long as we have wage growth and a good economy, the debt levels are OK. Once things stumble, they typically become an issue,” Cwiklinski said.

He said the tax stimulus plan passed late in 2017 has yet to take full effect, and companies are using some of these funds to pay down debt.

Rising interest rates, however, could make it more difficult for emerging markets — South America and smaller Asian countries, for example — to pay off their debt, he noted. “One of our biggest concerns is that when interest rates rise — a lot of that debt in emerging markets is dollar denominated — it becomes more and more expensive to service that debt,” he said.

Encouraging in northeastern Ohio is the resurgence in oil and natural gas exploration in the Utica shale in Ohio and Marcellus shale in Pennsylvania, collectively referred to as the Appalachian Basin.

Dan Brockett, extension educator at Penn State Extension, said that the Appalachian Basin is likely to see an increase in drilling and exploration in 2019 now that pipelines to transport the material outside the region are in place.

“With this extra pipeline, we can expect more production to occur,” he said. The Energy Information Administration has projected that oil and gas production would increase between 15% and 20% out of the Appalachian Basin next year. “There are more pipelines taking product South, to the Midwest, and the East to some degree.”

Another development sure to have an impact on oil and gas exploration is the commission of Royal Dutch Shell’s $6 billion ethane cracker plant near Monaca, Pa. “When the plant is complete, they’ll put out a whole lot of polyethylene pellets,” Brockett said, which will be converted into products such as plastic garbage bags and other household goods.

Developing ethane crackers is attractive in this region because it reduces transportation costs for customers in large population centers in the northeastern United States, Brockett explained.

That doesn’t necessarily guarantee manufacturers will flock to the region once the cracker plant begins operations, Brockett said. However, northeastern Ohio has a long tradition of plastics manufacturing, especially in cities along the Great Lakes, which could create a draw for producers and suppliers because of the proximity to the cracker plant.

“I would assume manufacturers would want to be where an experienced workforce is,” Brockett said.

by Bronson's Mega Puffs - 1 week ago 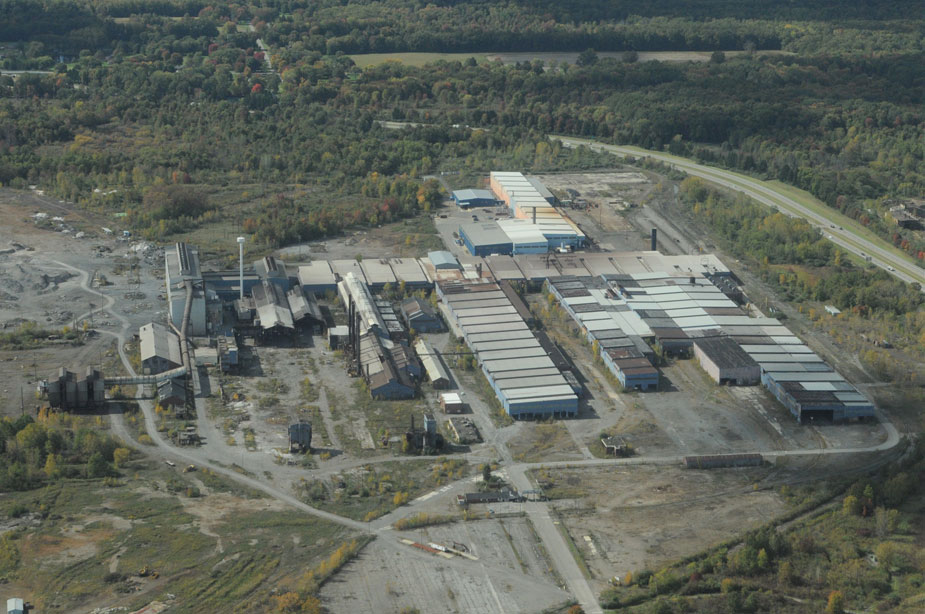 WARREN, Ohio – Environmental remediation work has resumed at Warren Steel Holding’s site in Champion and Warren townships – a 360-acre industrial property that is tied to an ongoing international fraud investigation. “We’ve seen some activity in and around the… 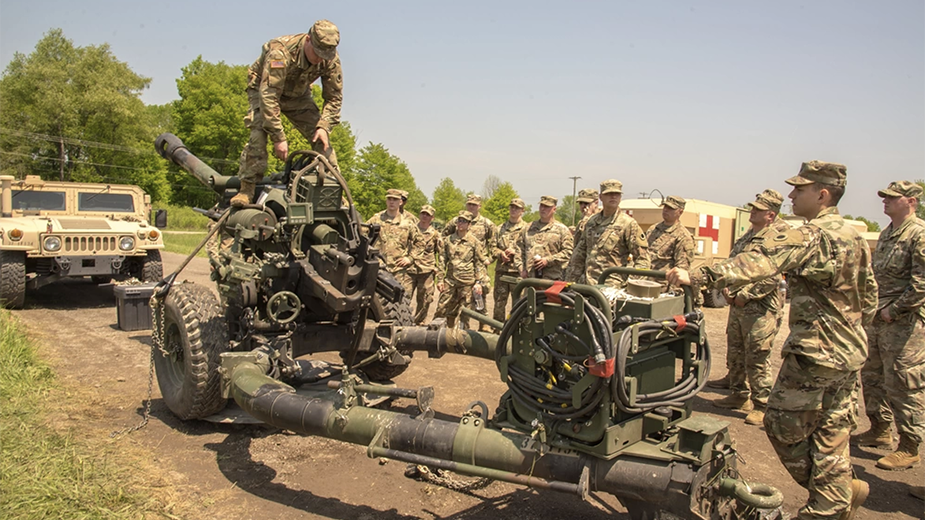 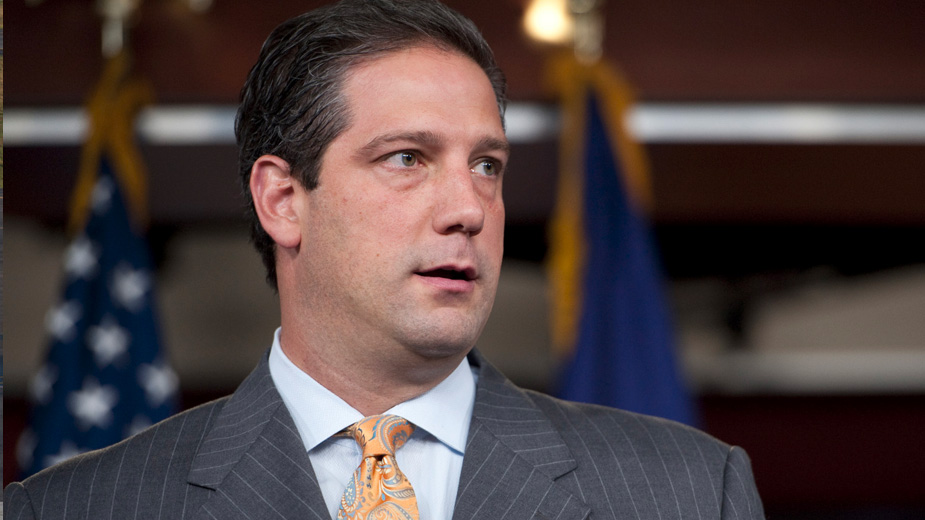 YOUNGSTOWN, Ohio – Mahoning Valley initiatives including runway resurfacing at Youngstown-Warren Regional Airport, electric vehicle technology training and an emergency department expansion project are in line to receive nearly $14 million. The funding is part of the $19 million that…