KINSMAN, Ohio – When Juliette Gordon Low founded the Girl Scouts of the USA in 1912, one of the first badges she introduced was the aviator badge.

“She was already thinking, ‘Oh, these girls need to be involved in whatever the coolest thing is right now,’ ” says Jane Christyson, CEO of the Girl Scouts of North East Ohio.

Fast forward to 2021. Girl Scouts can earn badges in anything from automotive work, coding and programming to cybersecurity, robotics, manufacturing and engineering – all rooted in science, technology, engineering and mathematics, or STEM.

Since 2016, the Girl Scouts has worked to promote STEM on a national level, exposing girls to career paths not traditionally pursued by women. It’s also one of the four content pillars of the organization. The other three are Outdoors, Life Skills and Entrepreneurship.

Girl Scouts of NEO – which serves 18 northeastern Ohio counties, including Mahoning, Trumbull and Columbiana – is engaging regional networks of STEM employers and educators.

Last year, Girl Scouts in the region earned nearly 16,000 STEM badges, up from the 15,000 they earned in 2019, Christyson says. Seeing that increase even amid the COVID-19 pandemic gives Christyson hope for the future of women pursuing STEM careers in northeastern Ohio.

“I know we’ll see it again this year because girls could do the programs online. They could do them in other ways than just in person,” Christyson says. “It shows the incredible engagement of girls and their willingness to take on these kinds of careers.”

Girl Scout Danica Landers has embraced STEM programs, particularly robotics. Next year, Landers will be a freshman at Liberty High School and has been in scouting since kindergarten, she says.

Having opportunities in STEM in and out of school is important to Landers, who aspires to become either an architect or an engineer like her aunt, she says.

“It shows that people are opening up to science and technology,” Landers says. “And showing that there’s a lot of things you can do within the STEM field.”

In March, the Girl Scouts of NEO announced a partnership with America Makes to launch an additive manufacturing patch and national playbook for building a talent pipeline to employers.

The partnership aligns with the National Girl Scout STEM Pledge, which looks to reduce the gender gap in STEM fields by engaging 2.5 million girls by 2025. The Girl Scouts of NEO looks to engage 37,000 over the next few years.

America Makes is also exploring how the patch might fit with other Girl Scouts badges, Cramer says.

The organizations look to roll out the program this summer. America Makes member companies and organizations are already offering their support, including female-owned companies interested in providing field trips, guest speakers and mentorships.

According to the Society for Human Resource Management, the United States currently has millions of unfilled STEM jobs. It estimates some 3.5 million will need to be filled by 2025.

At least 12 America Makes member companies are stepping up, including two or three in the Youngstown area, Cramer says.

The new Excellence Training Center at Youngstown State University will host part of the program with summer youth camps, says the center’s executive director, David Sipusic. Scouts will design and print their own jewelry components for the Junior Jeweler badge, which is typically earned by stringing beads.

“They’ll be able to watch their design go from screen into action,” Sipusic says. “We’ll work with the scouts to expand and add different types of print jobs, designs and concepts.”

And the interest is there, says the NEO Council’s Christyson. She has seen scouts from the region go on to careers in aerospace engineering, food science and chemical engineering.

“There’s something different for girls about a single-sex environment. There’s a lot of research that shows that girls really thrive in that kind of environment and learn better,” she says. “We have 100 years of expertise in girls. We know how they learn. We know how to present things to them so they’re attractive.”

All of that goes into planning program materials, Christyson says. In addition to the specialty, an overarching leadership mandate is ingrained in all of the programs as well, from camp life to cookie sales.

“We want to make sure that somebody comes out of the organization not only with skills of STEM or entrepreneurship, or life skills, or whatever it is,” she says, “but they also come out with that leadership experience.”

Cookie sales in particular give scouts a taste of entrepreneurship and helps them to build the soft skills that some employers say are lacking in potential employees, such as communication, she says.

Armani Chilton, who will begin fifth grade next year, is one of Girl Scouts NEO’s “Pearl Girls.” Scouts who sell more than 1,000 boxes of cookies in a year earn a pearl, which signifies the strand of rare matched pearls that Juliette Gordon Low sold to fund the start of the Girl Scouts.

While selling cookies to people she didn’t know was awkward at first, Chilton says she eventually got the hang of it.

“Sometimes when we’re selling, my cousins and my friends like to be competitive,” Chilton says. “Our main secret is that we text everybody on their phone. Sometimes we want to combine [our efforts]. But we can’t because we like to challenge each other.”

Scout Landers is working on her Silver Award. She and her group are designing book stations at laundromats where some parents bring their children. Besides books, the stations would have games the kids could play.

“We wanted to do something out in the community that can help everyone and make it safer and educational too,” she says.

Although 23,500 girls are part of the NEO Council, membership is down because of the pandemic, Christyson says. Still, the council boasts “one of the highest retention numbers,” she says, about 70%.

With community and in-school recruitment picking back up in the fall, she is confident those numbers will rise.

“We’ve got a plan to replace those members and move forward,” she says. “We’ve come through financially sound. And I think anybody who can say that right now feels like they won the lottery.” 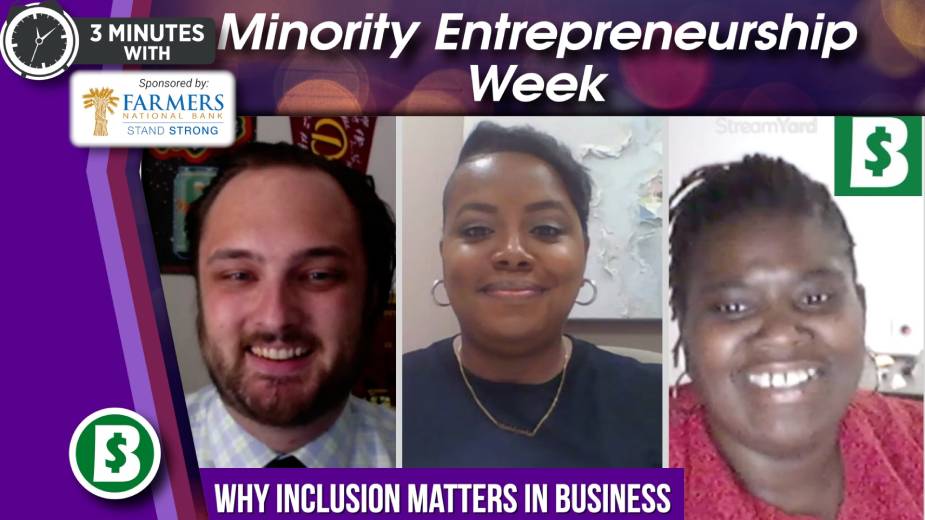 Why Inclusion Matters in Business

Supporting entrepreneurs of color, whether through patronizing their businesses, collaborating with them or providing them the tools and education to further their work, can help build a vibrant business community throughout the region. “An inclusive business system brings prosperity and… 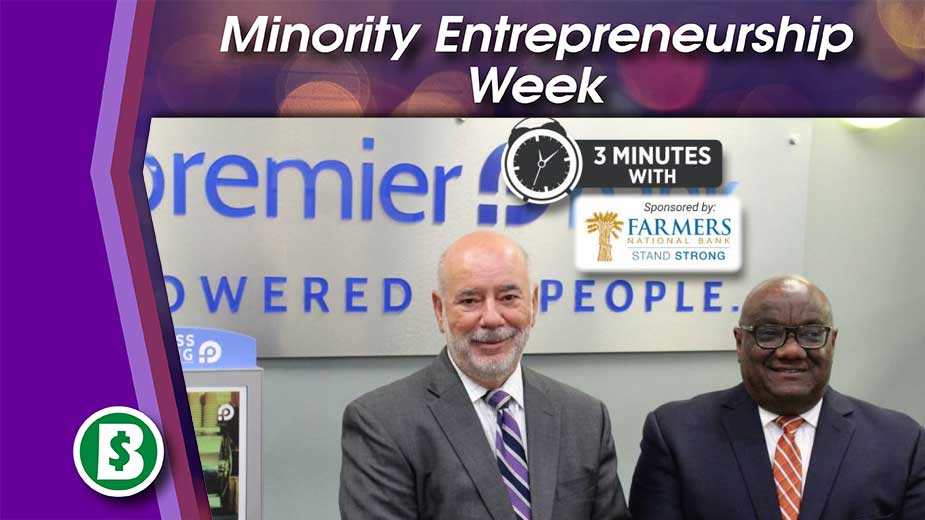 Last year looks like an inflection point for entrepreneurs of color, both in the Mahoning Valley and across the country. Several storylines of 2020 – the coronavirus pandemic, discussions about racial equity and new efforts to support small businesses –… 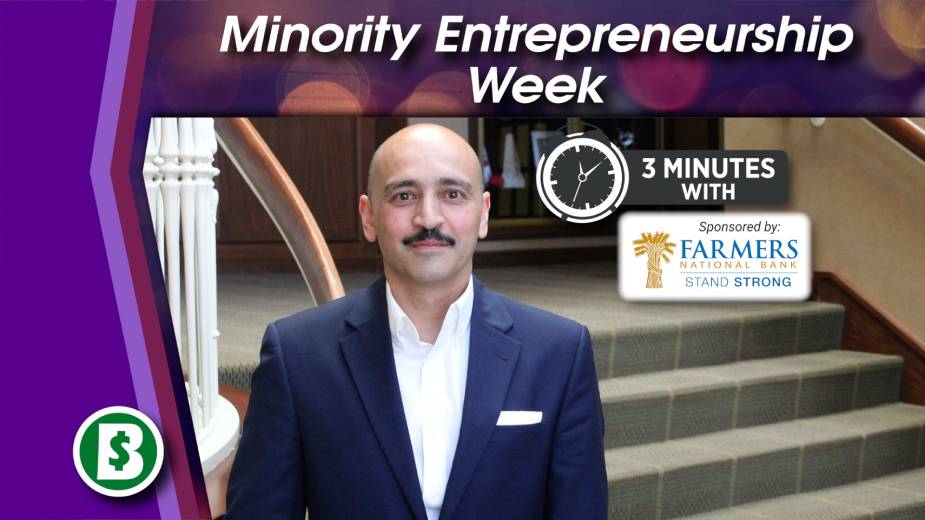 What to Do After a Good Business Idea?

Last year looks like an inflection point for entrepreneurs of color, both in the Mahoning Valley and across the country. Several storylines of 2020 – the coronavirus pandemic, discussions about racial equity and new efforts to support small businesses –…