Giving Back Is the ‘Fun Part of the Job’

YOUNGSTOWN, Ohio — A significant portion of the profits that banks earn ends up supporting nonprofits in the communities where they earned those profits, both through the charitable foundations they established and their employees volunteering time at nonprofit organizations.

For Trish Gelsomino at Home Savings Bank, “It’s the fun part of the job,” she says.

Each December, Gelsomino, branch manager of the bank’s downtown office and community liaison for the Home Savings Charitable Foundation, enjoys going to the Rescue Mission of the Mahoning Valley. She and other employees donate wrapped blankets to those in the shelter, decorate the Rescue Mission for Christmas and serve lunch at the shelter.

“It’s the best way to experience Christmas at that time,” Gelsomino says, “and they really appreciate it.”

The foundation was established in 1998 after The Home Savings and Loan Co. went public. It supports 501(c)3 nonprofit organizations that submit grant requests.

Since its inception, the charitable foundation has awarded $16 million. The grants have benefited more than 200 organizations in the region.

One of the foundation’s most substantial commitments in 2017 was to United Way of Youngstown and Mahoning Valley’s campaign that focuses on early-education initiatives and after-school programs in seven local schools.

“We committed $100,000 in 2017 so they could expand beyond their initial number of schools,” Hierro says. “The financial component is important but the man-hours and the support are as important.”

Through the United Way program, Hierro volunteers as a “report card mentor.” He sits down with the same eight kids at the end of each grading period and goes over their report cards with them.

“I absolutely enjoy it,” he says. “It’s rewarding. We mentor and encourage them, and potentially provide them some incentives for improving from [grade] period to period.”

Banks in the Mahoning Valley work “on all levels” with the United Way, says its president, Bob Hannon.

“Every major bank in the area has someone sitting on our board or volunteering in our schools,” he says. “And most of the banks give at three different levels: through corporate, foundation gifts and employee giving.”

Huntington Bank committed in 2017 to adopt the McGuffey elementary school on Youngstown’s east side by donating $50,000 to support United Way’s after-school program there.

“It does much more for a community if we’re all pulling together and helping these organizations reach their goal,” says Bill Shivers, president of Huntington’s Mahoning Valley and Canton regions.

Huntington doesn’t have its own foundation, but each region where it does business has a budget for charitable giving, Shivers says. The bank’s philanthropy focuses on critical needs, financial literacy and neighborhood and economic development.

“My philosophy in life is giving everyone a chance,” Shivers says. “I can’t stress that enough. You don’t know what someone is capable of doing if you don’t give them that opportunity.”

Huntington has worked with the Youngstown Business Incubator by donating $100,000 for its entrepreneurship program that nurtures startup businesses.

“What they’ve been able to do is great,” Shivers says of the incubator. “They’re developing talent and retaining it in the Mahoning Valley.”

Beyond giving back financially, many of Huntington’s employees volunteer to work with organizations that serve their communities, even though they’re not required to do so.

“We want the employees to find something in the community and say, ‘I really want to give my time back,’ ” Shivers says. 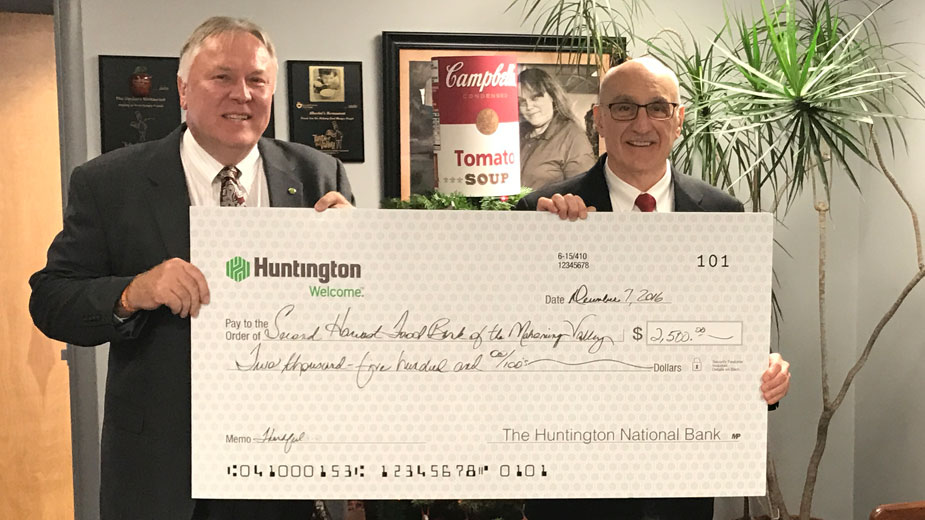 A project that gives Shivers great personal satisfaction, he says, is volunteering at Second Harvest Food Bank. “We’ll be sorting apples or food cans,” he explains. “Knowing the food is going to be distributed the next day to people that need it is a good feeling.”

Similarly, employees at PNC Bank are not required to volunteer, but the bank allows each to spend up to 40 hours a year with pay to volunteer through its Grow Up Great initiative. The $350-million effort was started in 2004 to prepare children up to to age five for success in school and life.

More than four million children have benefited across the 21 states in the PNC footprint since Grow Up Great started, says Ryan Pastore, vice president for client and community relations.

“We want to build stronger communities and the first way we can do that is through education,” Pastore says.

One program PNC partners with is the “Wow! On Wheels” program with the Oh Wow! The Roger & Gloria Jones Children’s Center for Science & Technology. The program provides classroom resource kits that focus on STEM – science, technology, engineering and math – for preschool and kindergarten teachers. PNC employees then go out to the schools and help the students learn more about the disciplines.

“We can take a field trip to a preschool classroom and get them excited about science,” Pastore says. “Hopefully, those kids who are excited about science will be the people working at America Makes or YBI later on and we’re just putting that spark in them at a young age.” 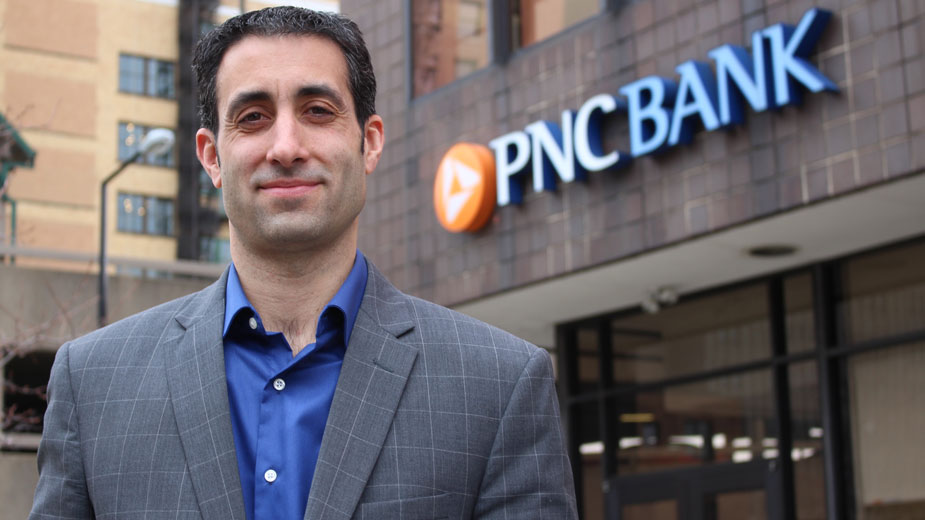 The PNC Foundation, established in 1969, focuses on supporting education, community development and the arts. To qualify for support, Pastore says, an organization must be a nonprofit.

“Here in the Mahoning Valley, we want to focus on impact rather than dollars. We want to make sure the dollars we have are invested well and getting the most return,” Pastore says.

“We are completely funded by private donors, corporations and foundations, since we don’t receive government funding,” Wyant says. “It’s essential that we have great partnerships with all kind of businesses and the banks are really a leader when it comes to helping out here at the mission.”

Pastore says it’s important for banks to build the communities around their branches.

“To make them stronger, to make them more vibrant,” he says. “That’s how we grow and thrive and we want to do that for our communities as well.”

CANFIELD, Ohio – Farmers National Banc Corp. declared a quarterly cash dividend of $0.17 per share, representing a 21% increase over the same period last year. The common stock cash dividend will have a record date of Dec. 9 and…