“It started out like any other normal day,” he said. “We walked in and started our job like we always do.”

Just after 7 a.m. the last vehicle to be produced at the Lordstown plant, a 2019 white Chevrolet Cruze sedan, passed his workstation at the facility’s trim shop. “It didn’t sink in until you see that last car coming down the line. It was an emotional day in there.”

As the final car passed his station, Davies said he felt a sinking feeling in his stomach. “It was surreal, looking at my co-workers in our group, knowing that I wouldn’t be working with them anymore.”

Still, there was a conscious effort among his colleagues not to bid each other goodbye, Davies said. “We said, ‘We’ll see you later,’ because we’re hopeful for another product.” 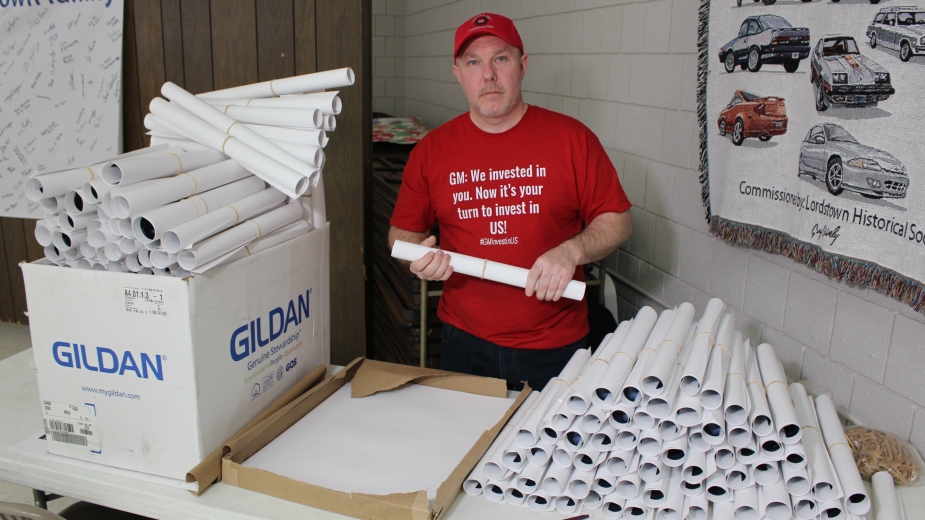 John Davies said the final day at the GM Lordstown plant didn’t sink in until the final Chevrolet Cruze came down the line to his station.

Still, hourly employees displayed mixed sentiments of anger, frustration, sadness and optimism as the plant wound down production of the Cruze Wednesday and prepared to shut down indefinitely.

Davies said he plans to place an option to relocate to another plant on hold until GM makes a final decision regarding the fate of Lordstown and whether the automaker would award it another product to build there.

“I have faith in our [UAW} Local and our national, and I think they’ll fight hard for us,” he said.

Should GM decide not to award a new product to the plant, Davies said he would put in for a transfer to another manufacturing site. “I can’t give up my pension and my benefits because of my wife and kids,” he noted. His children, one a senior in high school and another one attending Youngstown State University, would remain in Ohio with his wife.

In late November, GM announced that it would place GM Lordstown and two other assembly plants in North America on “unallocated” status, meaning that production of the current product would cease and that a new vehicle would not be manufactured at the plants anytime soon.

The United Autoworkers is scheduled to start negotiations on a new collective bargaining agreement with GM this summer before the current contract expires in September. Many see these negotiations as critical to determine whether Lordstown is eventually allocated a product.

“Our fate really rests in their hands at the bargaining table,” said David Green, president of UAW Local 1112, which represents about 1,400 workers whose last day on the job was yesterday. “They’re going to fight for us.”

“We’re trying to remind people that the end could be a new beginning,” Green said. “This was no fault of their own.”

Green said the workforce here built a quality vehicle in the Cruze, and Local 1112’s members represent the best workers in the world. He added the position of the plant near major highway arteries presents excellent logistics, and the quest for a new vehicle has political, business and community support from the “Drive It Home” campaign. 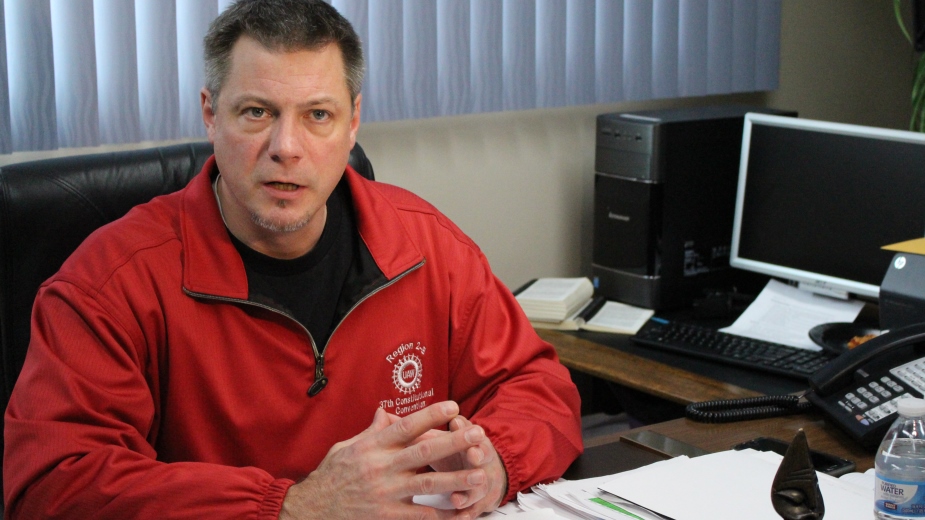 David Green, president of UAW Local 1112 is hopeful a new collective bargaining agreement with GM could save the Lordstown plant.

“We’re ready to build the next product, whatever it is,” he said. “Give us a truck, give us an electric car and anything in between.”

Graham said when he was Local 1112 president in 1998, GM was prepared to close the plant. “We were within six months of shutting the plant down,” he recalled. Yet, a new collective bargaining agreement, plus direct contact and cooperation between the union and management, helped save the Lordstown complex and secure the Chevrolet Cobalt.

This time around is different, Graham said.

“You have to be heartless to tell the membership just before the holidays that you’re going to shut their plant down,” he said. “I’ve never seen anything like this.”

Graham knows full well what the union membership and its leadership have done for the Mahoning Valley and General Motors. “We’ve put out something like 16 million vehicles,” he said. “I don’t know what happened to General Motors. But I’m cautiously optimistic that we’re going to get something here. I just have a gut feeling.”

After the shift ended, about 100 plant employees gathered on the corner of Hallock-Young and Bailey roads in frigid temperatures just across the street from the plant, where community activist Werner Lange had constructed a makeshift vigil to draw attention to Lordstown’s fate.

At one point, the crowd moved toward the middle of Bailey Road, blocking traffic for a short period and chanting “UAW! UAW”

Mark Franko of Cortland, a tool and die maker at the plant for 28 years stood front and center at the rally holding a large American flag. As the plant emptied out and cars poured from the exits, they honked with approval.

While Wednesday was the final day for most hourly employees in the plant, Franko said his team would be working for another two weeks or more stamping out service parts for the Cruze. “We’ve got a couple weeks of doing that, then we’ll finish the maintenance on the dies so they get shipped for storage – and then we get laid off.”

Franko said it was a solemn occasion to watch the final vehicle move off the line. “A lot of people were crying, disheartened about what was going on.”

For autoworker Gretchen Gualandi of Brookfield, closing the GM Lordstown plant also means closing a legacy of autoworkers in her family that began with her grandmother. “I had a father, stepmother, two uncles, two aunts and me. I have 25 years,” she said.

“My daughters worked here,” she said, becoming emotional. “This was everything to our family. It’s sad. It’s very, very sad.”

Amy Drennen worked at the plant 12 years and her father retired from the plant. She and Gualandi worked side-by-side, along with several others, and had forged an important friendship over the years. “We’re not just co-workers, we are a family,” she said.

Barry Brown of Cortland, an autoworker at the plant for 11 years, but has 25 years vested in GM through other plants, said that he attributes the closure to “company greed” and GM’s trend to ship production overseas to Mexico.

Moving is out of the question, since his mother is 86 years old, and he has one child in high school and two others in college.

“I never thought it would come to this,” he remarked. “Hopefully we get another product.”

Pictured above: Mark Franko waves an American flag outside the GM Lordstown plant, saluting co-workers as they drove from the plant’s parking lot.