CORNERSBURG, Ohio — Homemade seasoned chicken on the top of French toast with strawberries and maple syrup. This is just one of the creative menu items at Guliet’s Bistro that was inspired by the travels of owner and head chef, Gina Melfi.

For 11 years, Melfi traveled for her job in the health-care industry, but said she was always interested in cooking. After moving to Cleveland for school, she lived in Los Angeles, where she said she gained most of her culinary experience. When she saw the building at 3649 Canfield Road that would become her bistro, she said it reminded her of LA bistros.

“I learned a lot of things from different people in my life,” she said. “I just loved food, flavor and taste. I just knew how to cook.”

She moved back to Youngstown in 2014, and two years later purchased the former Evergreen Tavern at 2800 South Ave. to open Savo Bar and Grille, which features a New Orleans-inspired Cajun/soul food fusion style. Guliet’s Bistro, which opened in October, is a blend of Creole, Italian, Spanish, Latin and Caribbean food, she said.

“Both restaurants are fusion restaurants, which is something I wanted to bring to the area because there’s not a lot of fusion around here,” she said. “Fusion to me means a combination of little bit of everything.” 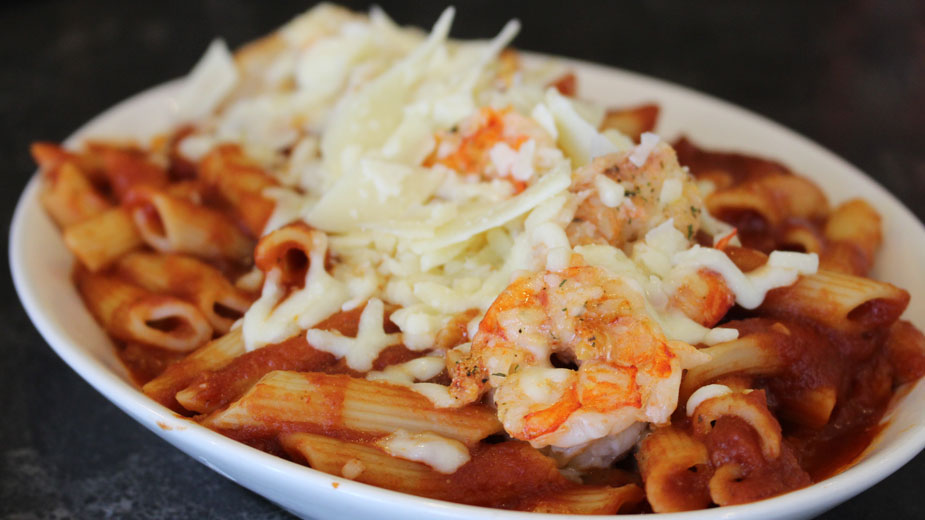 Dan Hudak of Kinsman visits Guliet’s Bistro about once every two weeks. He always gets his food to go to eat at the home of his 93-year-old mother who lives right down the street from the restaurant, he said. On this day, Hudak ordered the salmon.

“The dish she makes is the best salmon that I’ve ever had,” he said. “It’s like a sit-down restaurant meal that we get to take home. We just love it.”

All of Melfi’s seasonings and sauces are homemade recipes that she developed during her travels. She also learned a lot from her mother and her grandmothers, she said. 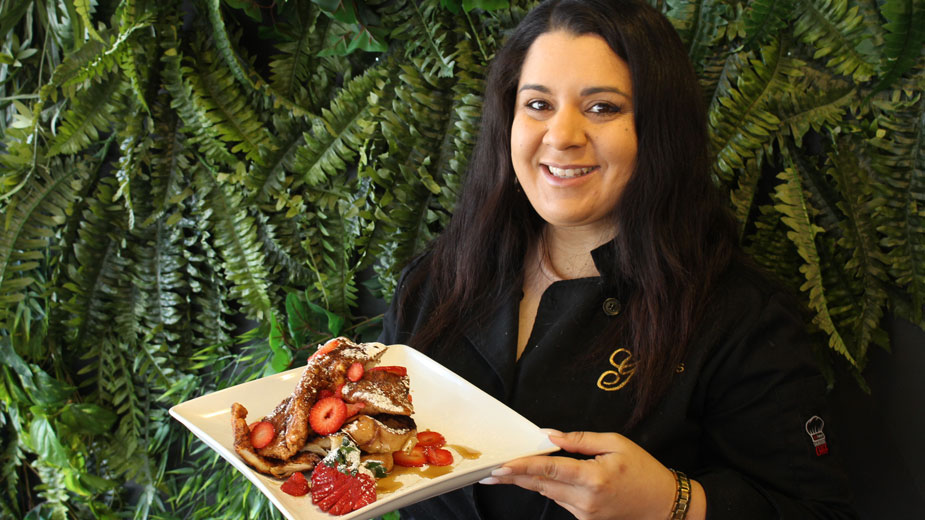 “I am self-taught,” she said. “I just come from a very good line of cooks, I guess. I’ve been cooking for my kids for years.”

The menu includes pasta, soup, salads and a selection of main entrees and sandwiches, including The Cubano – Melfi’s take on the Cuban sandwich that is popular in Miami. The sandwich features homemade pork roast, ham, pickles, mustard and Swiss cheese on a baguette with Melfi’s own seasoning blend and sauce.

“Our specialty across the board has been lamb,” she said. “Since we opened Savo and now with Guliet’s, lamb is kind of our thing.”

Melfi changes a part of the menu everyday, she said.

“We just kind of like to do a lot of specials and run different things always,” she said. “We are more so creating. If it’s available and you want it, we make it. We’re cooks, it’s what we do.”

Melfi is working to launch her own seasoning line as well, called An Acquired Taste. The line is the same that is used her recipes in the restaurant, as well as her cooking show on her YouTube channel of the same name, she said.

Guliet’s Bistro is located on 3649 Canfield Road in Cornersburg, is open from 10 a.m. to 9 p.m., Monday through Saturday and is closed on Sunday. A brunch menu is available from 10 a.m. to 1 p.m.

Pictured above: Gina Melfi is owner and head chef of Guliet’s Bistro at 3649 Canfield Road in Cornersburg. The fusion-style restaurant features a blend of Creole, Italian, Spanish, Latin and Caribbean food.