The former manager of the Joe Maxx Coffee shop in downtown Youngstown for about seven years lost her job when the store closed during the height of the pandemic. All those years of work and experience went down the drain.

She was initially hesitant to find a similar job. But coffee shops were what she knew best and loved the most. In time, she realized that the closure was actually an opportunity.

At the urging of her husband, Sean, Clark opened her own shop, Hallowed Grounds Coffee, last month in a small shopping center just off state Route 170 in the heart of New Middletown village. She and Sean are co-owners and work at the shop every day.

Business has been brisk from the start, Victoria says, which tells her that she made the right decision.

“There is no other industry I want to be in other than coffee,” Clark says. “I’ve been in the service industry since I was 15, and I found a section of it I that I love. It’s a different side of the restaurant business.”

Clark says she loved the people she worked with at Joe Maxx, and enlisted them to appear in a television commercial for Hallowed Grounds.

At Joe Maxx, Clark started as a barista and worked her way up to manager, learning every aspect of the business along the way. Hallowed Grounds is her first business, but Sean has launched several in the past. “Even before COVID, he was saying, ‘let’s open our own coffee shop,” she says.

“We tried Columbiana,” Clark says. “But there is a boom there and nothing is available. Or if it is, then it’s available for about eight hours or it’s insanely priced.”

On on one location-scouting trip, the Clarks drove up to the then-empty site of their shop and peeked in the windows. “The next day we signed the papers,” she says.

While the Clarks found a town that was, “a little bit Mayberry,” they added their own personality to their shop.
That means spooky, which is a style they love.

It’s easy to spot the creepy décor around the spacious seating area, and it’s even more noticeable with Halloween right around the corner. There are Gothic books on a shelf, and monstrous art on the wall, a coffin-shaped spice rack, and, if you look closely, the odd creepy-crawly.

“We’re a little on the spooky side,” Clark says. “Those were our home decorations.”

The name of the shop itself plays on the theme.

“We had our wedding photos taken in a cemetery and we were thinking of something cemetery-related for a name,” she says. “Hallowed Grounds is a play on words, because it’s creepy land and it’s also coffee grounds.”

The full line of fine coffee was created by a barista. The shop also sells breakfast sandwiches, pastries, muffins and Danishes, as well as New York-style water bagels.

In the future, Clark expects to gradually add wraps, sandwiches and similar light lunch items to the menu.

The New Middletown community has embraced Hallowed Grounds “with open arms,” she says, adding the shop’s tables are fully occupied on weekends well into the afternoon. “It’s a nice place for the community to get together.”

Hallowed Grounds will have a grand opening celebration Oct. 30 – that’s Halloween weekend – from 1 to 5 p.m. in the parking lot. The event will feature representatives from a dog rescue agency, hot dogs, treats, giveaways and candy, and also tarot readings. Guests can come in costume if they want.

The shop is in the plaza at state Route 170 and Sycamore Drive, near the Tiger’s Table Den & Deli. Even its address – 13.5 Sycamore Drive – is a bit spooky.

Pictured at top: Victoria and Sean Clark own and operate the coffee shop. 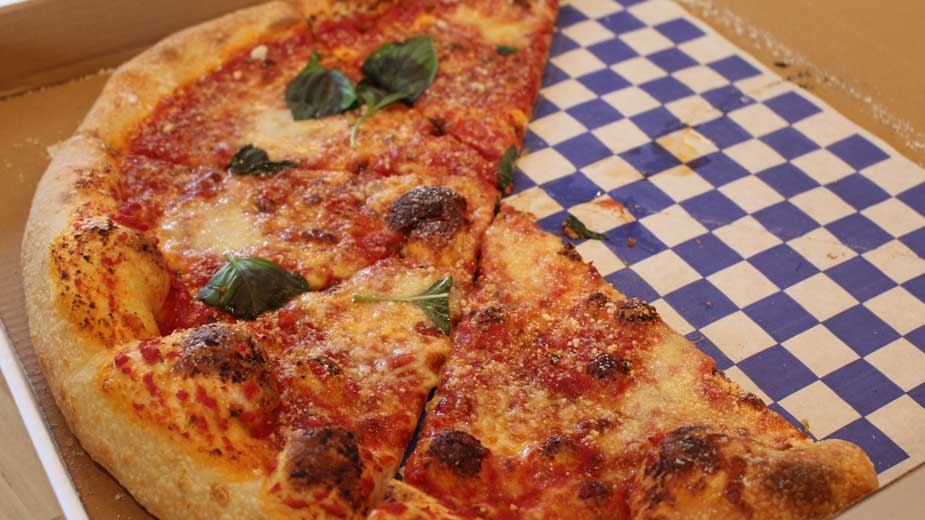 POLAND, Ohio — Ross Fowler’s hands take a fresh ball of fermented sourdough pizza dough out of a large commercial-sized refrigerator. He flips it a number of times into an 18-inch shaped circle and perfectly forms it on a wooden…

AUSTINTOWN, Ohio — Hollywood Gaming at Mahoning Valley Race Course has introduced new ways to play, in an effort to ensure a cleaner, safer environment for team members and guests, according to a press release. The Mychoice app, using Bluetooth…

By TOM KRISHER AP Auto WriterDETROIT (AP) — High prices for trucks and SUVs helped General Motors post a $2.4 billion third-quarter profit despite factory closures due to a shortage of computer chips and other parts. But the profit was…